Japanese vehicle suppliers’ production in Russia is mostly intended for the domestic market. Toyota Boshoku and Sanoh Industrial operate in-site factories at the automobile plants of Toyota Motor and Nissan Motor respectively, while U-Shin supports the local operations of Mazda Motor. Meanwhile, some Japanese parts makers supply Russian automakers such as AvtoVAZ and GAZ. As sanctions are tightened on Russia following its invasion of Ukraine, it will become increasingly uncertain whether Japanese automakers will continue business activities in Russia in the future, which means that suppliers will also be forced to make difficult choices.

In Ukraine, only a handful of Japanese parts suppliers are present and have been supplying automakers in other European countries. However, since Russia's invasion of Ukraine began, production have been suspended in Ukraine. Sumitomo Electric Industries plans to transfer production to Morocco and Romania in 2022, while Yazaki and Fujikura might do likewise as they operate alternative plants throughout Europe.

We will soon release a dedicated interview with Nishitani Tomoaki—economist and representative of N&R Associates, former employee of Japan’s embassy in Ukraine and later head of Toyota Motor’s operations in Russia. 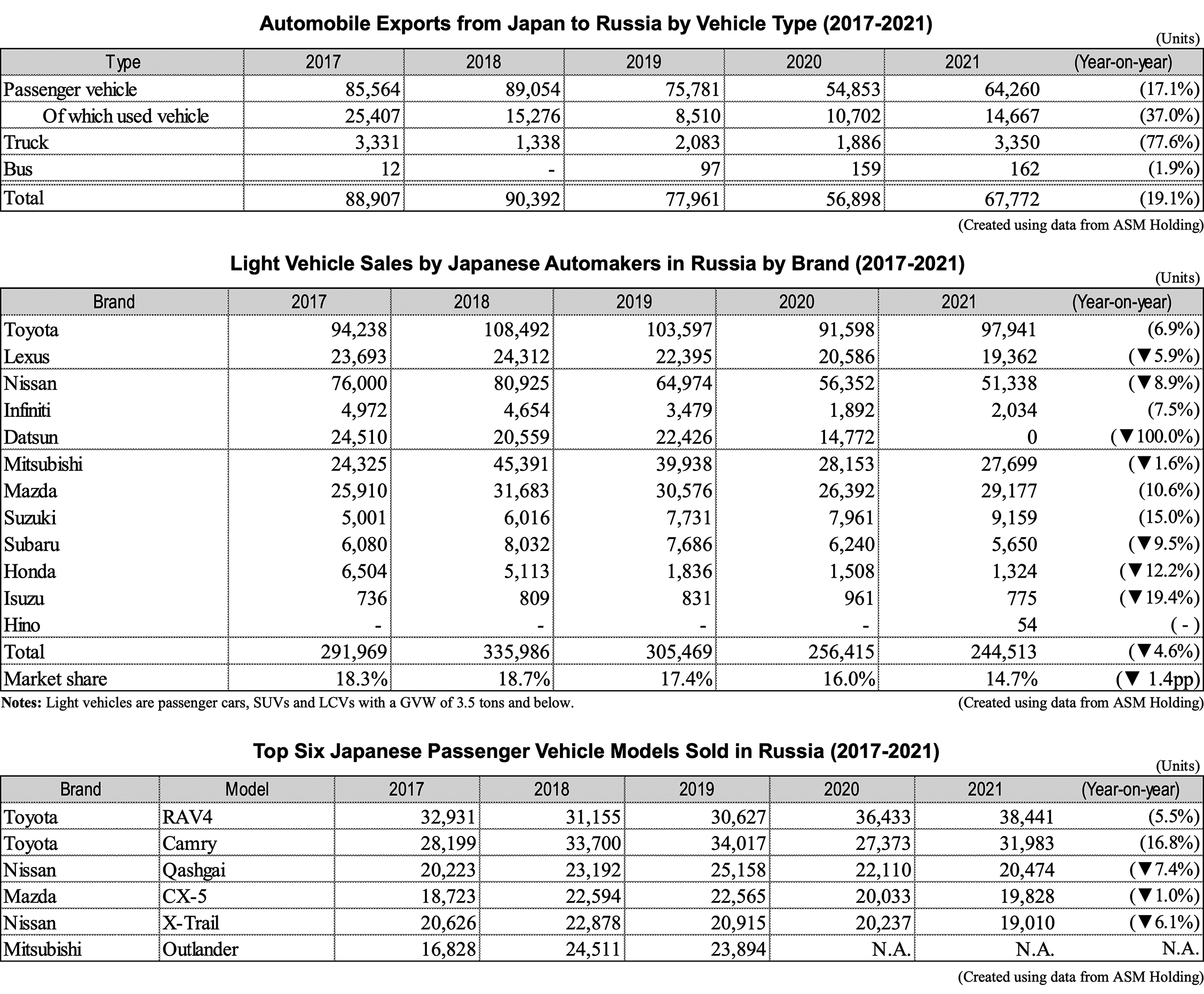