In 2007, Toyota Motor launched a plant in St. Petersburg, Russia and began production of the Camry midsize car. As of March 2022, in addition to the Camry, the St. Petersburg Plant also manufactured the RAV4 compact crossover SUV. The plant’s initial production capacity was around 50,000 units per year but in the next 10 years it gradually increased to about 100,000 units. Although production dropped below 70,000 units in 2020 due to the pandemic, it surpassed 80,000 units in the following year, reaching a record high level in the past five years. Following Russia's invasion of Ukraine in late February 2022, Toyota’s business operations in Russia has become uncertain. In the beginning of March 2022, Toyota halted production and sales in Russia and exportation of vehicles in CBU form to Russia until further notice. 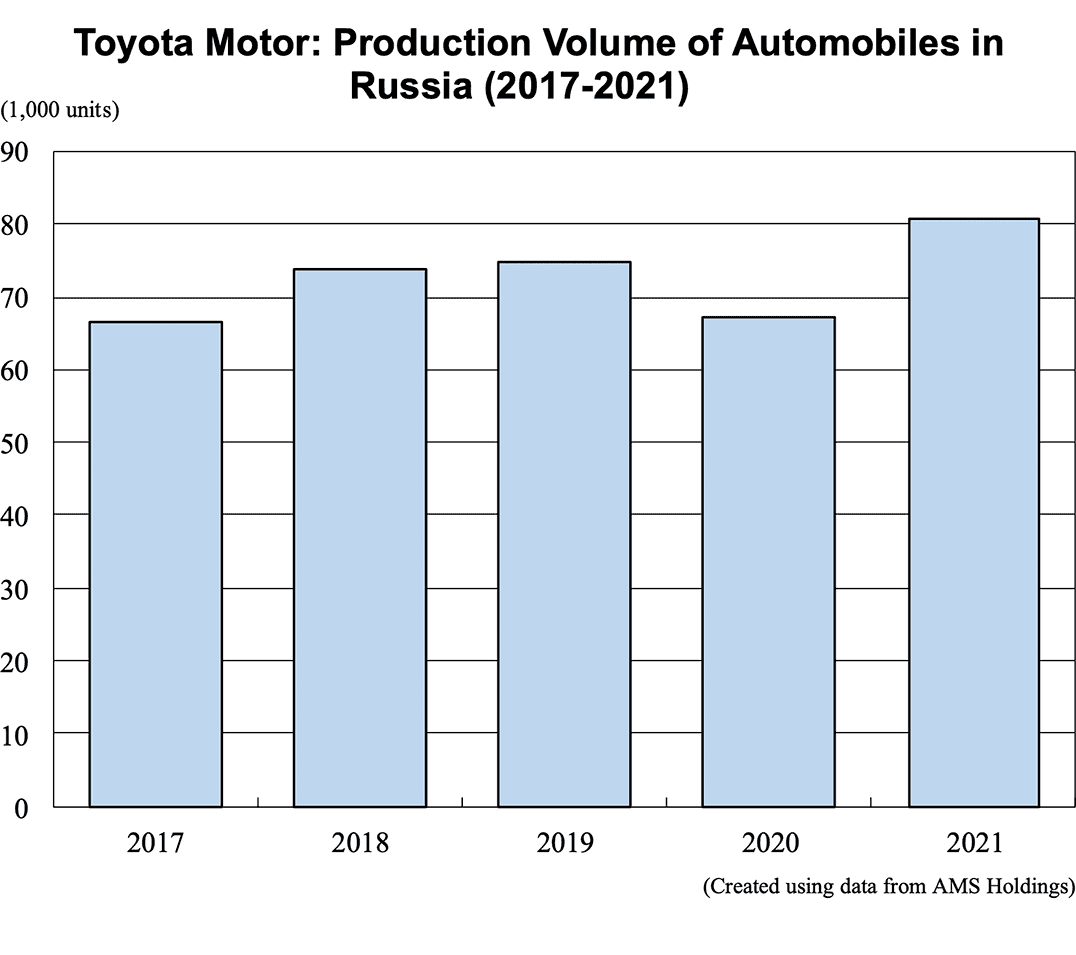 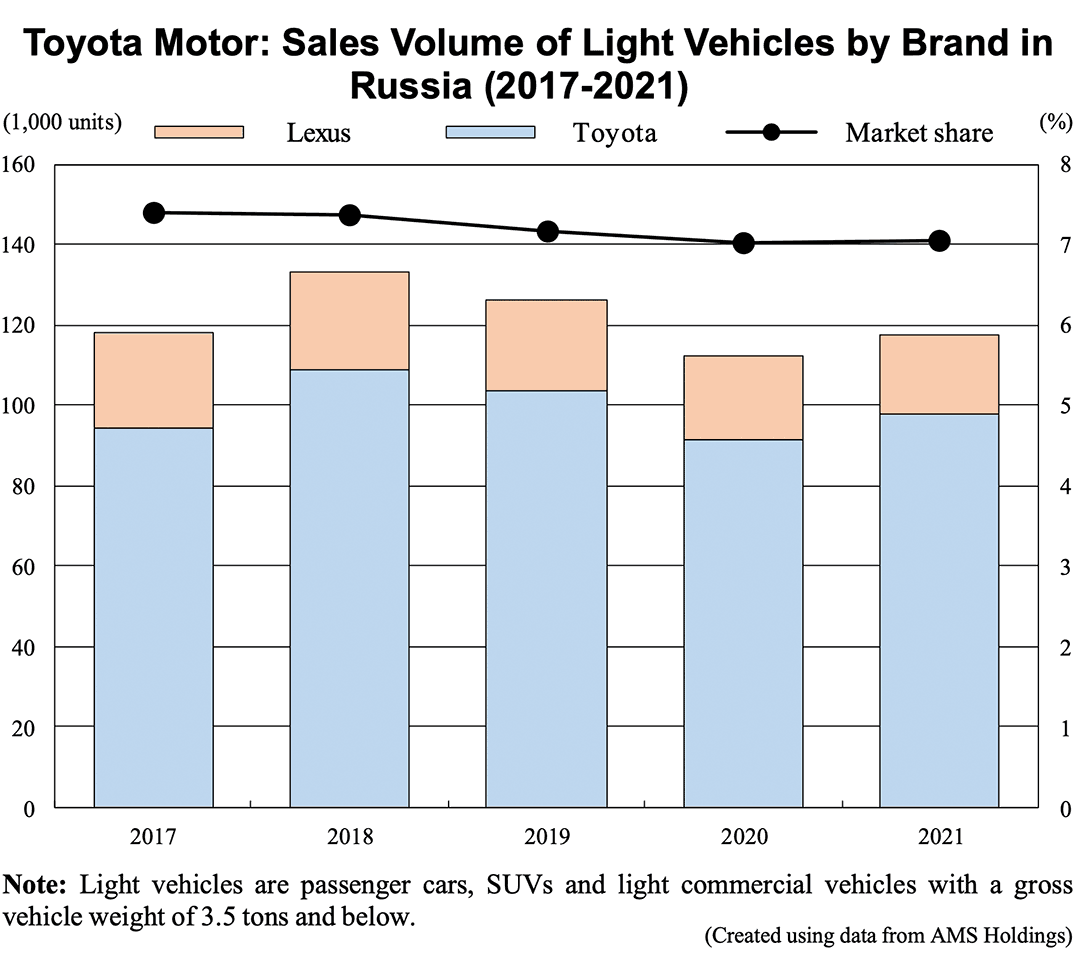