Nissan Motor has been manufacturing automobiles in St. Petersburg, Russia since 2009. The plant has an annual production capacity of 100,000 units, producing three crossover SUVs, the X-Trail, Qashqai and Murano. Its alliance partner Renault makes the Nissan Terrano at its local plant Renault Russia. In addition to the Nissan brand, Nissan also sells models of the Infiniti marque in Russia. Nissan has been using its alliance partner Renault to boost business in Russia. However, Renault suspended operations in Russia in late March to comply with international sanctions imposed after the country's invasion of Ukraine. Since the French automaker is also considering withdrawing from the Russian market, Nissan will also have to reconsider its activities in the country. For now, the Japanese automaker suspended production in Russia on March 14, 2022. Along with local production, exportation of vehicles in CBU form to Russia has been halted as well. 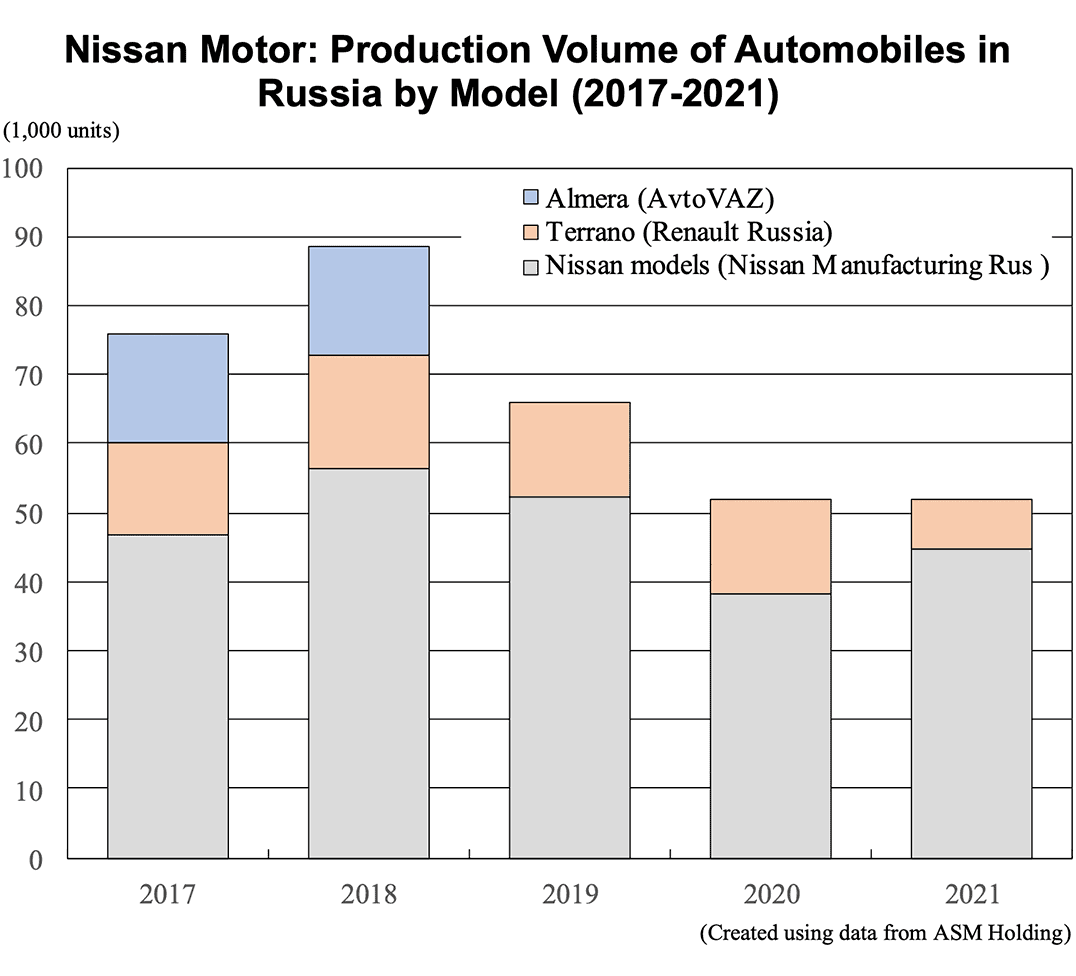 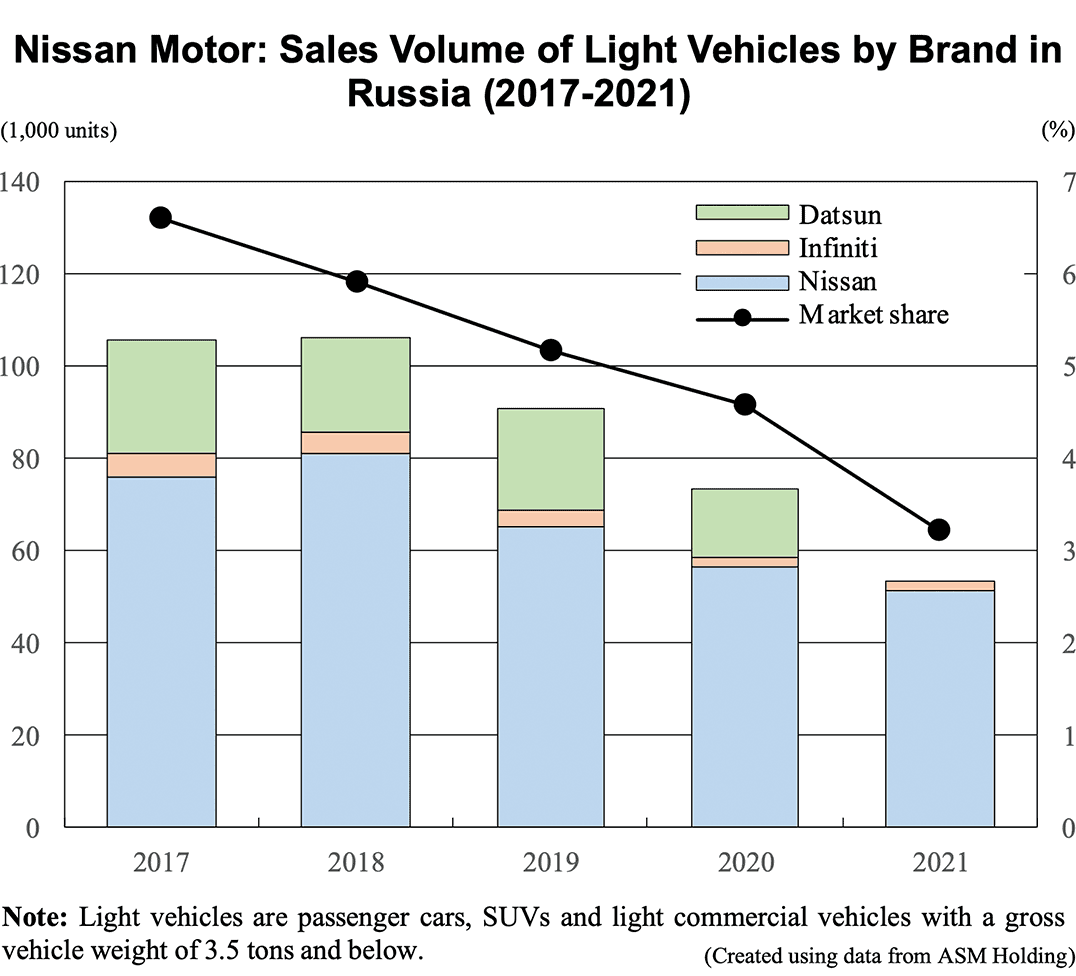 Nissan Motor: Overview of Manufacturing Base in Russia (As of March 2022)

(Created using Nissan Motor’s PR materials)
Please log in or subscribe to AAA weekly to view the rest of this report.
Free trial subscriptions are available!