According to a PR report released in October 2019, the company was the third largest supplier of drive batteries in the Chinese new-energy bus market in 2018 and in the first nine months of 2019. EVE Energy’s main customers are Nanjing Golden Dragon Bus, Geely Automobile, Dongfeng Motor and Yutong Bus. The company’s main products for NEV passenger vehicles are laminated batteries. In August 2018, the company signed a contract with Daimler to supply ternary laminated lithium-ion batteries for passenger vehicles until the end of 2027. In March 2019, Huizhou EVE Jineng was selected by Kia Motors as a supplier of drive batteries for passenger vehicles. The supply scale is planned to be 13.48GWh until 2025. 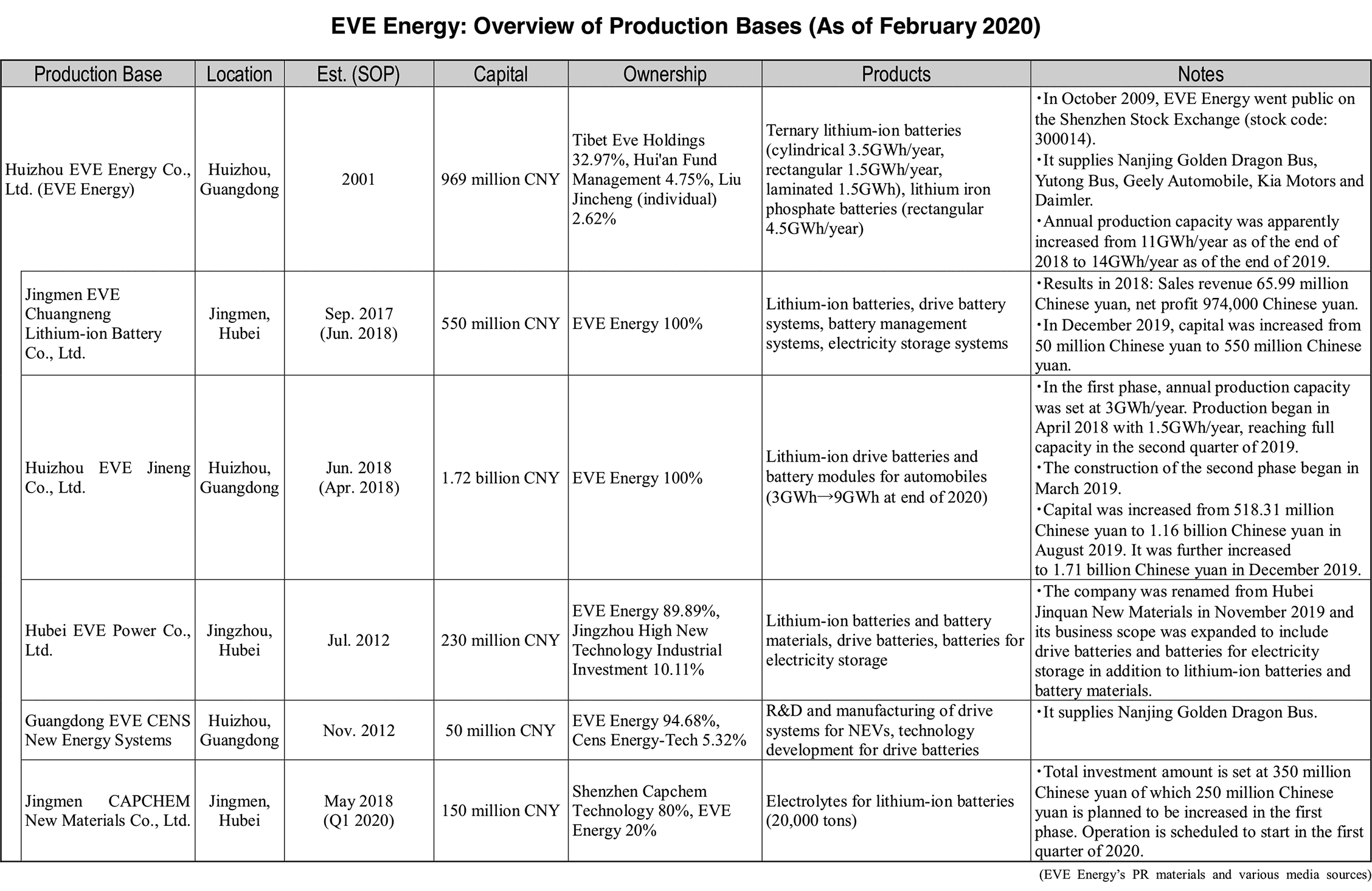 (ZHANG Huifang)
Please log in or subscribe to AAA weekly to view the rest of this report.
Free trial subscriptions are available!