The new coronavirus (COVID-19) has spread from China to over 180 countries and regions around the world. China’s automobile production restarted in mid-February (Mid-March in Hubei Province), but the utilization rate is remaining low even now in April. Possible causes are lack of parts due to delay in the recovery of distribution networks, shortened operation time and social distancing between employees. Looking at production data released by the China Association of Automobile Manufacturers (CAAM), in February 2020, the number of vehicles produced in China decreased by 1.13 million units (down 79.8%) from the same month of the previous year to 285,000 units, and in March it decreased by 1.14 million units (down 44.5%) to 1.42 million units. In the first three months of 2020, production declined by 2.87 million units (down 45.2%) to 3.47 million units which is about half of the same period of 2019 when the market was slowing down. In February, the production volume was zero for several manufacturers with factories in Hubei Province, the alleged epicenter of the new coronavirus, including companies under the Dongfeng Motor Group.

According to CAAM’s data, as of mid-April 2020, 86% of employees returned to work in major automobile companies, and the utilization rate of production equipment reached 75% of the 2019 level. After April, utilization rate is expected to rise further, reaching the same level as that of the previous year. However, as of April 27, operations of automobile factories and parts factories in Europe and the United States were put on hold. Therefore, it is uncertain whether production recovery can continue. There is concern that production stoppage in Europe and the United States will impact manufacturers in China, mainly Sino-foreign joint ventures that procure parts from overseas. 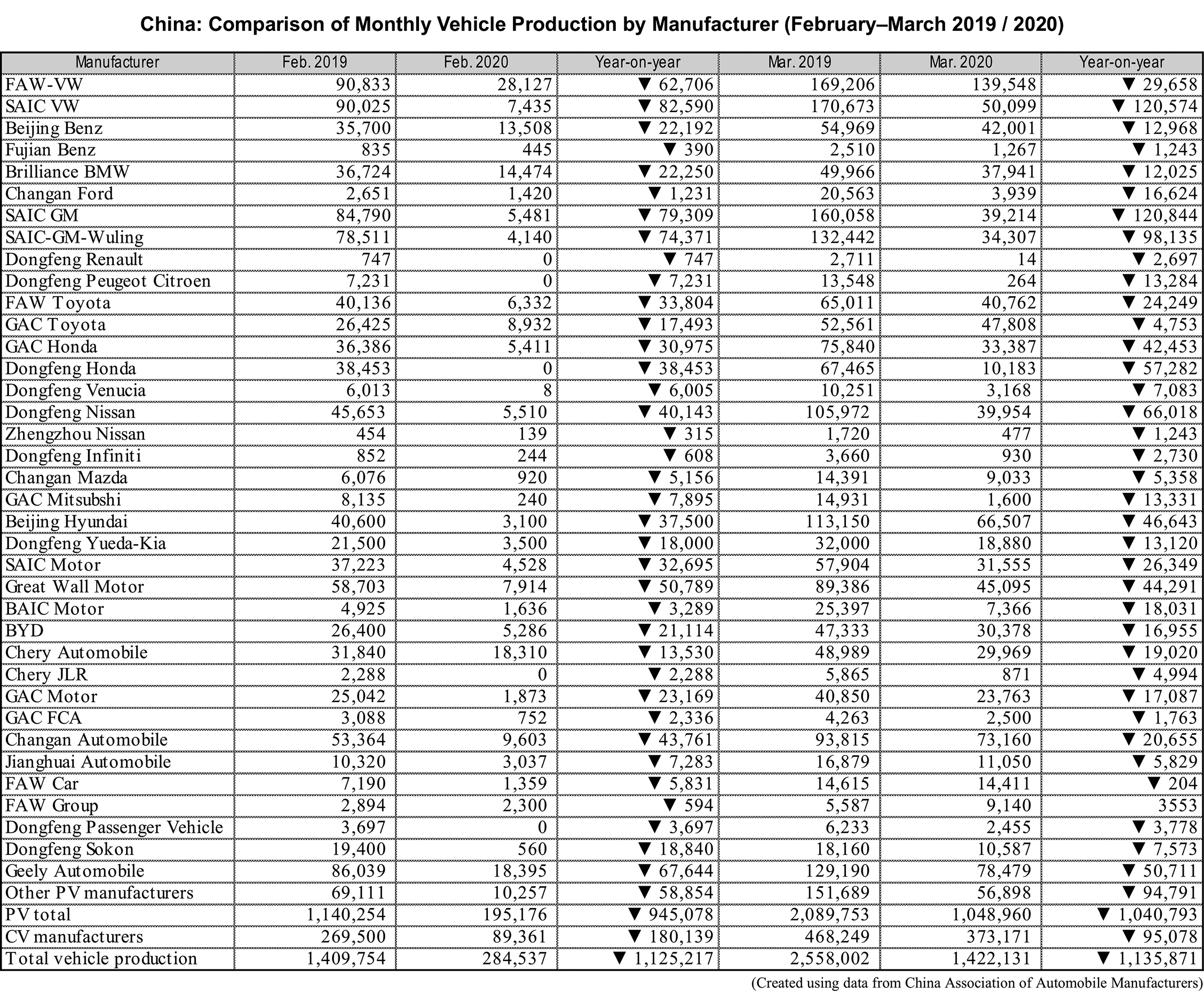 (SHEN Minglei)
Please log in or subscribe to AAA weekly to view the rest of this report.
Free trial subscriptions are available!