Tianjin Lishen Battery Joint-Stock, a Chinese battery manufacturer, is one of the leading suppliers of Lithium iron phosphate (LFP) and nickel manganese cobalt (NMC) batteries. The company’s sales have steadily increased in recent years, except in 2017 due to intensifying competition. The Chinese government’s measures to support the purchase of new energy vehicles are greatly helping sales. 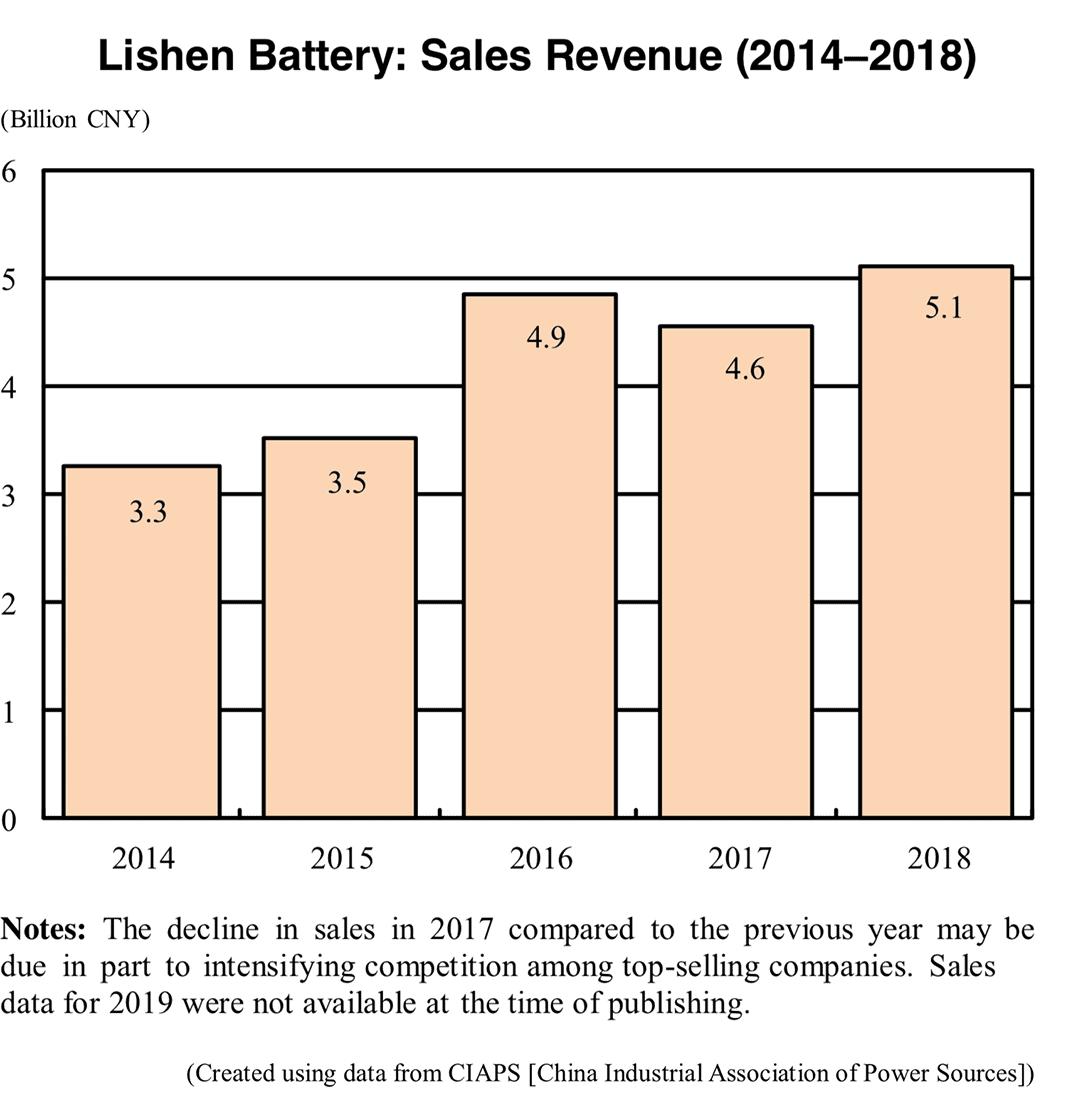 Lishen Battery plans to increase its annual production capacity to 50GWh by 2025. There are also reports that the development of a lithium-ion battery with a weight energy density of over 300Wh/kg has been completed.

However, the obstacle to achieving its goal is intensifying competition within the industry. According to China Industrial Association of Power Sources, Lishen Battery’s market share in the lithium-ion battery sector stood at a mere 3% in 2019, greatly lagging behind market-leader CATL which controls 50% of the market and BYD, ranked second in 2019, whose market share is a little less than 20%. In an effort to boost sales, the company is eyeing overseas markets; however, the expansion of sales channels and technology improvement must be first addressed.

Lishen Battery’s ambitious goal for 2025 and sluggish sales due to the new coronavirus will surely prompt the company to step up business activities.