Mitsubishi Motors is increasing automobile production in Indonesia. Mitsubishi’s vehicle production in Indonesia increased 18.2% year-on-year in 2019 to 194,000 units, reaching a record high. Although domestic sales fell 16.7% to 119,000 units, increased exports of the Xpander crossover MPV contributed to the rise in overall exports, going up 2.4 times to 65,000 units. In May 2020, the Renault–Nissan–Mitsubishi alliance announced its policy to divide up the global market among its brands, reaffirming that the alliance’s core brand in ASEAN will be Mitsubishi. Business operations are planned to be expanded in Indonesia as one of the most important bases in ASEAN.

Mitsubishi’s recent expansion in Indonesia is being driven by the Xpander, whose production and sales began in Indonesia in 2017. Exports of the Xpander from Indonesia started in April 2018. In response to the popularity of the model, Mitsubishi increased its Indonesian plant’s annual production capacity from 160,000 units to 220,000 units in 2019. Although the domestic sales volume of the Xpander in Indonesia decreased over 20% in 2019 due to weakening new-vehicle effect, the Xpander Cross was launched as the top model of the series in November 2019 with an aim to expand sales. CBU exports of the model have been increasing and the number export destinations reached 19 countries as of April 2020.

Mitsubishi will continue cooperation with Nissan in Indonesia even after latter one ceases automobile production in the country. Mitsubishi began OEM supply of the Xpander to Nissan in February 2019, while Nissan plans to manufacture engines for the Xpander at its local plant starting from 2020. 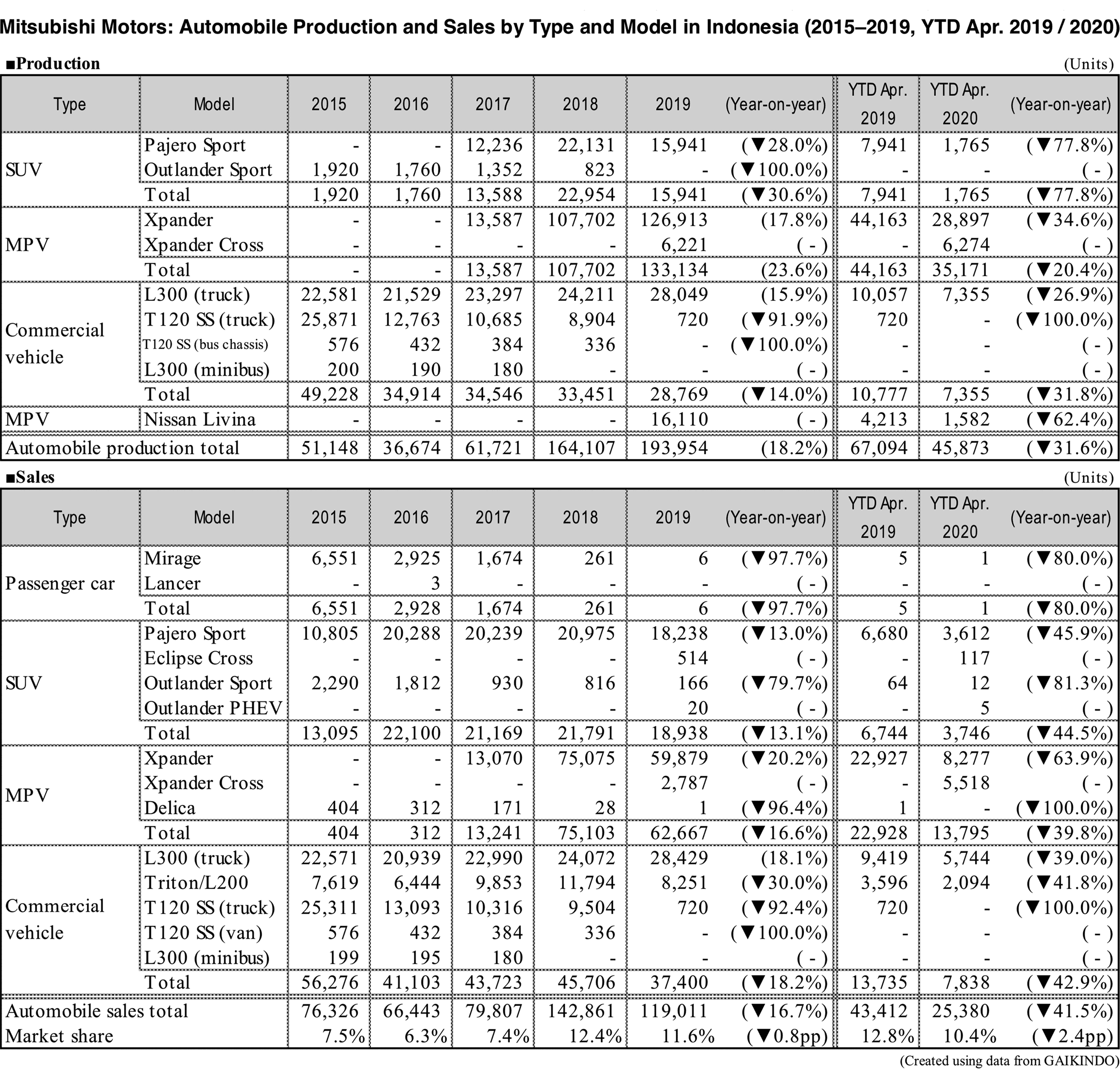