Russia’s invasion of Ukraine at the end of February 2022 forced Japanese automakers to suspend manufacturing and business operations in Russia and Ukraine. All six Japanese automakers which manufacture vehicles in Russia halted operations in the beginning of March 2022 due to sanctions over Moscow’s invasion of Ukraine. Parts supplies to Russian plants and vehicle exports to the Russian market were discontinued as well. Sanctions are expected to have a serious impact on used vehicle exports from Japan to Russia. In 2021, Russia was the largest export destination for used vehicles from Japan. A total of 162,000 units were exported which accounted for 13% of all used vehicle exports from Japan. 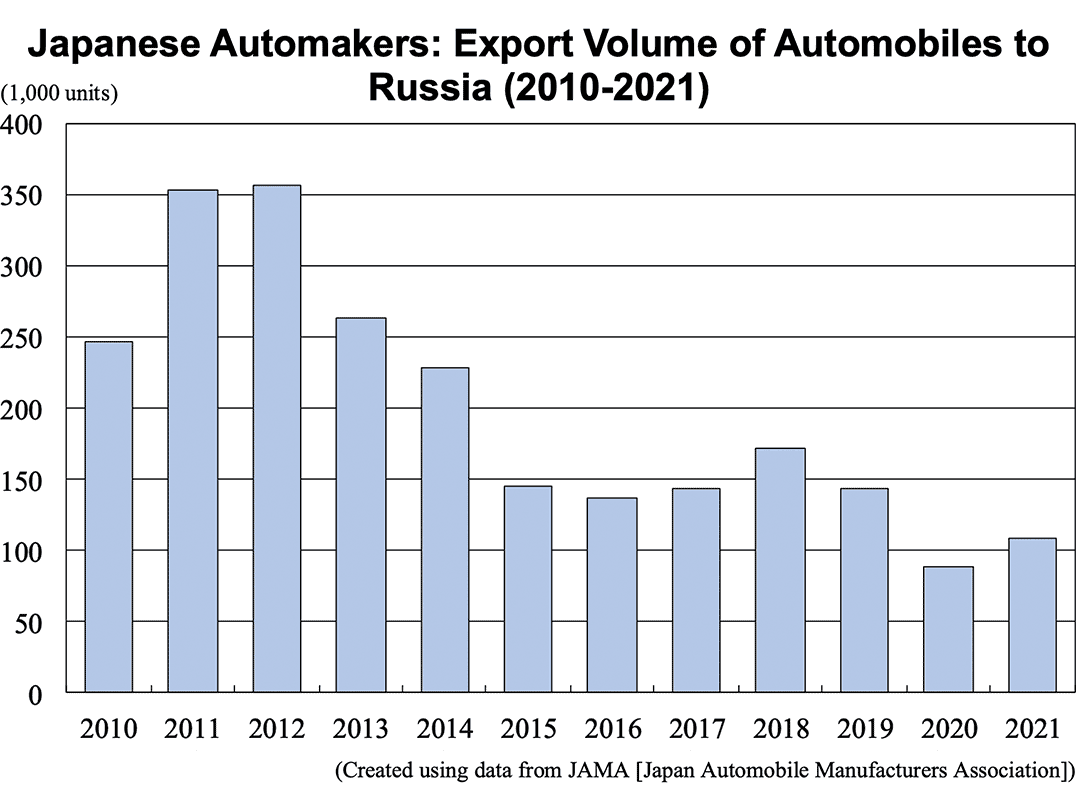 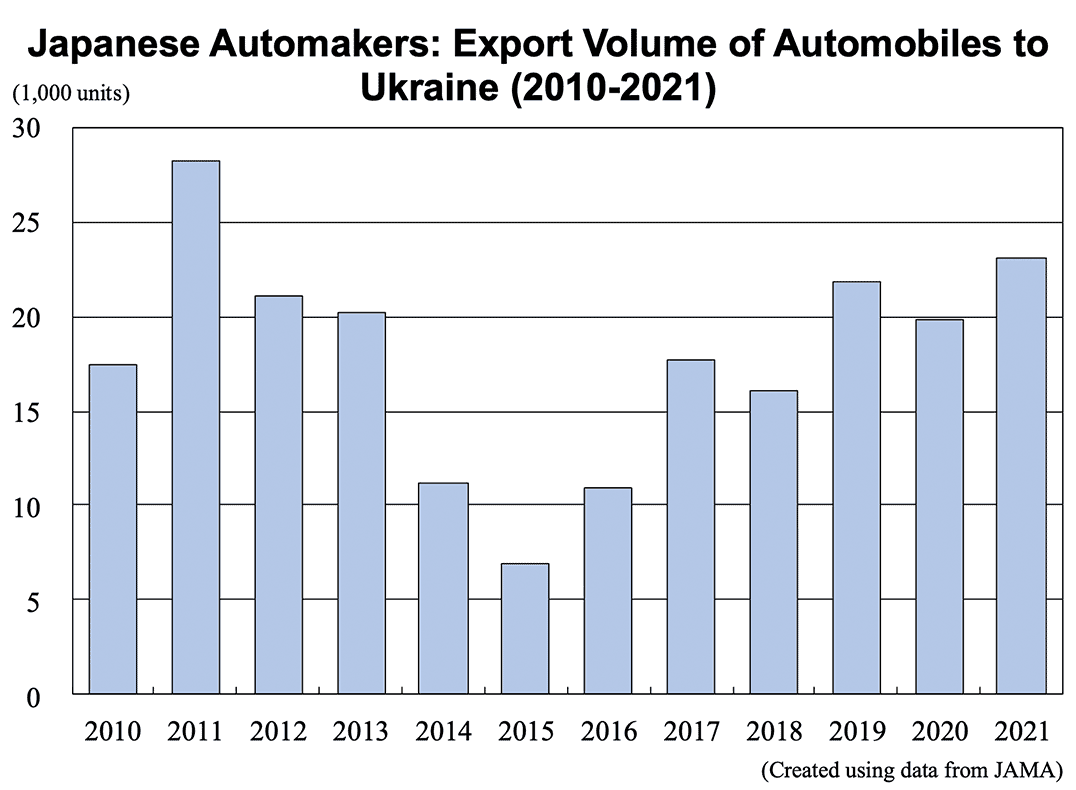