In 2019, Indian motorcycle and three wheeler manufacturer Bajaj Auto’s motorcycle production in India fell slightly, down 0.2%, from the previous year to 4.08 million units. While the production of major competitors decreased, Bajaj Auto remained virtually at the same level as the previous year. In 2019, the decrease in domestic sales was offset by the increase in CBU exports, which was the highest ever. The company’s market share in India has recovered over the past two years, and the company is working to strengthen and expand its business both at home and abroad.

Motorcycle sales in India fell 5.9% in 2019 to 2.29 million units. While the total motorcycle market decreased 14.2%, Bajaj Auto’s decline was modest, its market share increasing 1.1pp to 12.3%. The company’s market share has been around 10–11% since 2014, rising to the 12% range for the first time. The increase in market share has been triggered by sales promotion activities such as discount sales and zero-interest-rate loans, as well as sales expansion in the 125cc segment. The driving force behind the increased sales of 125cc motorcycles was the Pulsar 125 Neon, released in August 2019. It was the first model to be equipped with a 125cc engine in the Pulsar series, which had previously been marketed only with 150cc or larger engines. While Bajaj Auto has a strong presence in the 100–110cc commuter bike and150–225cc entry sports bike segments, it is now turning its attention toward the mid-range 125cc class. Bajaj Auto is also engaged in electrification. The company launched its first electric scooter the Chetak in January 2020. The model is equipped with Bosch’s lithium-ion battery and drive motor.

Bajaj Auto has also joined forces with foreign manufacturers. Bajaj Auto has a 48% stake in KTM, an affiliate of PIERER Mobility of Austria. In India, Bajaj Auto manufactures and sells KTM brand vehicles. In 2019, the number of KTM brand vehicles sold in India increased 37.1% to 63,000 units. Bajaj Auto and PIERER Mobility plan to start mass production of jointly-developed electric motorcycles in India in 2022. In August 2017, Bajaj Auto and Triumph Motorcycles announced their plan of forming a tie-up in the medium-sized motorcycle sector. In January 2020, the two companies announced that they have started a full-scale partnership. The two companies will jointly develop engines and platforms for medium-sized 200cc–750cc-class motorcycles. Bajaj Auto will undertake the sales of Triumph models in emerging markets where Triumph lacks sales infrastructure.

・Looking at consolidated financial results for fiscal year 2019-20 (April 2019-March 2020), sales declined and profits fell at each profit level up to pretax profit, but the final profit reached a record high. – Sales fell 1.4% year-on-year to 299.2 billion INR. Profit decreased due to poor sales of motorcycles and three wheelers in the domestic market, but the rate of decline was minimal due to strong exports of motorcycles.

– The sales results of motorcycles and three wheelers in 2019 are as shown in the table below (announced by Bajaj Auto). – The final profit (net profit) increased 5.8% to 52.1 billion INR. Pretax profit declined 3.8% to 66.9 billion INR, but with tax payments decreasing by 30%, the final profit increased for the fifth consecutive year. 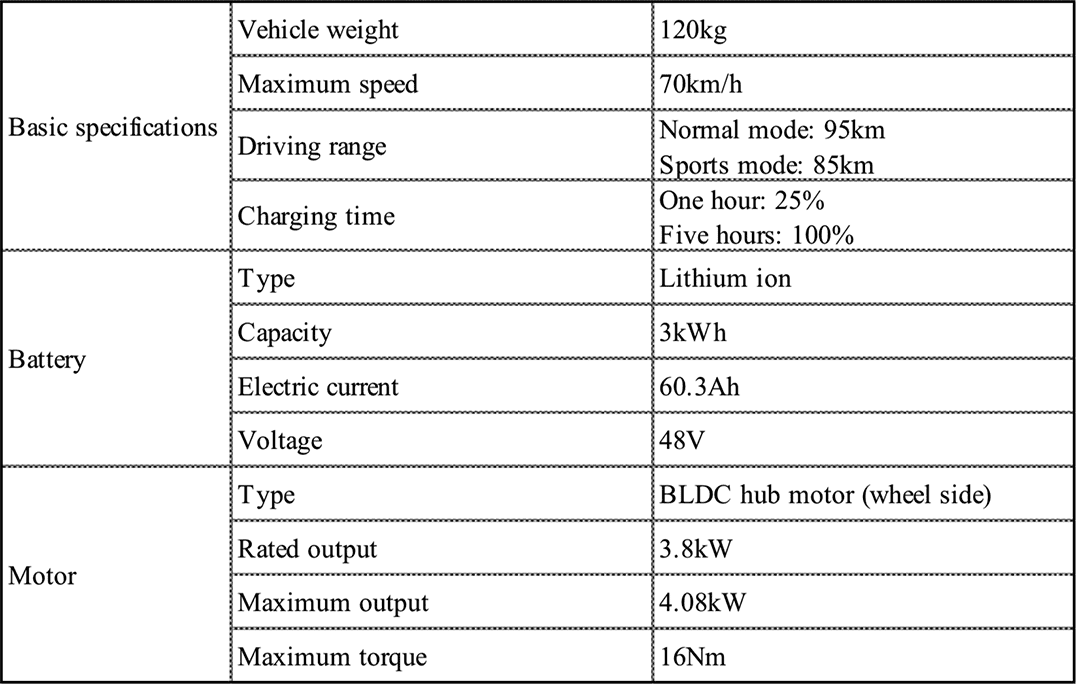 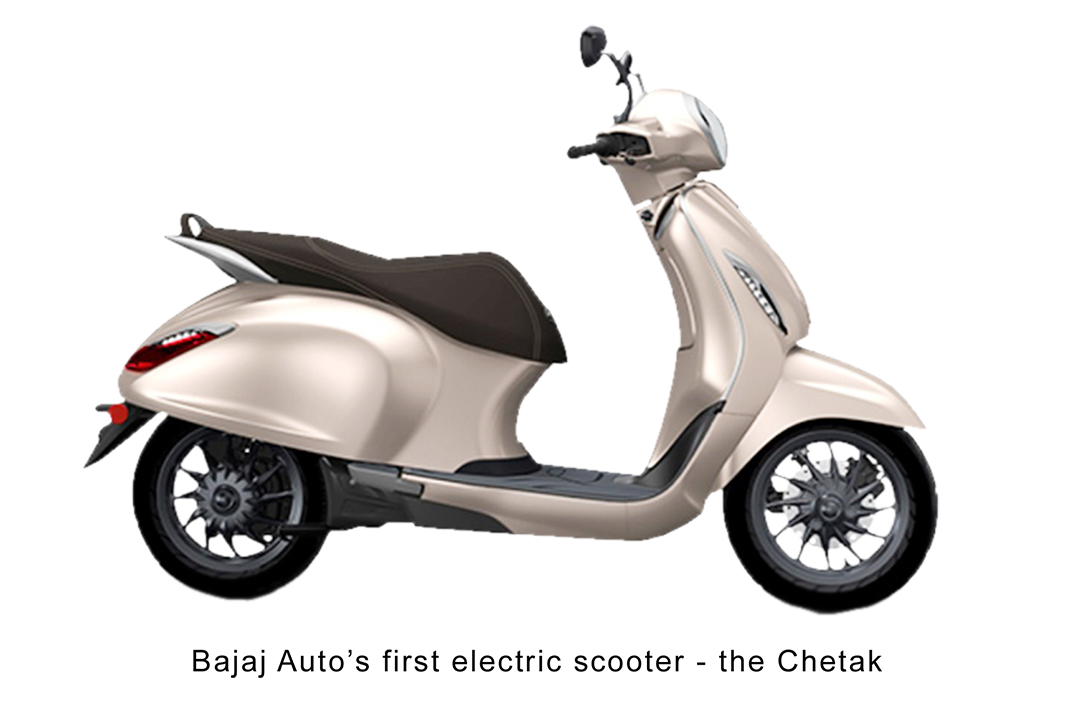 ・According to interviews with relevant persons and various media reports, since 2018, Bajaj Auto has been conducting discount sales and providing insurance with free services and zero-interest-rate loan service. These seem to be some of the factors that increased its market share in 2018 and 2019. ・In the fall of 2018, the company started to provide insurance that includes various free services for five-year self-incurred personal accident compensation. This comes in response to the revision of the mandatory personal accident compensation policy for motorcycles in September of the same year. ・In July 2019, the company introduced discount measures such as reducing the price of the entry model CT100 by 1,800 INR. The measures are in response to the mandatory installation of ABS or CBS for motorcycles starting from the same month. ・In June 2020, the company partnered with HDFC Bank, India's largest commercial bank, forming a partnership for financial solutions. – It is intended to provide retail financing solutions to Bajaj Auto's customers.

・Bajaj Auto is expanding exports of motorcycles mainly to Africa, Latin America, ASEAN and other parts of Asia. ・Motorcycle exports in the 2019 calendar year increased 8.9% year-on-year to 1.81 million units, and in fiscal year 2019-20 went up 10.2% to 1.87 million units. A record high was set in both a calendar year basis and a fiscal year basis. ・About half of the exports are destined for Africa, and according to some reports, the annual average growth rate for Africa has exceeded 30% for the past three years. One of the major destinations in Africa is Nigeria. ・Bajaj Auto plans to enter the Thai and Brazilian markets in 2020.

・As a new initiative of the alliance, Bajaj Auto and PIERER Mobility plan to start mass production of electric motorcycles in India in 2022. The motorcycles will be jointly developed by the two companies. – The two companies have agreed to jointly develop an electric motorcycle platform in 2019. Based on this agreement, they plan to develop an electric motorcycle with an output of 3-10kW and a voltage of 48V. Triumph Motorcycles ・In January 2020, Bajaj Auto and Britain’s Triumph Motorcycles announced that they have started a full-scale partnership. – In August 2017, the two companies announced their plan of forming a tie-up in the medium-sized motorcycle sector and were proceeding with discussions about the tie-up. – The two companies will jointly develop engines and platforms for medium-sized 200cc–750cc-class motorcycles. The first model is planned to be manufactured at Bajaj Auto’s Chakan plant in Maharashtra state, and is expected to be launched in 2021. The price of the model is anticipated to be set at 200,000 INR or below n India. – Bajaj Auto will undertake the sales of Triumph models in emerging markets where Triumph lacks sales infrastructure. In addition, although the timing is undecided, Bajaj Auto plans to take over Triumph’s sales network in India in the future.

For reference: Responding to the new coronavirus outbreak

・On March 23, 2020, due to the issuance of a lockdown measure (de facto curfew) for the entire country of India, the operations of Bajaj Auto’s three factories, and its sales and service shops in India were suspended. ・In April 2020, since the factory and dealership operations were suspended, production and domestic sales were both zero. However, since suspension of international trade was lifted in the same month, 32,009 motorcycles were exported. ・On May 11, 2020, the company announced that it resumed operations of factories as well as sales and aftersales service shops after the government relaxed lockdown measures on May 4. (Created using Bajaj Auto’s PR materials, various media and other sources) (HORII Takashi)
Please log in or subscribe to AAA weekly to view the rest of this report.
Free trial subscriptions are available!