Nissan Motor, which plans to launch 15 BEV models by 2030, is expanding its EV lineup and strengthening its production system. As of March 2022, Nissan's global production of BEVs centered on the Leaf compact hatchback, but a new model the Ariya crossover will be added soon. In addition, Nissan announced in November 2021 a plan to invest 2 trillion JPN in the next five years to promote electrification, increasing its product lineup as well as production scale. Since 2021, Nissan has announced plans to increase BEV production in the United States and the United Kingdom.

From 2025, production of two BEV models is scheduled to begin at Nissan’s Canton Plant in the United States. Nissan also plans to produce battery packs at the same facility, making the Canton Plant the core base for BEVs in the United States. In July 2021, Nissan unveiled Nissan EV36Zero, a flagship EV Hub at the Sunderland Plant in the UK, becoming the world’s first EV manufacturing ecosystem. In the vicinity of Nissan EV36Zero, EV battery maker Envision AESC plans to set up a gigafactory. 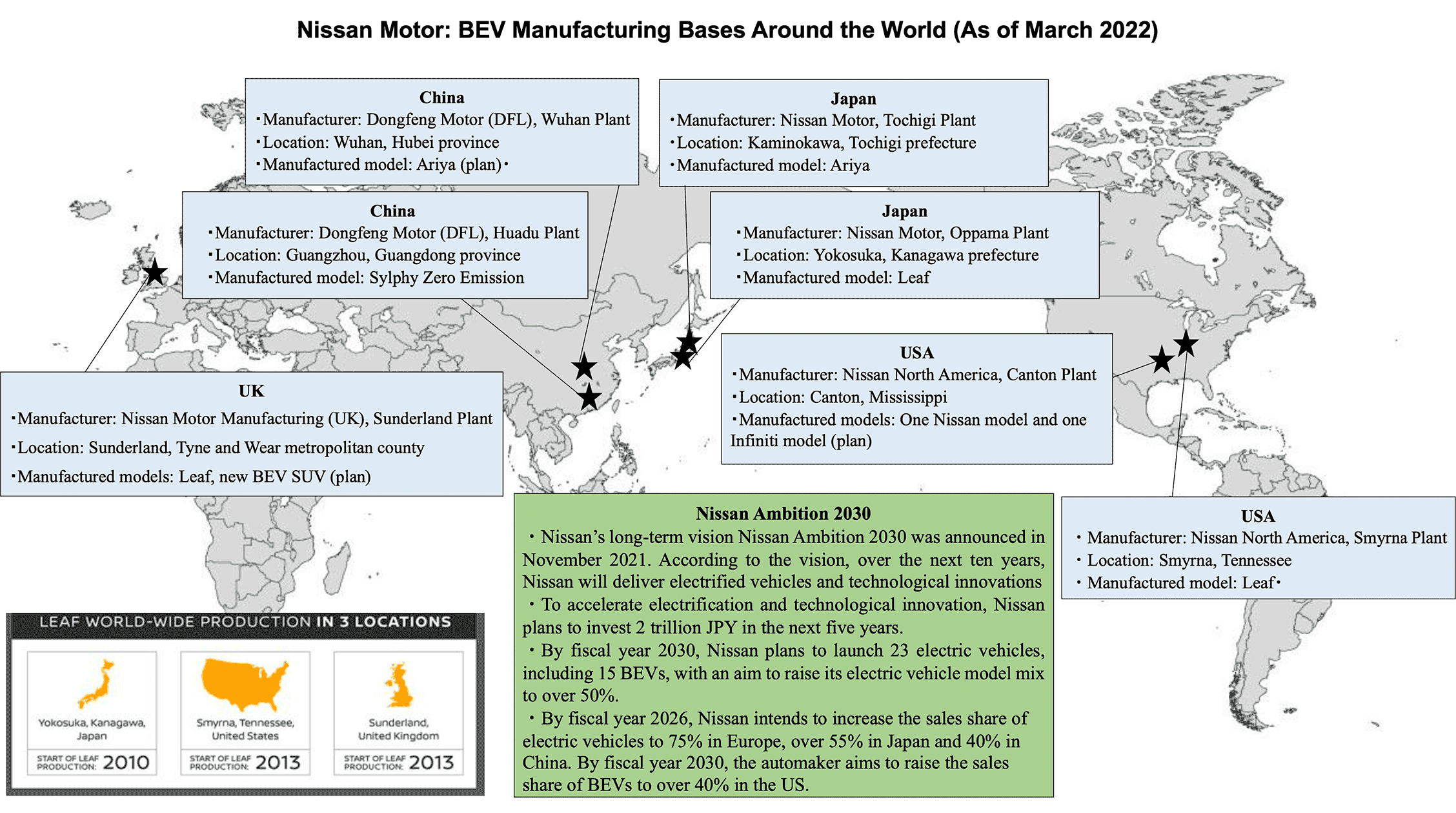 Notes: Manufacturing bases shaded in orange are plants of the Renault–Nissan–Mitsubishi Alliance. In addition, Renault’s Maubeuge Plant in France manufactures the Nissan Townstar (successor of the e-NV200) for the European market. In January 2019, the production of BEV models in Thailand was under consideration; however, no word on the progress of the plan. (Created using Nissan Motor’s PR materials and various media sources)
Please log in or subscribe to AAA weekly to view the rest of this report.
Free trial subscriptions are available!