Aachen Colloquium China was held in Beijing, China on November 14-15, 2019. The content of the event was different from that held in October, 2019 in Aachen, Germany. At Aachen Colloquium China, Chinese OEMs presented reports on engines and fuel cells. Of particular interest this year were reports on low fuel consumption engines suitable for electrification (HEV / PHEV) by Dongfeng Liuzhou, Haima Automobile and Geely Automobile.

Dongfeng Liuzhou introduced the DFM18T turbocharged Miller-cycle engine which is scheduled to be installed in PHEV models. Its maximum thermal efficiency is 37% and its brake-specific fuel consumption (BSFC) rate is 229g / kWh. With 40% engine efficiency, BSFC drops to 260g/kWh. In particular, the friction loss has been reduced by reducing the diameter of the crankshaft’s main bearing (8mm reduction), reducing the tension of the piston ring (45% reduction), adopting a two-stage oil pump, and implementing DLC coating on the piston pin. At 2,000 rpm, friction loss was reduced by approximately 30%.

Haima Automobile announced the Boost Blue electrification strategy. Haima introduced the 1.2TGDI Miller-cycle engine, which is planned to be used for HEV and PHEV models, based on a P2 system layout. Maximum thermal efficiency of 37% and compression ratio of 11: 1 are the same as those of Dongfeng Liuzhou. In addition, the next engine will adopt two-stage variable compression ratio technology with an aim for a maximum thermal efficiency of 42%. Three PHEV models and one HEV model will be launched in the next five years. The 1.2TGDI Miller engine will be combined with a eDCT (7-speed).

Geely presented a report on the development of HEV powertrains for the global market. The HEV models will be added to the existing electric lineup of 48V MHEV and PHEV models that combine a 1.5T engine with a DCT. In addition to the WLTC test cycle that will be applied after 2020, the Geely City Cycle, which is close to actual fuel consumption, will be adopted during development to maximize BEV regeneration at low speeds and energy regeneration during deceleration. In addition to a 3-cylinder 1.5T Miller-cycle engine and a 7DCTH 390 (P2.5 system layout), the system configuration includes a 1.8kWh battery. HEV fuel efficiency of the base vehicle Lynk & Co. 01 has been reduced from 5.6km / 100km to 4.8km / 100km. 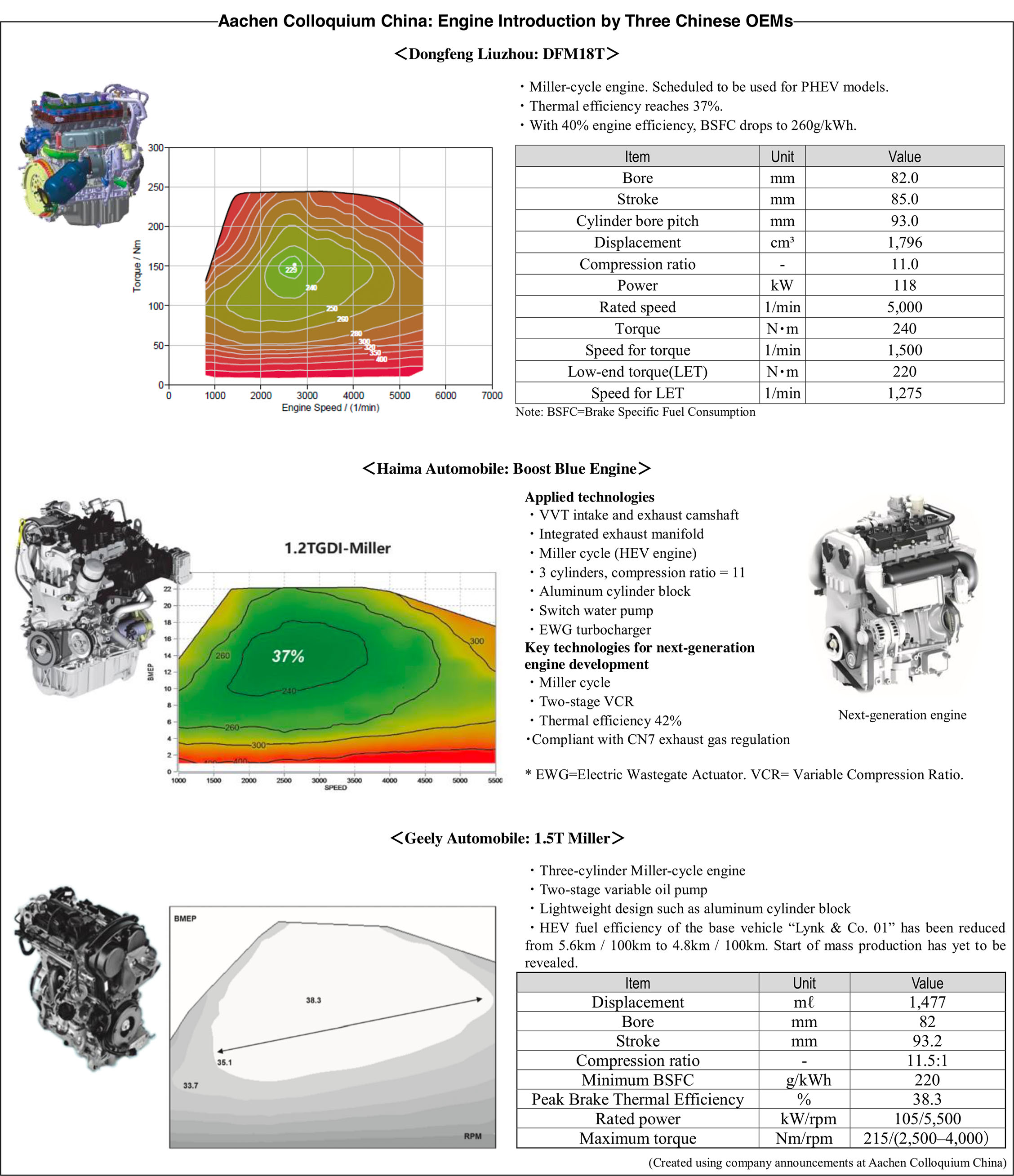