Taiwan’s Automobile Production Drops 2% to 250,000 Units in 2020, Domestic Demand Rises Despite the Pandemic

Taiwan's automobile production in 2020 decreased 2.3% from the previous year to 246,000 units. CBU exports fell over 40% to 19,000 units, while production for the domestic market expanded to 226,000 units, an estimated 3.5% increase. Since the decrease in production was modest, it remained at about the same level as in 2018 and 2019. The growth in production for the domestic market is attributed to the launch of new models, including the Toyota Corolla Cross, amid steady demand for new vehicles. In Taiwan, where the popularity of imported vehicles is growing, the number of vehicles produced domestically has been declining; however, for the first time in six years production went up in 2020.

While the production scale for the domestic market slightly increased against the backdrop of strong domestic demand, automobile exports fell sharply. The export ratio as a percentage of total production declined 5.1 percentage points to 7.8%. Due to the pandemic, market conditions in the Middle East, which is a major destination for automobile exports from Taiwan, deteriorated, forcing a significant decline in exports. Exports of the Corolla Altis to the Middle East by Kuozui Motor has been accounting for almost all of Taiwan's automobile exports. The automaker has also begun to export the Corolla Cross, which was newly launched in 2020. 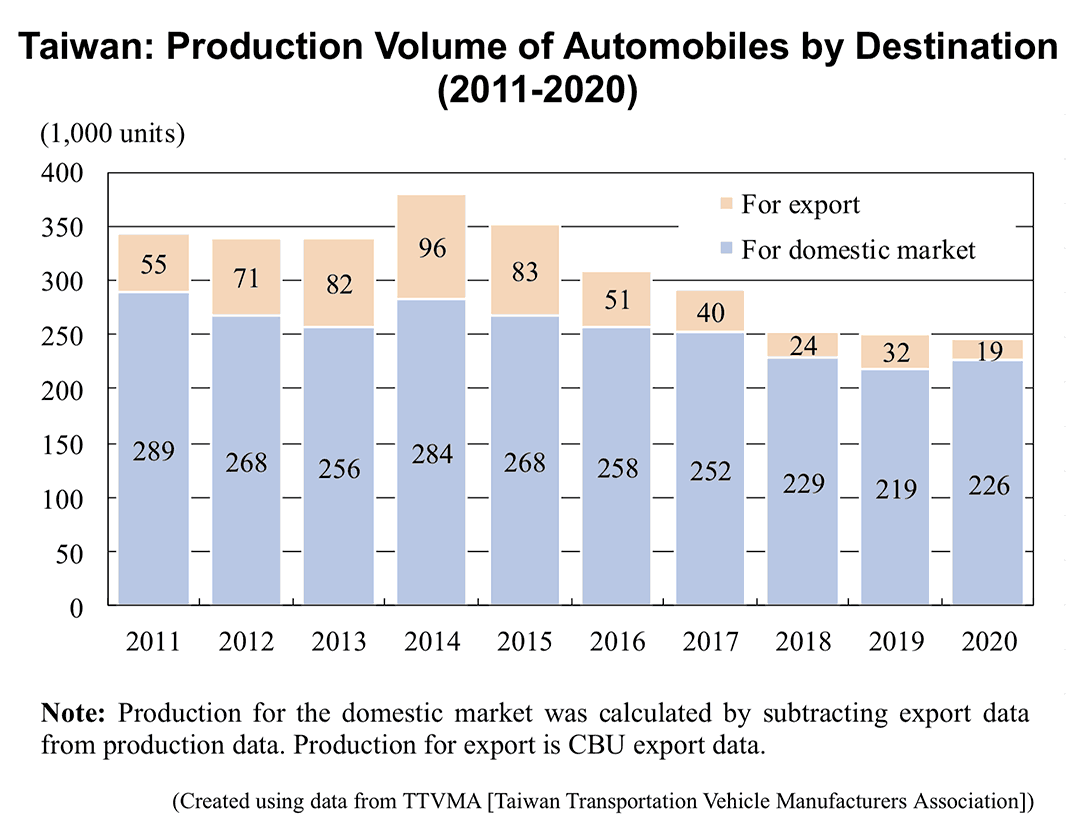 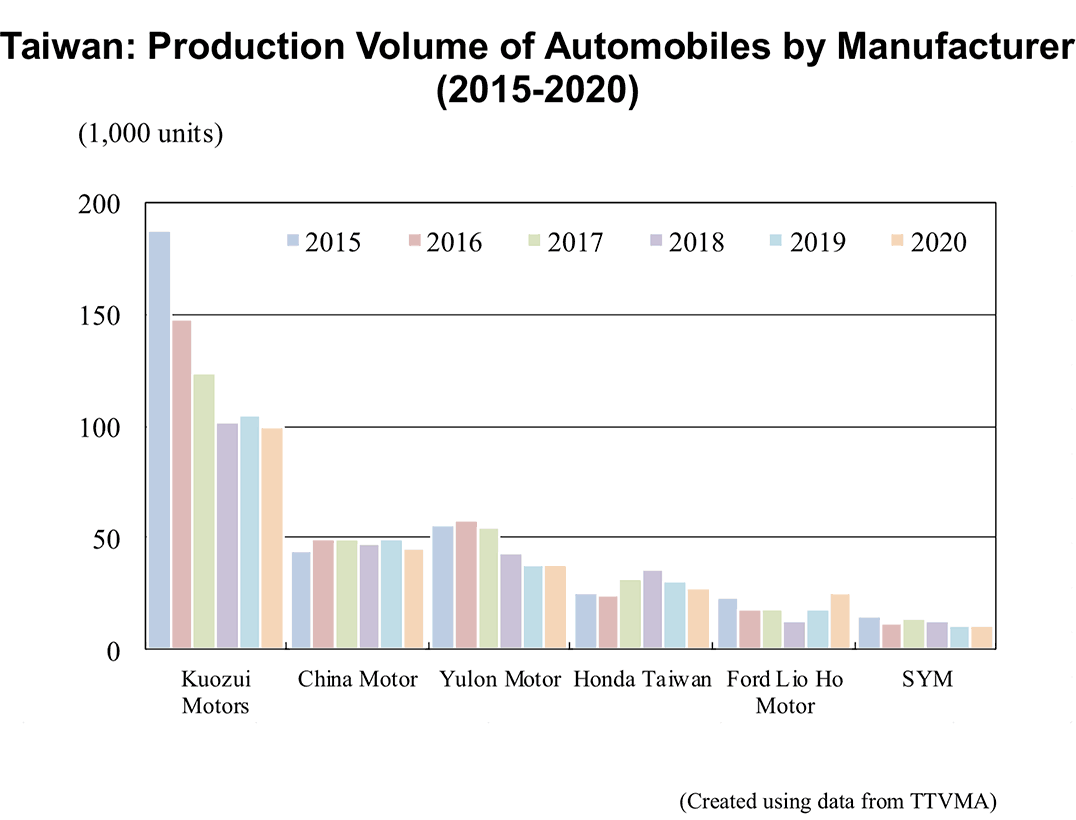 By manufacturer, market-leader Kuozui Motor, which manufactures the Toyota and Hino brands in Taiwan, fell 5.0% to 100,000 units. Production of the Toyota brand decreased 2.6% to 94,000 units, while the Hino brand declined 32.7% to 5,548 units. The production volume of the Toyota Corolla Cross, which came off the line in October 2020, reached 16,000 units by the end of the year. The production volume of the Corolla Altis, which has the highest production scale in Taiwan, dropped 31.5% to 38,000 units. The exports of the Corolla Altis fell 41.1% to 17,000 units.

Kuozui Motors was followed by China Motor, down 9.8% to 45,000 units, and Yulon Motor whose production was on par with the previous year’s level with 38,000 units. Ford Liu Ho Motor performed well, production going up 42.7% to 25,000 units. The company began producing the new Kuga by June 2020 and the Focus Active in December 2020. The two models pushed up overall production by 12,000 units.

・In October 2020, the Corolla Cross went into production. Exports to Morocco and other countries began in the same month. - This is the first time that Toyota exports from Taiwan to North Africa. - Toyota plans to expand exports to six countries in the Middle East in 2021.

・Production of the Fiesta and Escort was discontinued around February 2020. ・The new Kuga went into production by June 2020. ・The Focus Active came off the line in December 2020.

・By January 2020, production of the Kia Carens and Picanto was discontinued. ・SYM began producing the Hyundai Kona in February 2020 and the Hyundai Venue in April.

(Created using company PR materials and various media sources)
Please log in or subscribe to AAA weekly to view the rest of this report.
Free trial subscriptions are available!