In order to realize a safe and seamless automatic driving system in any place, high-precision positioning for accurately determining the position of a vehicle on a road is required. In places such as tunnels and high-rise buildings, it is difficult to ascertain the position of the vehicle only by absolute positioning using a satellite positioning system. For this reason, the system uses dead reckoning, which finds a relative position based on a movement trajectory from a certain point in the past.

Germany’s Bosch is developing redundant vehicle position estimation technology. VMPS (Vehicle Motion and Position Sensor) integrates hardware and software, and combines absolute positioning and dead reckoning to calculate coordinates with sufficient accuracy necessary for autonomous driving. If a GNSS (Global Navigation Satellite System) signal cannot be received, the vehicle’s position is continuously determined by VMPS for a few seconds. If there is no signal for an extended period of time, location estimation is performed by Road Signature, which estimates the relative vehicle location based on a map. Bosch has also begun acquiring data in Japan to commercialize Road Signature. The company plans to complete high-precision 3D map data in 2020.

In Japan, cm-class positioning services by telecommunications carriers have also been launched one after another. In October 2019, NTT Docomo launched a location-based service for corporations using RTG (Real Time GIPSY) GNSS positioning using 1,300 electronic control points established by the Geospatial Information Authority of Japan. NTT Docomo also added several hundred of its own fixed locations. SoftBank also launched a similar high-precision positioning service at the end of November 2019. To improve positioning accuracy, SoftBank uses its own base stations to set up its own fixed stations at more than 3,300 locations nationwide. SoftBank will collaborate with SB Drive among others to demonstrate high-precision positioning for autonomous driving and drone control. 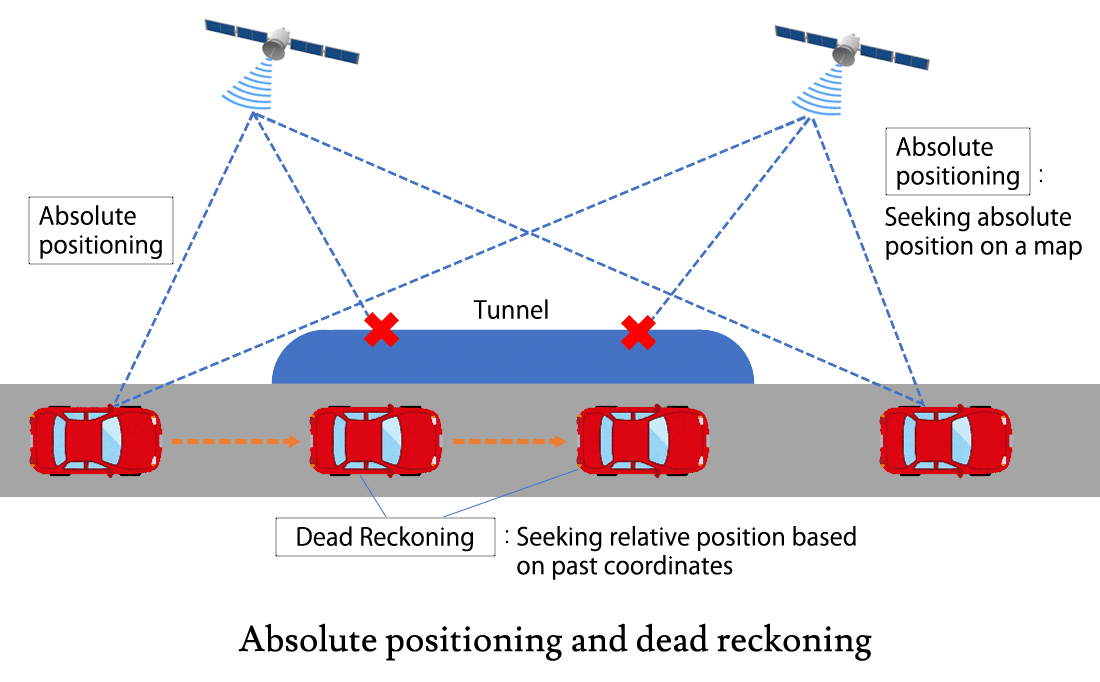 ・CLAS (Centimeter Level Augmentation Service): A service that sends positioning augmentation information using QZSS. It can be used only in areas where electronic control points are installed. Positioning with an accuracy of about 10 cm is possible only with a receiver that can receive CLAS signals. Positioning satellites to be augmented are QZSS, GPS and Galileo. ・MADOCA (Multi-GNSS Advanced Demonstration tool for Orbit and Clock Analysis): A software developed by JAXA for estimating the precision satellite orbit and clock. It generates correction information required for high-accuracy positioning. It can be used outside Japan as well. (Created based on documents of Geospatial Information Authority of Japan, and various media and other sources)

・In October 2019, at the Tokyo Motor Show, Mitsubishi Electric exhibited an autonomous driving demonstration vehicle xAUTO equipped with autonomous driving technology that enables driving on ordinary roads and unmanned parking without high-precision map information. Technologies installed in the xAUTO are as follows. – It uses CLAS signals to acquire the position of the vehicle during travel, recording the route traveled in the past as a “local map” with a cm-level accuracy. By performing automatic driving control according to the local map, automatic driving can be realized even in places where high-precision map information is not available. – Based on the operation plan, it generates the optimal driving route, acquiring vehicle position accurately from CLAS-based positioning outdoors and using cameras which detect landmarks of the parking lot indoors. By using automatic driving control along the driving route, automatic unmanned valet parking can be achieved indoors as well as outdoors. – With sensor fusion technology that combines information from multiple sensors, such as millimeter-wave radars and cameras, it can quickly and accurately recognize the surrounding conditions. ・In November 2019, Mitsubishi Electric released a new cm-class high-accuracy positioning terminal AQLOC-Light that receives high-accuracy positioning augmentation information such as CLAS. the development of receiving chips compatible with CLAS. – Position information is interpolated by autonomous positioning using the gyro mounted on the receiver and the vehicle speed pulse signal from the moving object. Using this technology, positioning can be performed even in tunnels or under elevated structures where satellite signals cannot be received. – When using CLAS (mobile mode), the horizontal position accuracy is 12cm and the vertical position accuracy is 24cm. When using network RTK, the horizontal position accuracy is 3cm, the vertical position accuracy is 6cm. – Its dimensions are 90 × 90 × 30 (mm) and its weight is 280g. Compared to the company’s existing products, the number of parts was reduced and power consumption was lowered by 70%, eliminating the need for a heat exhaust structure. Volume and weight were reduced by about 80%. (Created based on documents of Mitsubishi Electric, and various media and other sources)
Please log in or subscribe to AAA weekly to view the rest of this report.
Free trial subscriptions are available!