Tata Motors is in the process of improving its passenger vehicle business. The company has been covering the chronic deficit of the passenger vehicle division with the revenue of the commercial vehicle unit and its subsidiary Jaguar Land Rover. From 2019, Tata Motors began launching new products based on next-generation platforms, and is making efforts to improve profitability by rebuilding brand image and product power. In 2020, sales recovered in the second half despite the ongoing new coronavirus, even surpassing the previous year’s result. Tata Motors is consolidating its platform lineup. All new models launched from 2019 will be developed based on two new platforms. The ALFA ARC platform is used for compact cars and the OMEGA ARC platform is used for midsize and larger SUVs. The first OMEGA ARC-based model was the Harrier SUV launched in 2019 followed by the first ALFA ARC-based model the Altroz premium hatchback released in 2020. 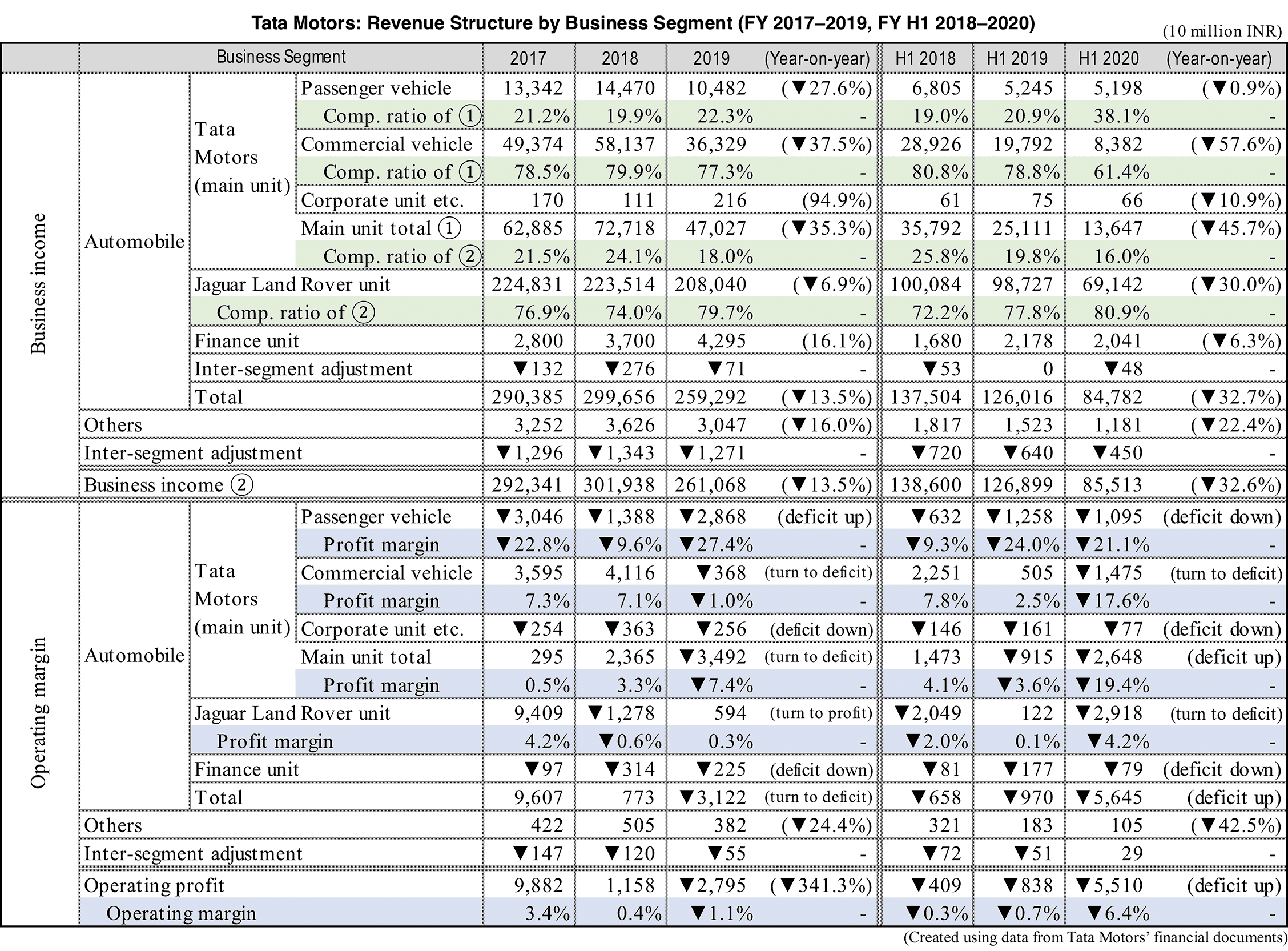 Production and sales of the Safari ended by March 2020, but it will be relaunched as the second OMEGA ARC-based model in the first half of 2021. In addition, a compact SUV is also planned to be released. Meanwhile, models launched in 2015 and before were pulled from the market due to the introduction of stricter safety and emission regulations introduced in 2019 and 2020.

In March 2020, Tata Motors announced its plan to spin off the passenger vehicle business unit and make it independent as its own subsidiary. The purpose of the plan is to improve management efficiency by separating it from the commercial vehicle business unit. However, according to various local reports, the spin-off is intended to seek out alliances with other automakers in the passenger vehicle field in the medium to long term.

Organizational and Personnel Changes of the Passenger Vehicle Unit 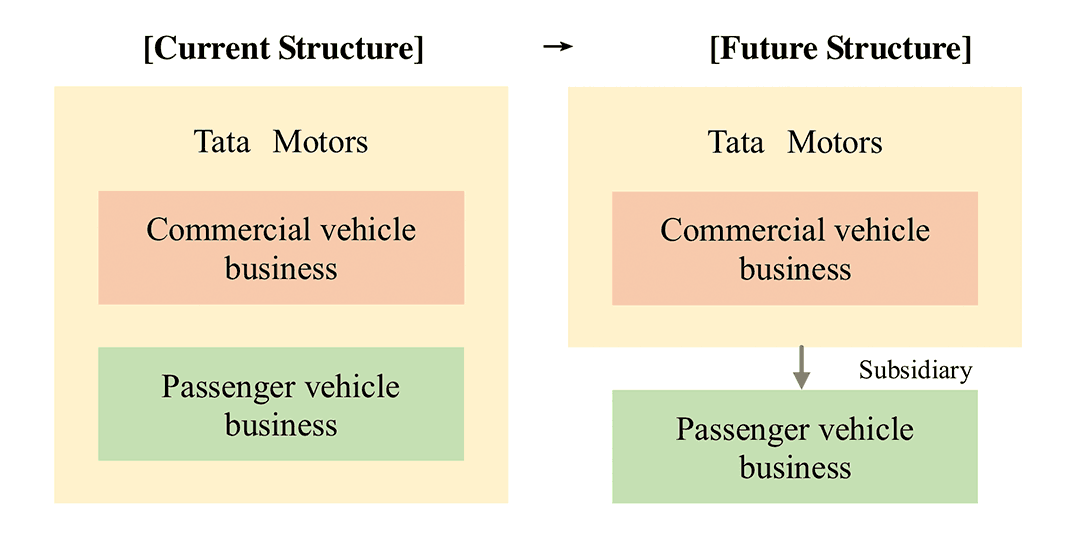 ・In March 2020, Tata Motors officially announced its plan to make its passenger car business a subsidiary. – Passenger vehicle-related business including BEV is planned to be spun off. – Assets, intellectual property and employees related to passenger vehicle business will be transferred to the newly established company. However, assets and core functions shared with other businesses such as commercial vehicles will continue to be retained by Tata Motors itself, improving cost efficiency as a group. – The timeline of the reorganization has yet to be announced. At the time of the announcement of the plan, it was expected that the business transfer would be completed within the next year, but it was reported in fall 2020 that it will take another one to two years. – Regarding the purpose of the spin-off, Tata Motors cites improving the cost structure and setting up a system to create synergies with commercial vehicle operations. However, according to various local reports, the spin-off is intended to seek out alliances with other automakers in the passenger vehicle field in the medium to long term.

・In April 2020, Shailesh Chandra was appointed as President of the passenger vehicle business unit. – Mr. Chandra, formerly a management member of Tata Motors and president of the electric vehicle and corporate strategy division, moved to a new post that oversees the overall passenger car business, including the electric vehicle business. – His predecessor, Mayank Pareek, has retired from his post and will leave Tata Motors at the end of February 2021. ・In September 2020, Japanese national Yamashita Mitsuhiko, formerly Vice-president at Nissan Motor and Mitsubishi Motors, became a Director of Tata Motors. – At Tata Motors, he was appointed as “Non-Executive, Non-Independent Additional Director” for a five-year term.

Impact of the New Coronavirus and Countermeasures

Impact on production and sales

・At the end of March 2020, Tata Motors shut down all plants after the Indian government issued a lockdown measure for the entire country in response to the spread of the new coronavirus infection. Following the relaxation of lockdown measures, production was resumed from mid to late May, all factories resuming production by May 27. Nevertheless, production was suspended for about two months. ・The Indian government’s lockdown measures have banned not only factory operations but also car dealership operations. It took one and a half to two months from mid-May until operations gradually resumed. ・As a result of the above measures, the production and sales volume of automobiles in India was zero in April 2020.

・Tata Motors has embarked on a complete renewal of its product lineup from 2019 to 2020. ・All new models launched from 2019 will be developed based on two new platforms. The ALFA ARC platform (developed in-house) is used for compact cars and the OMEGA ARC platform (Land Rover’s D8 platform) is used for midsize and larger SUVs. ・Regarding the models that were sold before 2018, Tata Motors will continue to sell the models that are positioned as bridging products between the old generation and the new generation introduced from 2016 through to 2018. However, models launched in 2015 and before were pulled from the market due to the introduction of stricter safety and emission regulations introduced in 2019 and 2020.
Please log in or subscribe to AAA weekly to view the rest of this report.
Free trial subscriptions are available!