Being a business growth driver, ASEAN is a priority market for Mitsubishi Motors. In recent years, sales in ASEAN have accounted for more than 20% of Mitsubishi’s global sales. Operating profit in the region was in the black with about 10 billion JPY even in FY 2020 when company-wide operating profit was in the red. Not only as a market but also as a production base ASEAN has gained importance in the past few years. Mitsubishi Motors is aiming to establish a mutually complementary production network in ASEAN. The company intends to build a system to supply products from ASEAN to South Asia, Africa and elsewhere which markets are considered the next pillars of growth. Mitsubishi Motors is promoting selection and concentration globally, including in the ASEAN region, to strengthen its business.

In the first half of 2021, production increased in all three ASEAN countries where Mitsubishi has manufacturing bases. In Thailand, which is Mitsubishi Motors’ largest manufacturing base in ASEAN, production increased 25.3% to 152,000 units. In Indonesia, it went up 57.4% to 72,000 units, and in Malaysia, where local assembly of the Xpander started in 2020, it increased 10.9-fold to 4,625 units. In Thailand, the Outlander PHEV went into production for the first time outside Japan in December 2020. In addition, the Xpander, which has been produced in Indonesia since 2017, went into production under contract in Malaysia in October 2020. The Xpander has remained in production in Indonesia and has been exported in both CBU and KD forms.

In the first six months of 2021, sales in Indonesia went up 71.6% year-on-year 48,000 units, in Vietnam sales increased 44.8% to 15,000 units, and Malaysia sales rose 2.6-fold to 7,743 units. In contrast, sales decreased 8.7% to 24,000 units in Thailand. Mitsubishi aims to further increase sales by making the Xpander series a long-selling product, mainly in Indonesia. In addition, the automaker plans to actively launch products in ASEAN from FY 2022. Moreover, following the next Triton, the Xpander HEV is planned to be launched in 2023. 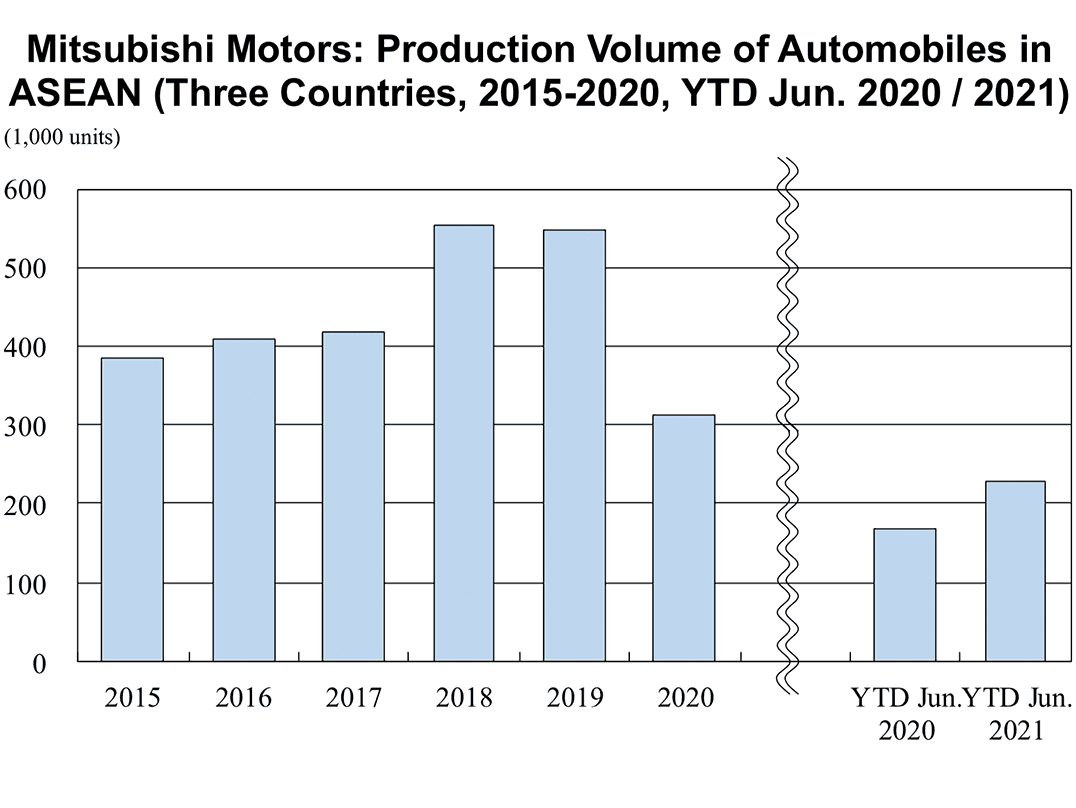 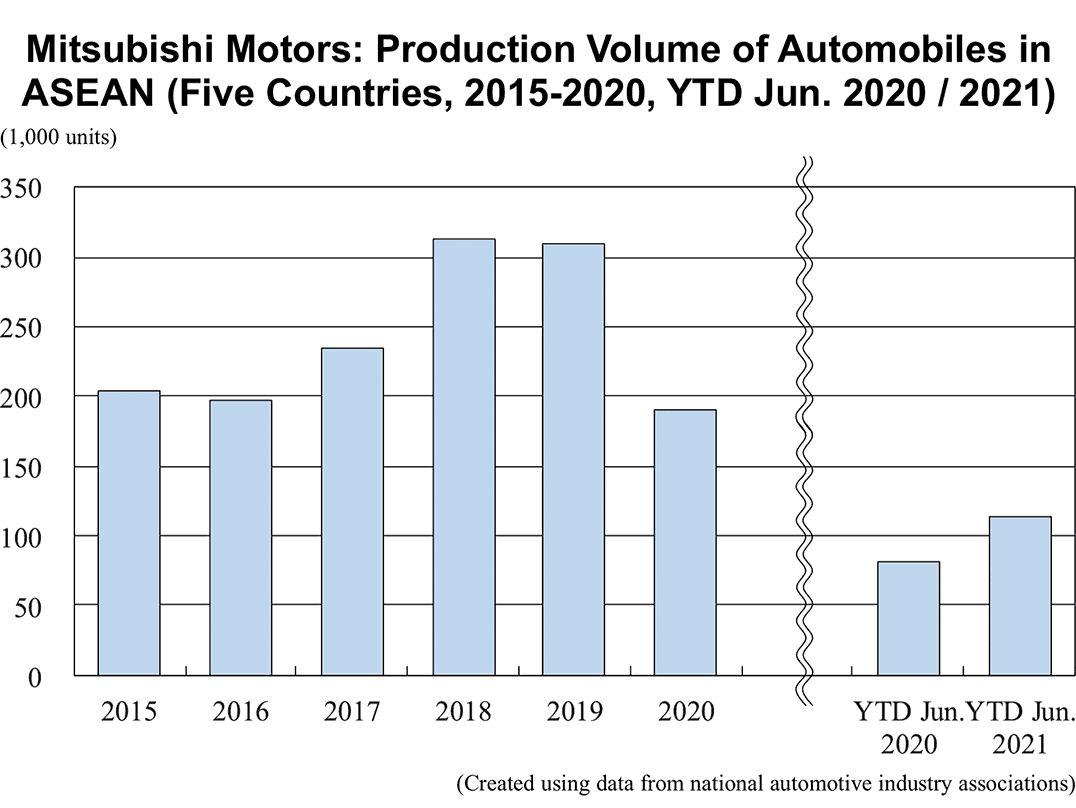 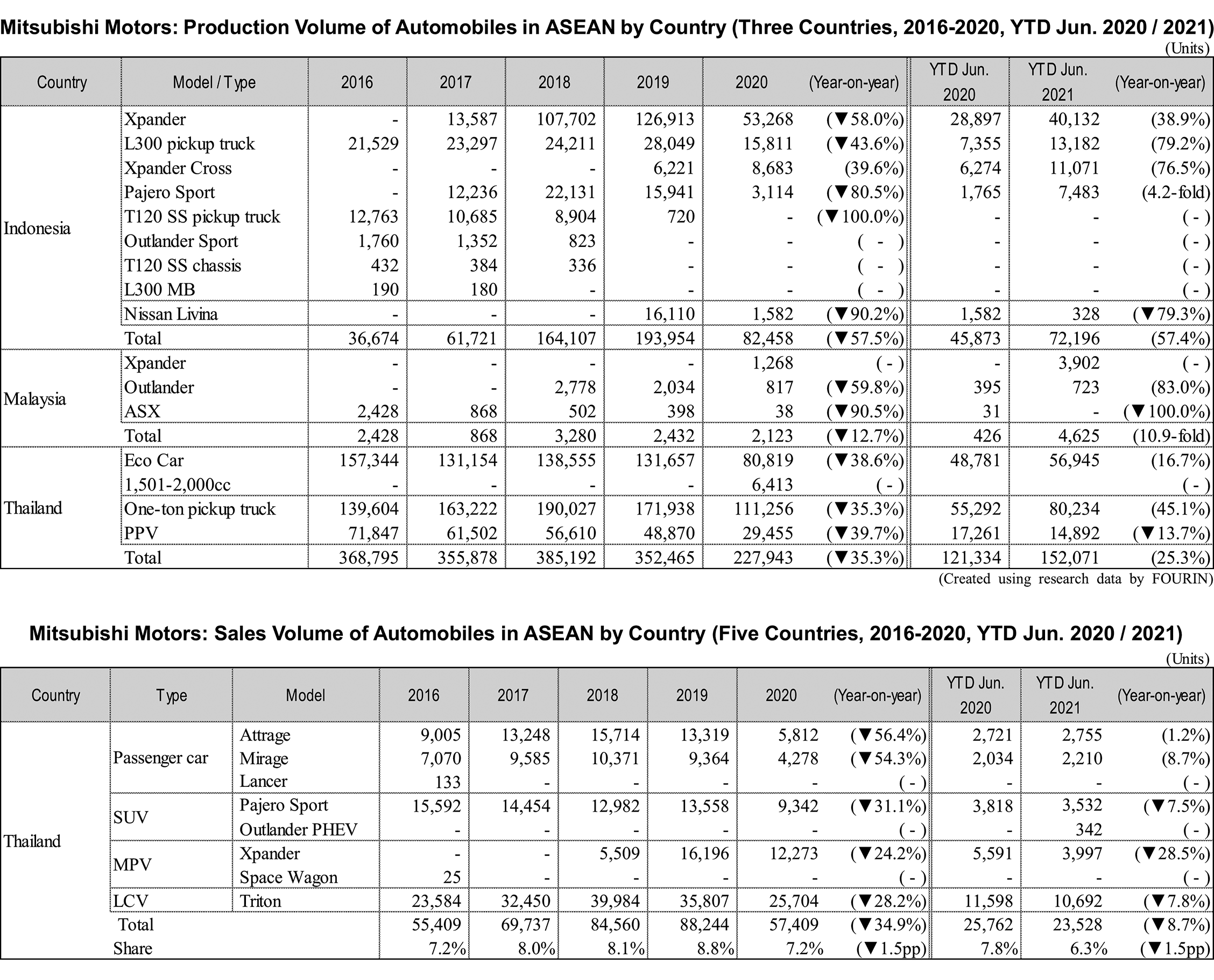 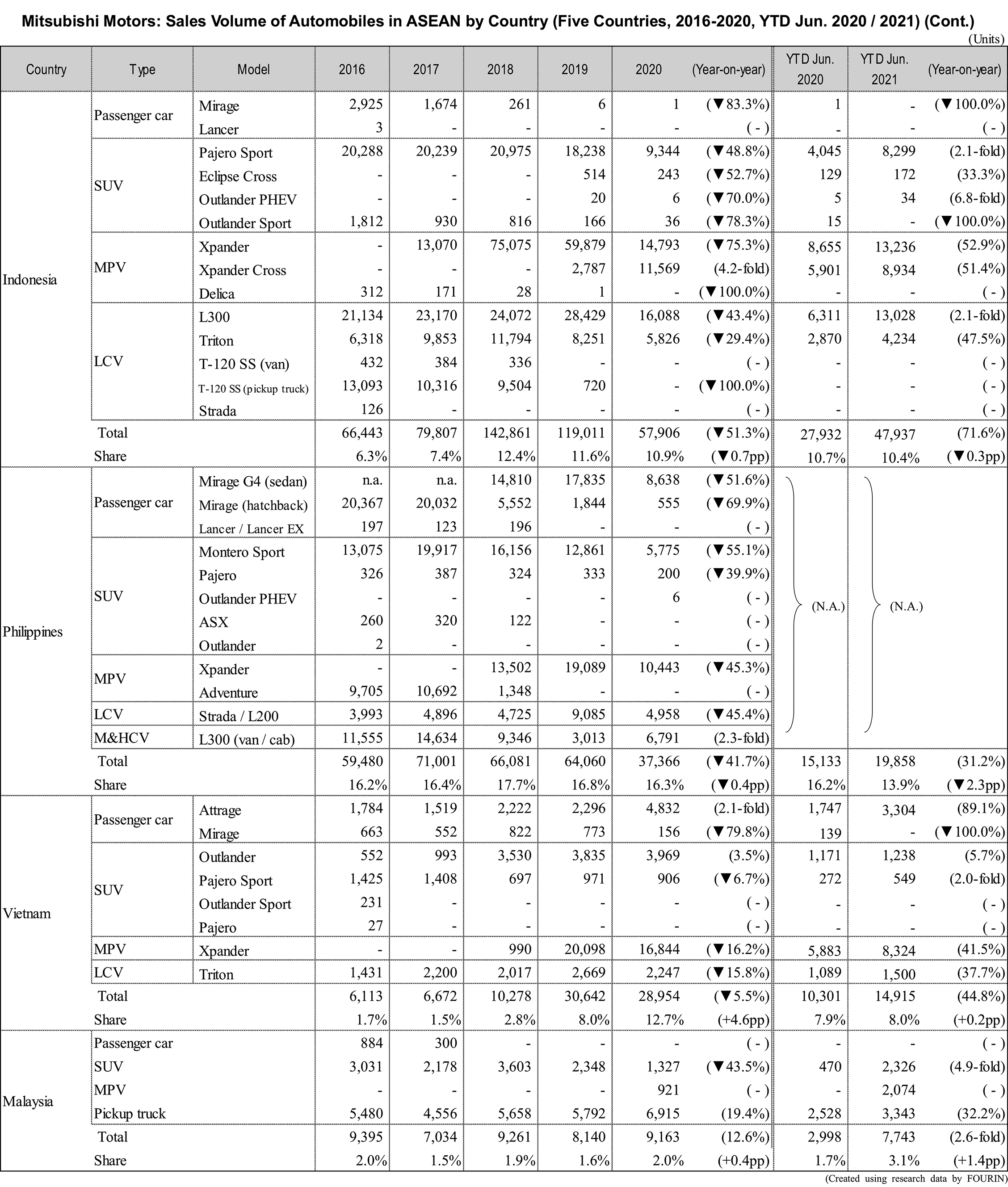 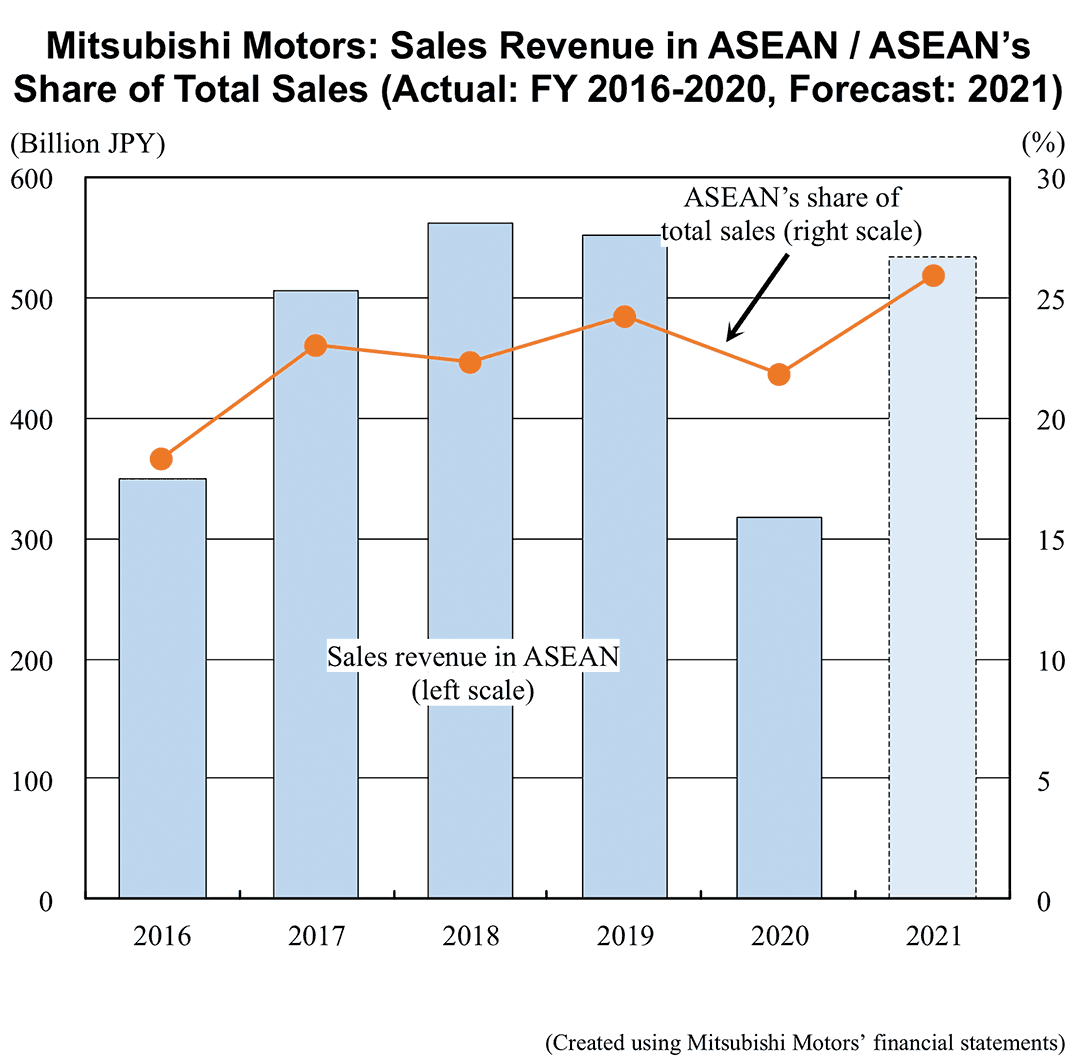 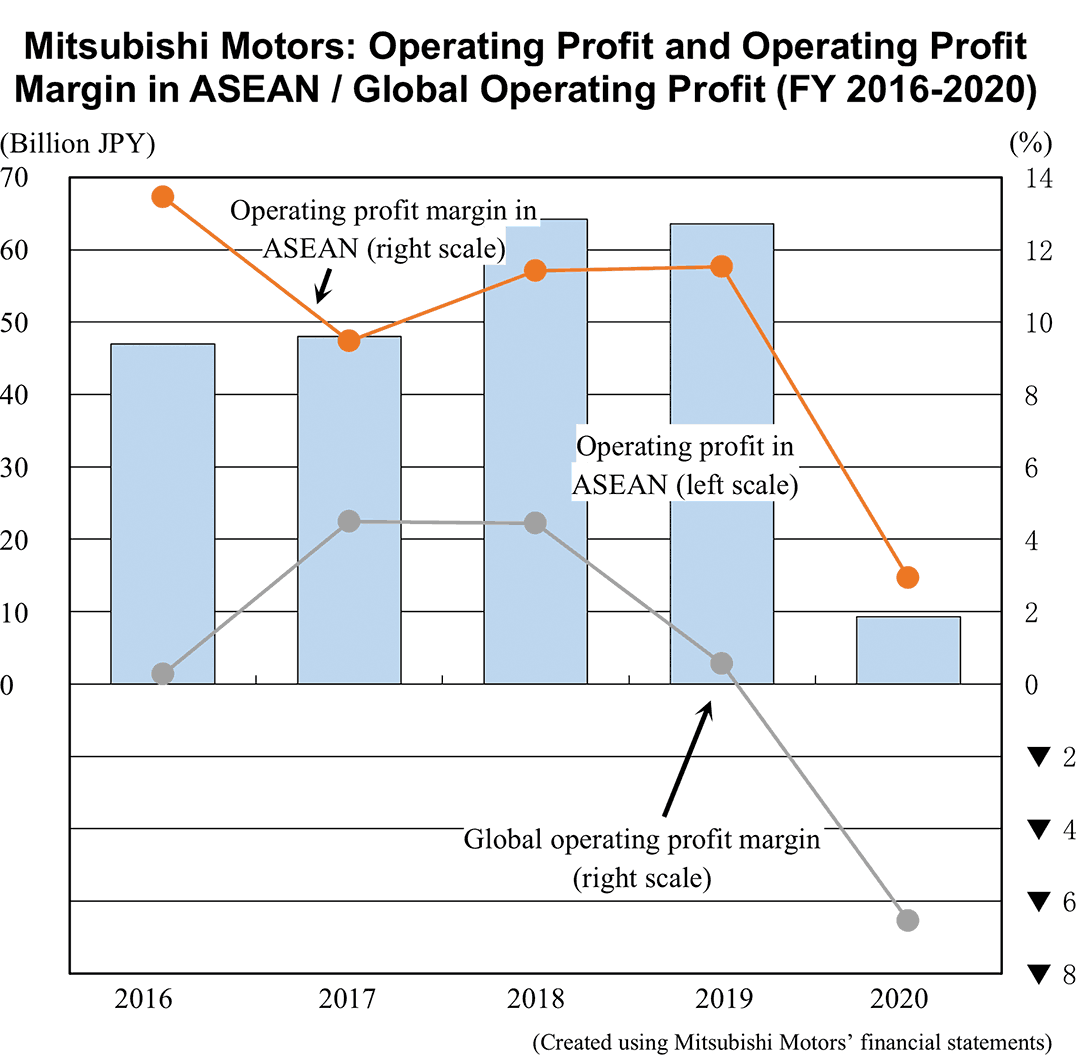