In Pakistan, there are more than 50 local companies that were not members of PAMA as of 2019. They import motorcycle parts from China and assemble them locally. The combined production of PAMA members and non-members is 2.43 million units, revealing a substantial production scale of the Pakistani motorcycle industry. Regarding the market size of motorcycles, for which there are no official statistics, most motorcycles sold in Pakistan are locally produced. Furthermore, since there is no full-scale export of motorcycles from Pakistan, it is considered that the number of motorcycles manufactures and sold in Pakistan are almost the same. 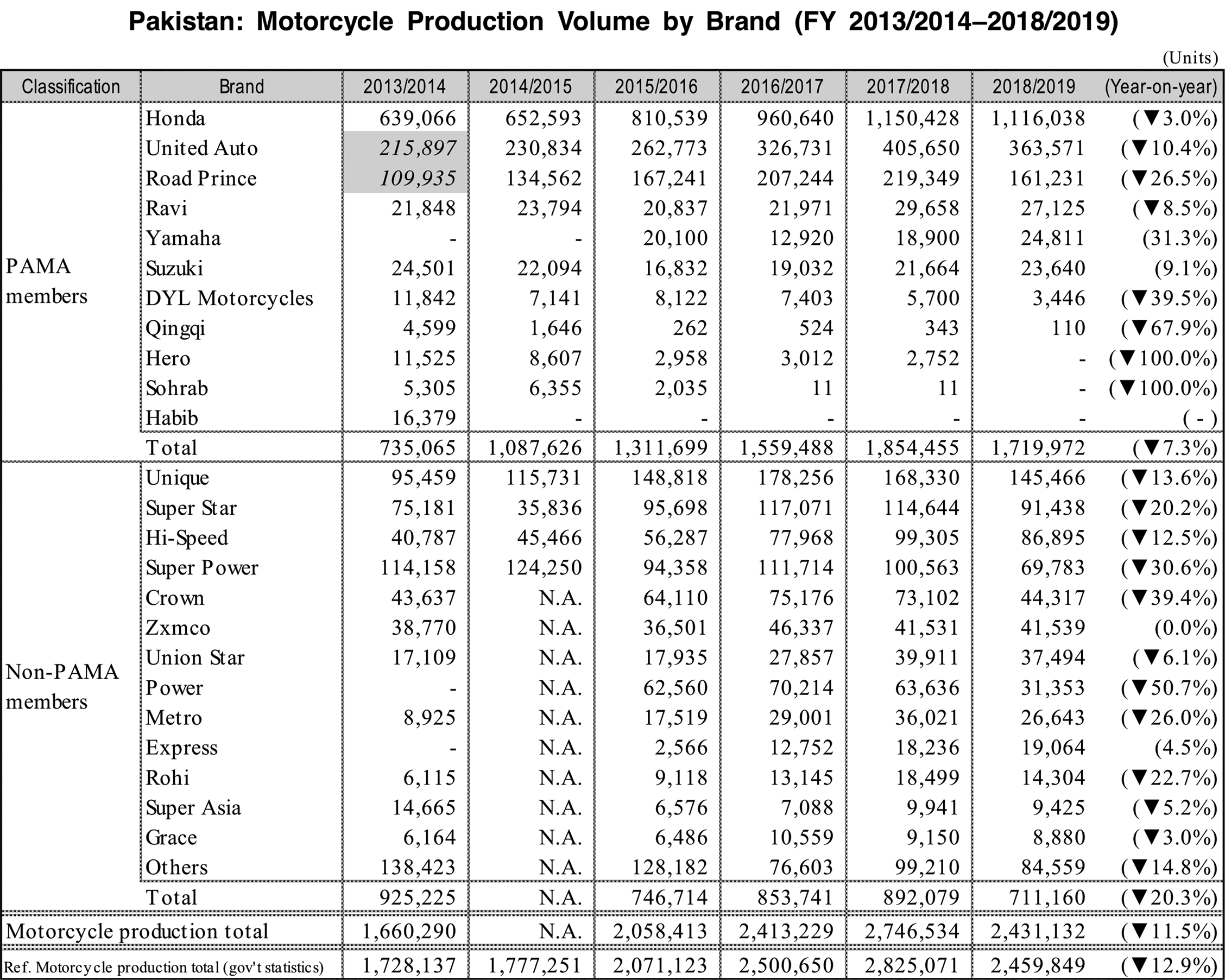 Notes: Fiscal year is from the beginning of July to the end of June of the following year. Three wheelers are not included. Regarding the production volumes of non-PAMA members, although official materials have been published, the author has compiled and calculated data based on APMA materials as a reference. United Auto and Road Prince became PAMA members starting from FY 2014/2015. For this reason, their production figures prior to becoming members (shaded in italics) are added to the total production of non-PAMA members. (Created using data from PAMA, APMA and Pakistani government documents)
Please log in or subscribe to AAA weekly to view the rest of this report.
Free trial subscriptions are available!