Asia’s ownership volume of automobiles stood at approximately 170 million units and that of motorcycles reached around 490 million units at the end of 2019 (data cover two East Asian countries, 10 ASEAN countries and six South Asian countries, Japan and China are excluded). By the end of 2020, it is estimated that there will be about 176 million automobiles and 500 million motorcycles on the roads in Asia. Since most of the data come from emerging countries, and even if they are based on official statistics, there are many unclear areas such as automobile deregistration and vehicle type classification, so these figures may not be entirely accurate. However, the increase in ownership is steadily progressing, and it is expected to support replacement demand once the pandemic is over. 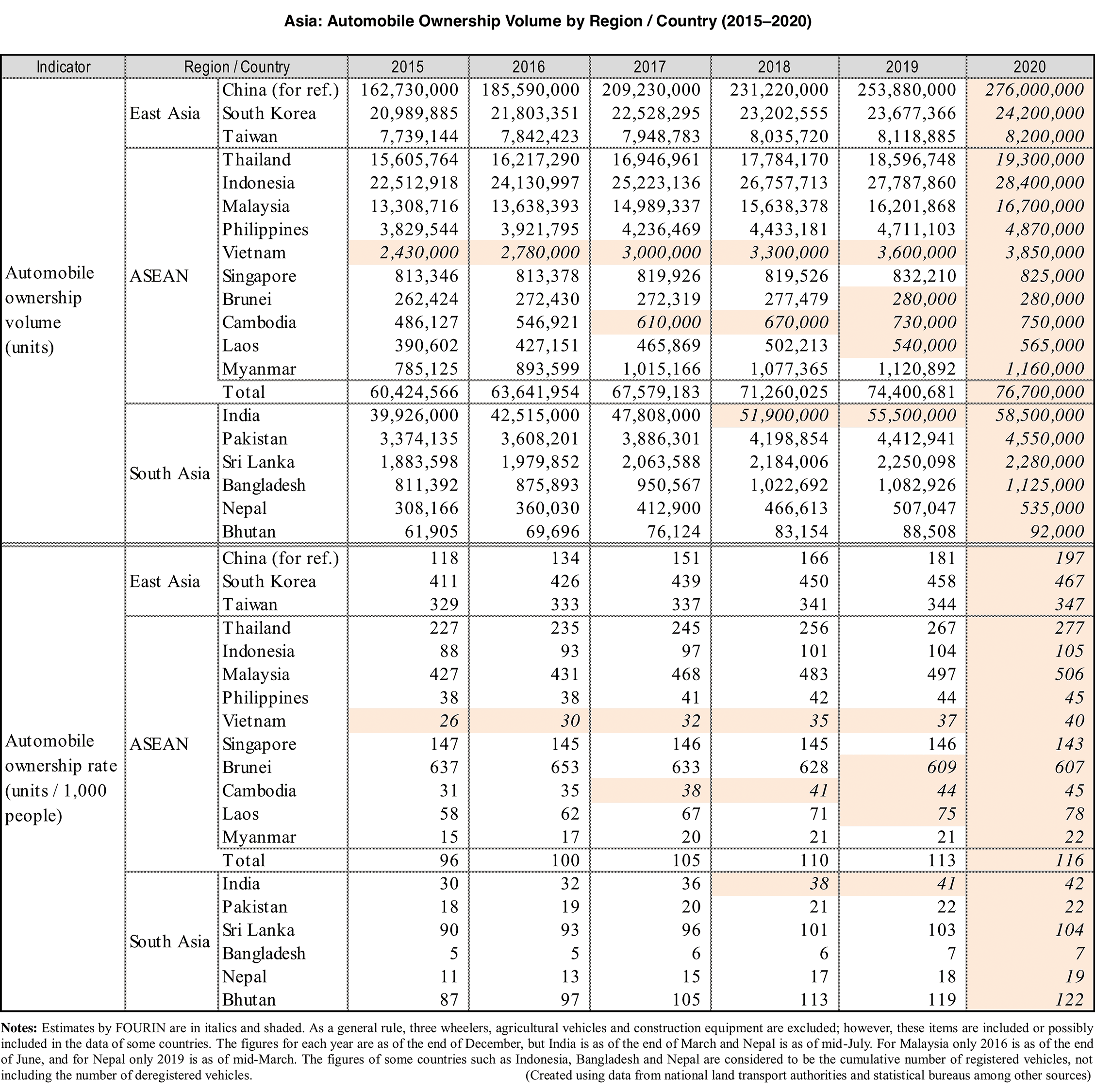 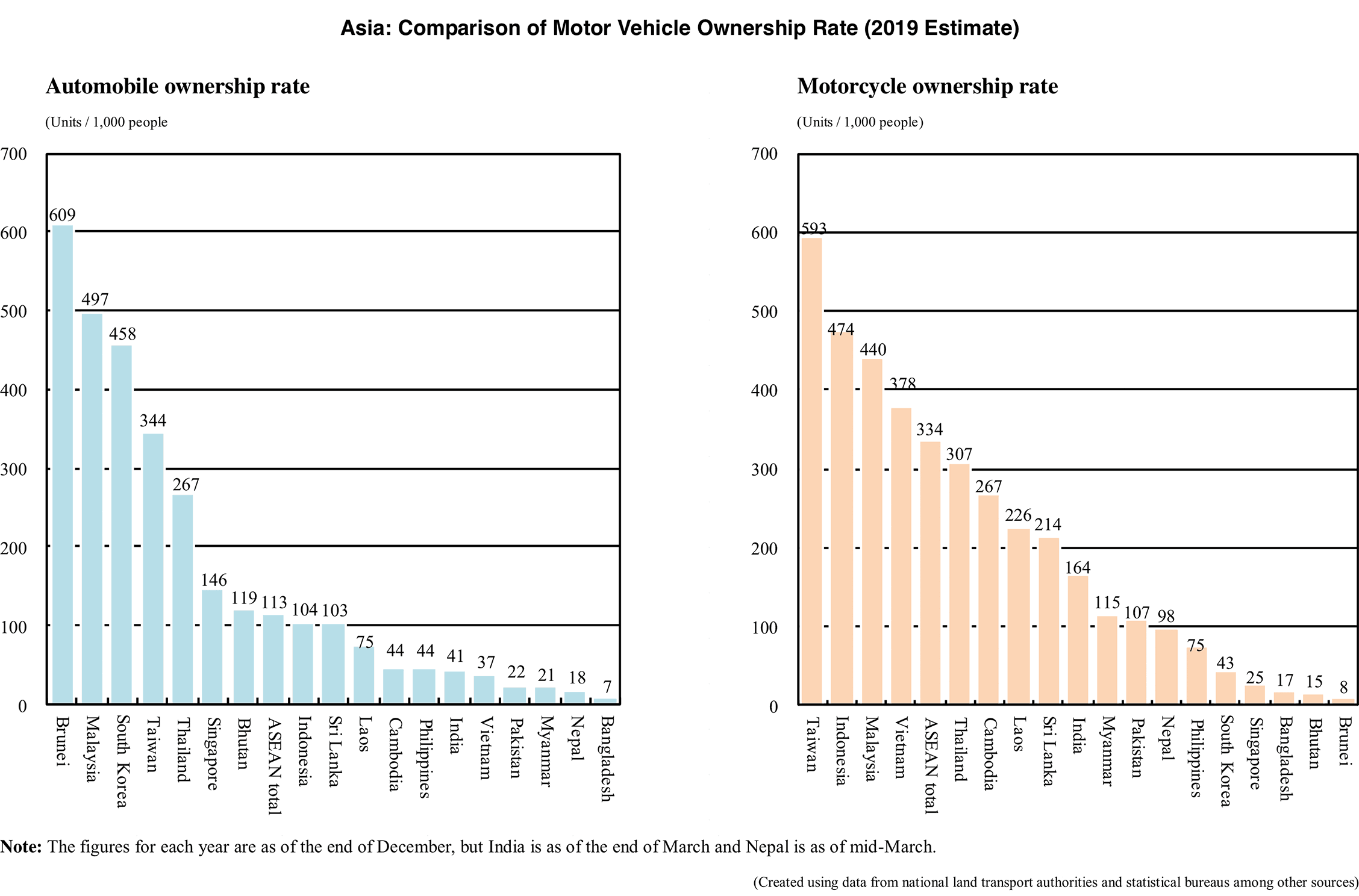 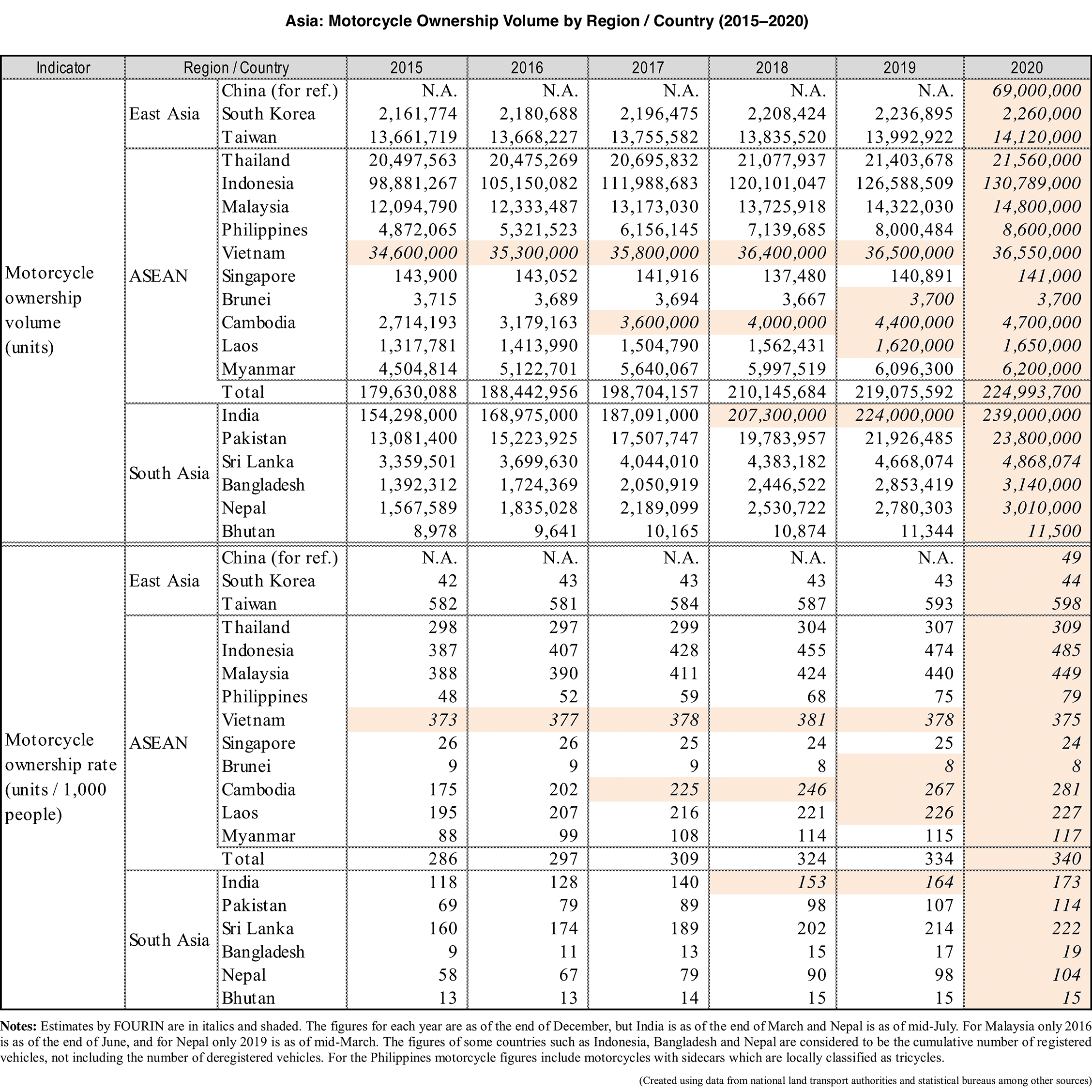