South Korea’s automobile exports (CBUs only) shrank to 1.88 million units in 2020, down 21.4% from the previous year. The number of automobiles exported fell below 2 million for the first time in 17 years since 2003. The decline in exports is largely attributable to the shrinking demand in most countries, including nations in North America and Europe, which are major export destinations. The decline is largely due to the global outbreak of the new coronavirus. However, even excluding the impact of the pandemic, strategic changes by foreign manufacturers, such as the termination of contract manufacturing of the Nissan Rogue by Renault Samsung (RSM) for the North American market, and the termination of exports of GM Korea’s Chevrolet Spark to Europe (sold as Opel Karl in Europe), also became factors behind the decline in South Korea’s exports. 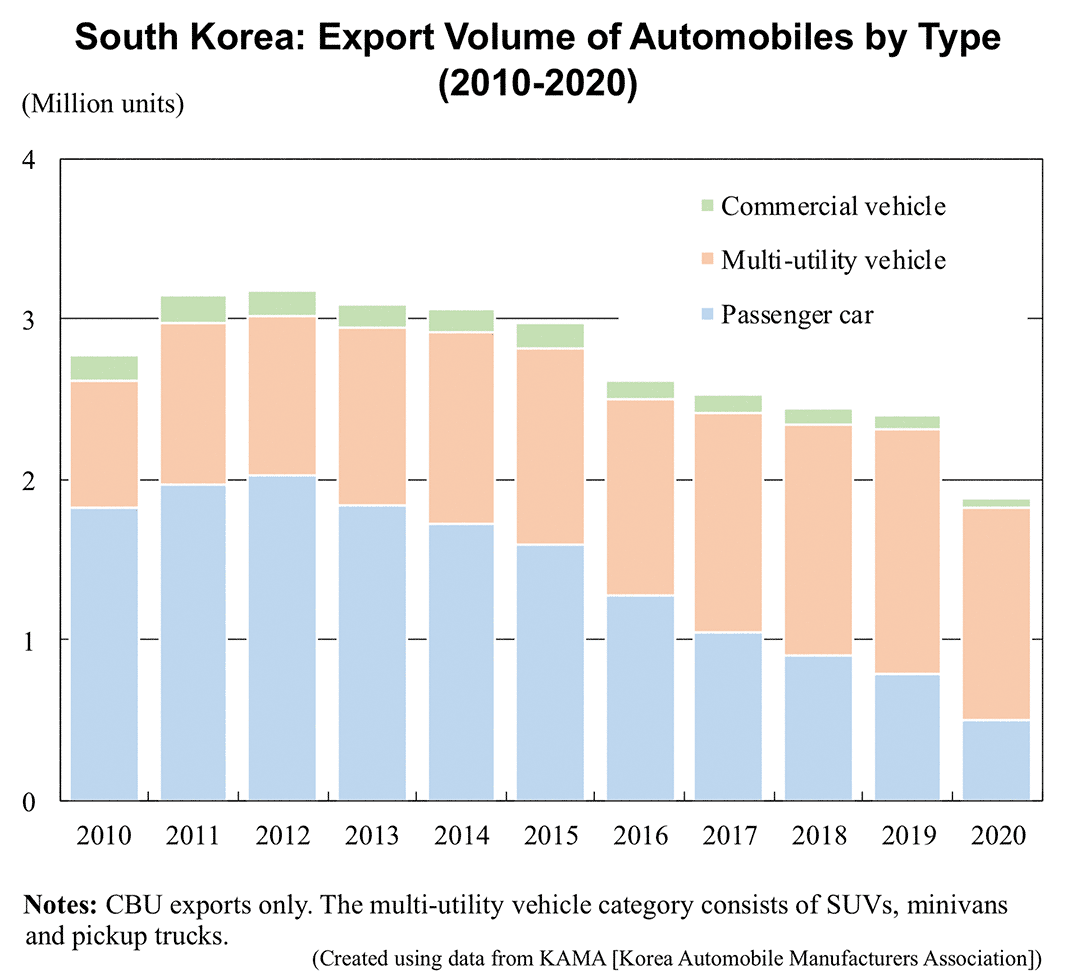 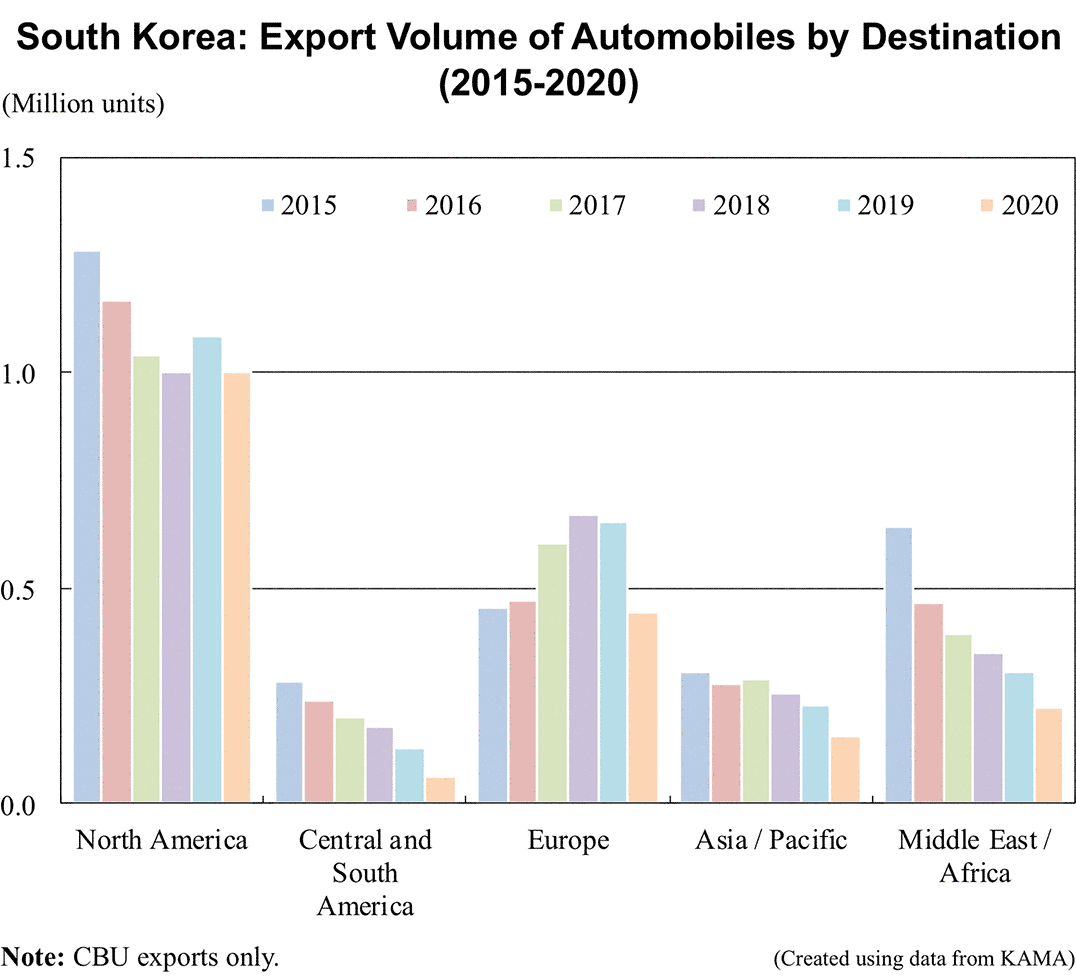 Looking at the long-term trend of exports of CBUs from South Korea, it peaked out at 3.17 million units 2012 and then gradually declined for eight consecutive years until 2020. Against this background, Hyundai Motor Group (Hyundai and Kia), which account for eighty percent of all CBU exports from South Korea, have reduced CBU exports while increasing overseas production. In addition, the production and export of three South Korea-based foreign-affiliated companies, GM Korea, RSM and Ssangyong, are shrinking due to decisions made in light of global developments. Although South Korea’s exports as a whole keep declining, the exports of electric vehicles such as HEVs and BEVs in addition to SUVs have been expanding recently, which is a new export trend.

Looking at export results by destination in 2020, exports to North America (mainly to the U.S.), the largest export market, fell 7.8% to 1 million units. The rate of decrease in exports was a lot higher to other destinations. Exports to the EU declined 30.2%, while exports to the Middle East fell 19.7%. 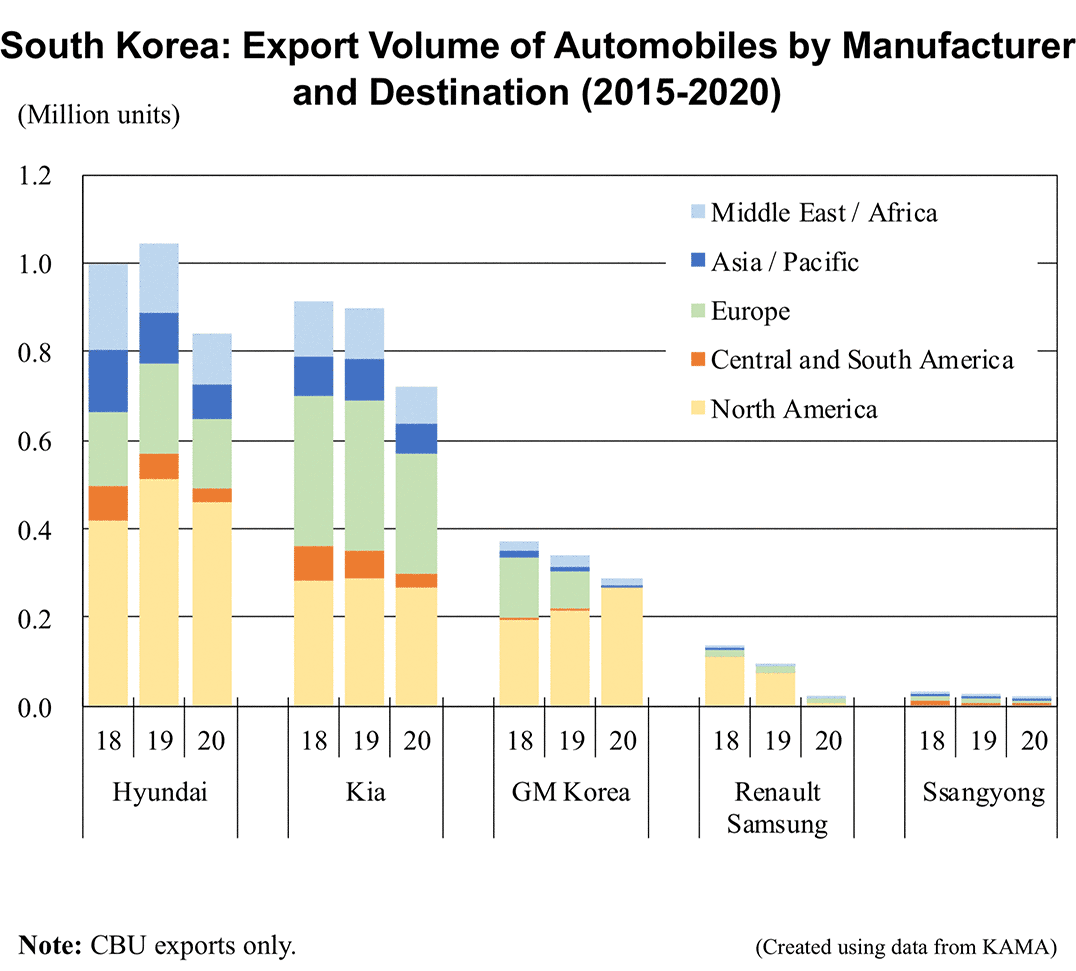 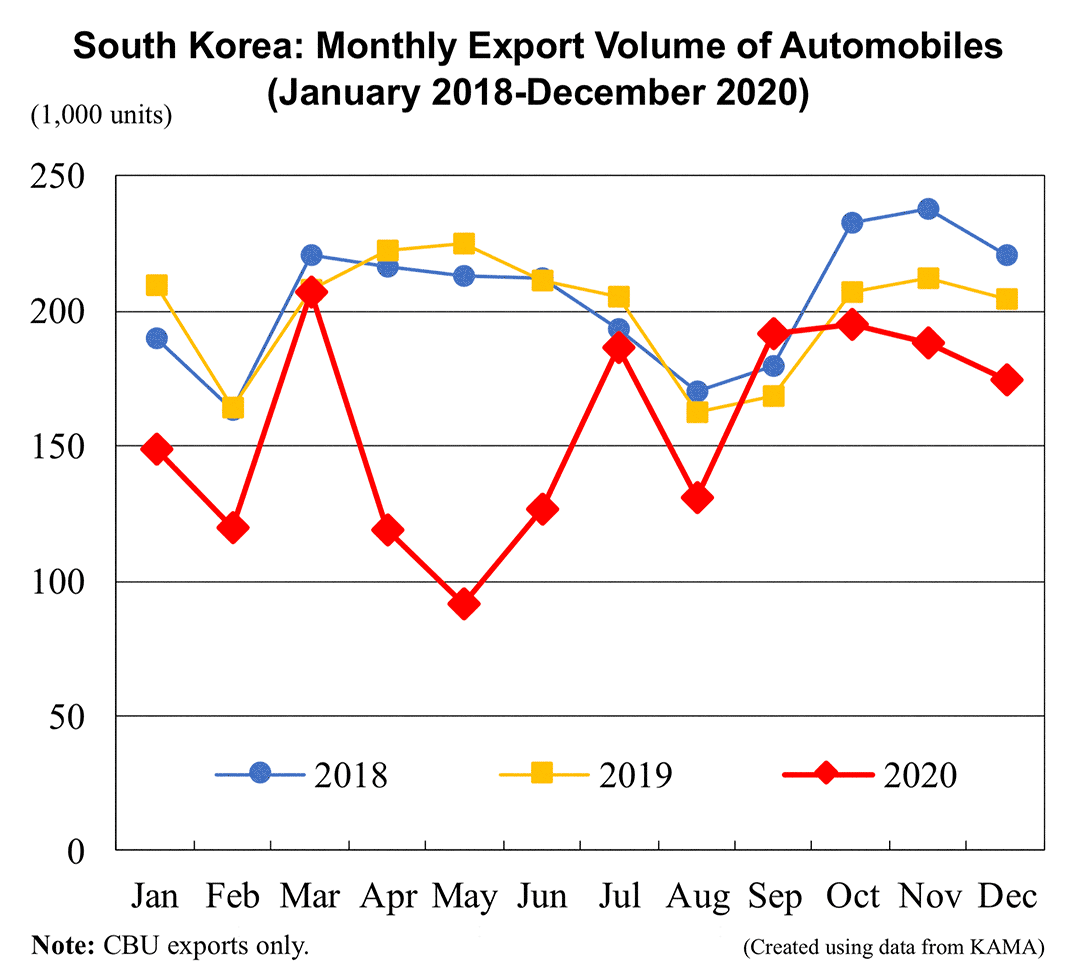 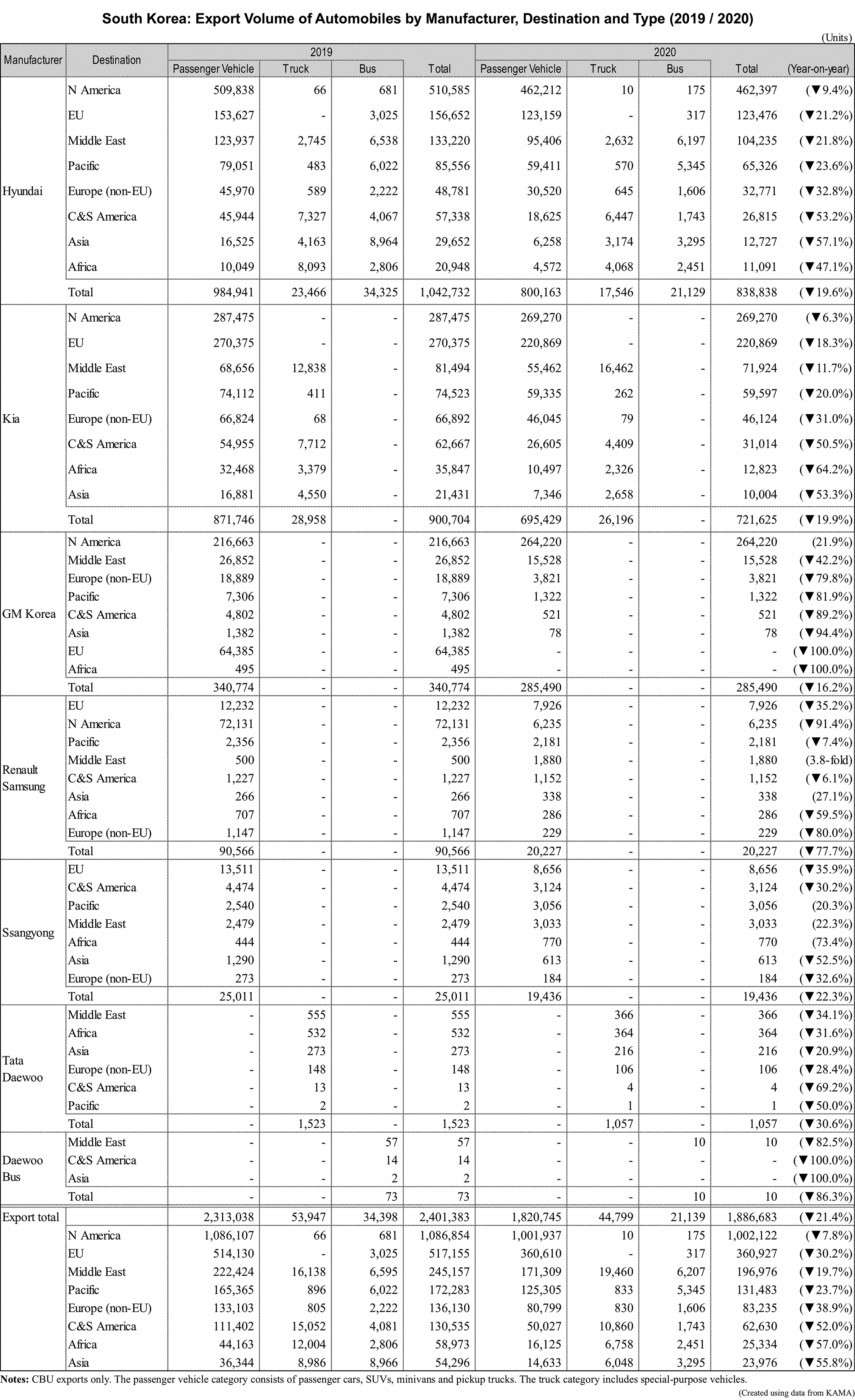