South Korea’s Automobile Sales in the First Half of 2020

In the first half of 2020, South Korea’s automobile sales volume increased 6.4% compared to the same period of the previous year to 962,000 units. In addition to the early peaking of the new coronavirus infection from late February to early March, the government’s introduction of individual consumption tax cuts on automobiles from March 2020 has boosted the new car market. The regular tax rate was reduced from 5% to 1.5% from March to June and to 3% from July to December. Looking at data on a monthly basis, sales decreased in January and February 2020 from the same month of the previous year, but increased in the next four consecutive months. In particular, sales in June, the final month of the 1.5% preferential tax rate for individual consumption tax, increased significantly by 41% due to rush demand. 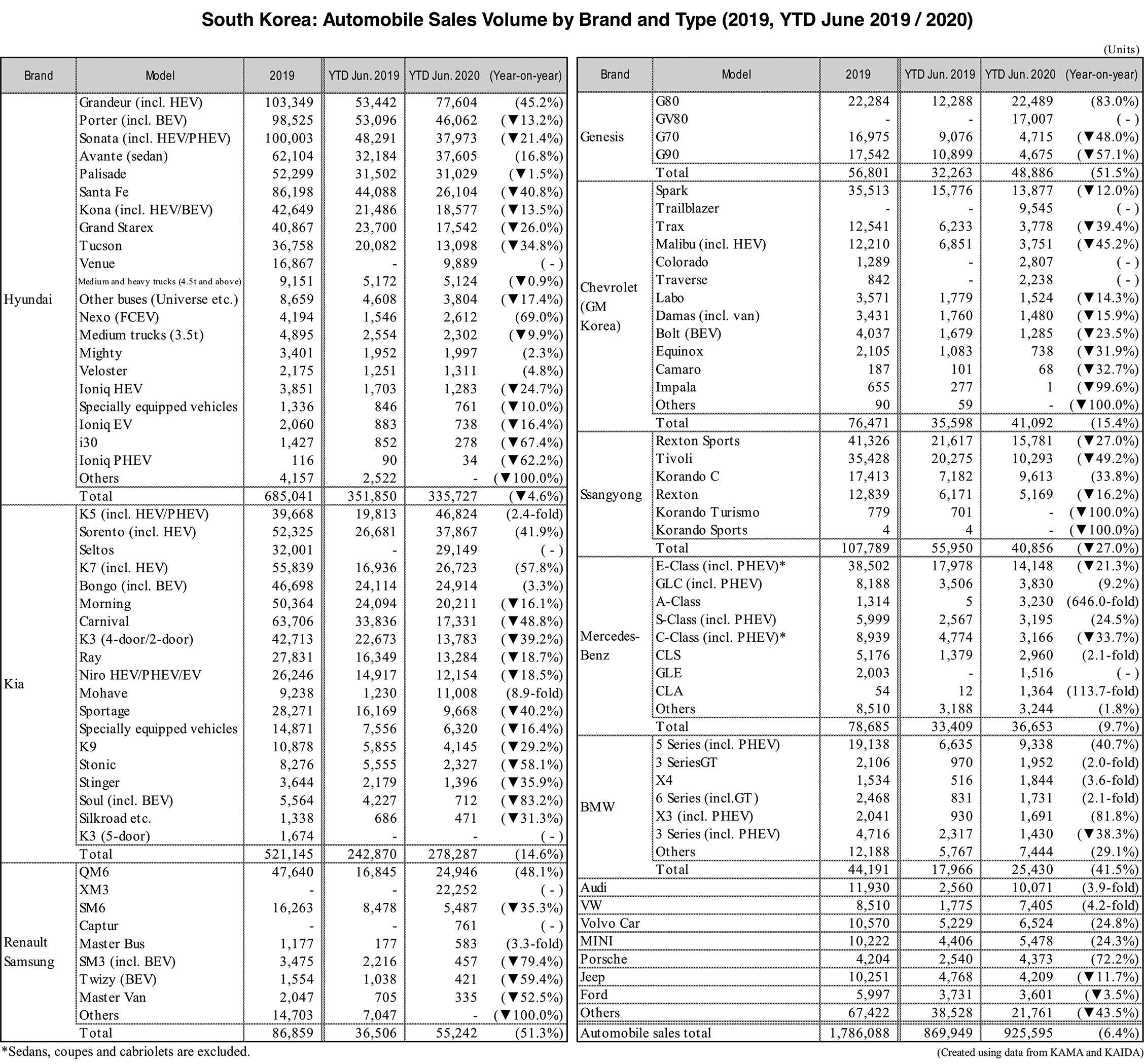 (SUZUKI Kohei)
Please log in or subscribe to AAA weekly to view the rest of this report.
Free trial subscriptions are available!