In 2020, China's imported passenger vehicle market fell 10.6% from the previous year to 1 million units. The effect of the new coronavirus infection on the production and sales of the global automotive market was substantial.

Looking at the results by brand origin, while sales of European brands declined 8.1% to 588,000 units, their market share expanded 1.6 percentage points to 58.8%. Japanese brands grew 1.7% to 365,000 units, driven by Lexus. While the overall market for imported passenger vehicles shrank, Japanese market share expanded 4.4 percentage points to 36.5%, exceeding 36% for the first time in 12 years. Sales of US imported vehicle fell 60.5% to 47,000 units due to the pandemic and the impact of the Sino-US tension. Market share shrank to 4.7% from 10.7% in the previous year.

Regarding the market composition by segment, SUVs, which are popular in China, realized the highest sales. Although unit sales fell 11.0% to 551,000 units, market share remained at 55.1%, unchanged from the previous year. The Near executive / Executive (E1 / E2) segment had the second largest market share with 20.8%. Together with the Luxury (F) segment, accounted for 7.9%, and Sports (P) segment, accounted for 7.0%, sales shown the unchanging popularity of high-end passenger vehicles.

The top five administrative units in terms of imported vehicle sales were Guangdong, Zhejiang, Jiangsu, Beijing and Shanghai just like in the previous year. The total sales in the top five administrative units reached about 480,000 units, accounting for almost half of all imported vehicle sales. Strong demand for imported passenger vehicles was concentrated in China's southeastern coastal area which has a large population and relatively rapid economic growth. 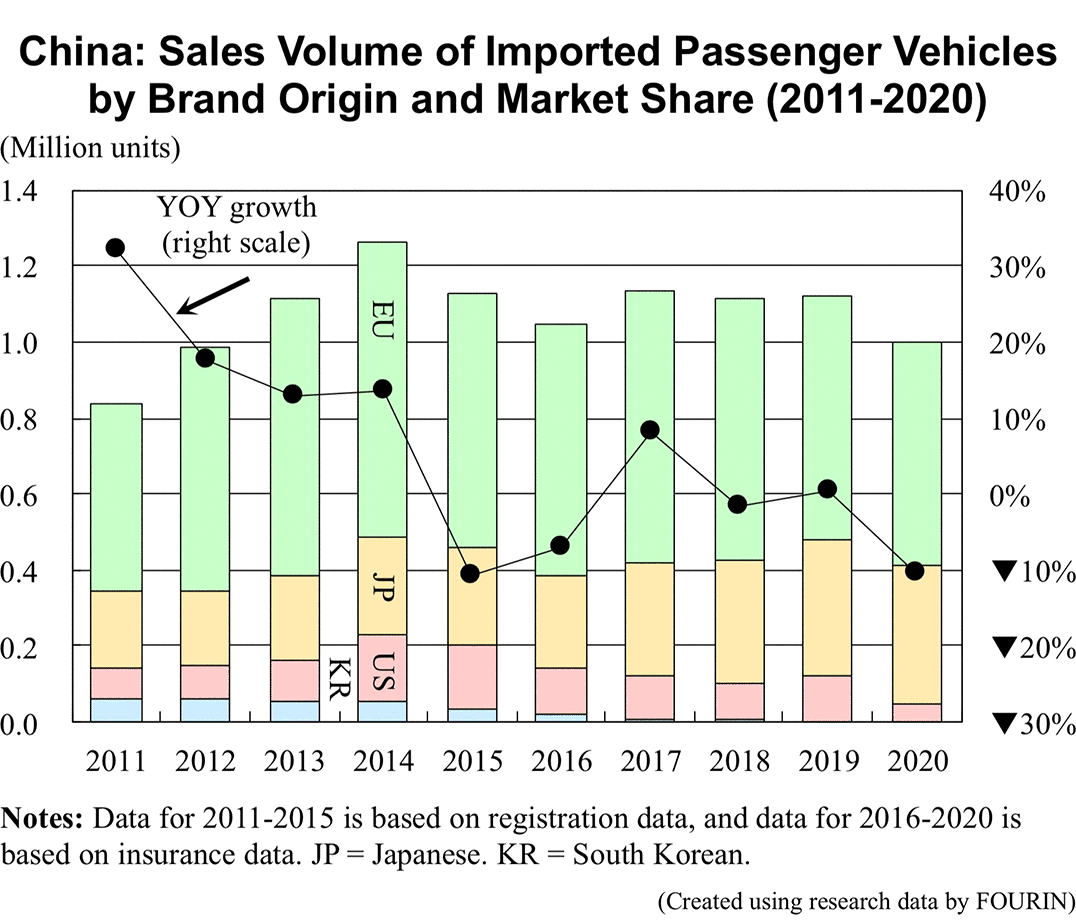 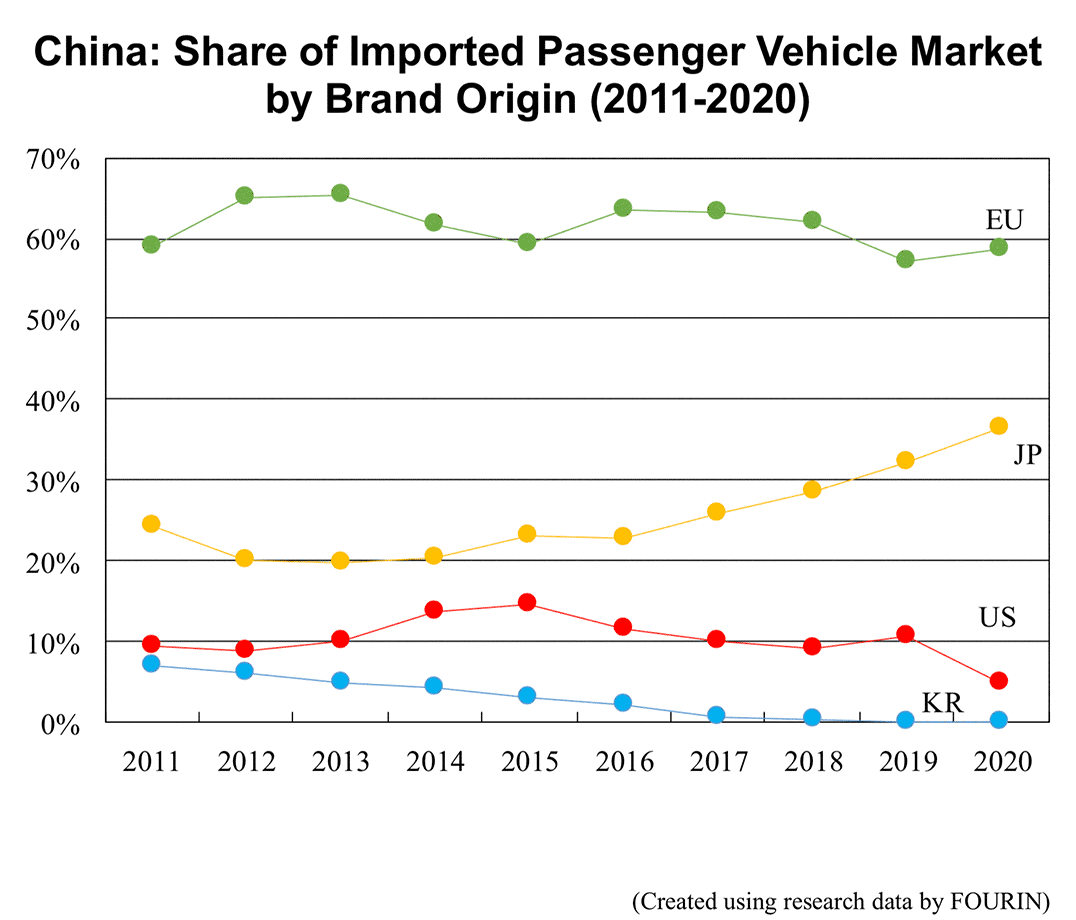