Toyota’s automobile sales in China in 2020 (announced by Toyota including Toyota and Lexus brand models) reached a record high of 1.79 million units, up 10.9% from the previous year. Due to the outbreak of the new coronavirus infection, sales fell 70.2% to 24,000 units in February 2020, but sales outlets resumed operations at the end of March and results surpassed those of the previous year from April. The increase in sales was attributable to the success of attracting store visits through regional motor shows and online events from May, as well as strong sales of new models such as the Levin, Avalon and Wildlander, and the Lexus brand. By model, the Levin sold 236,000 units, up 11.2%, followed by the RAV4 with 173,000 units, up 24.9%, the Lexus ES with 115,000 units, up 24.7%, the Avalon with 111,000 units, up 88.6%, and the new Wildlander, launched in February 2020, which added 77,000 units to the total. In 2021, the TNGA-based models Allion and Levin GT, which were developed by FAW Toyota and GAC Toyota respectively, will be released, and the motor sports brands GR and Supra (5th generation) will be introduced to the Chinese market. 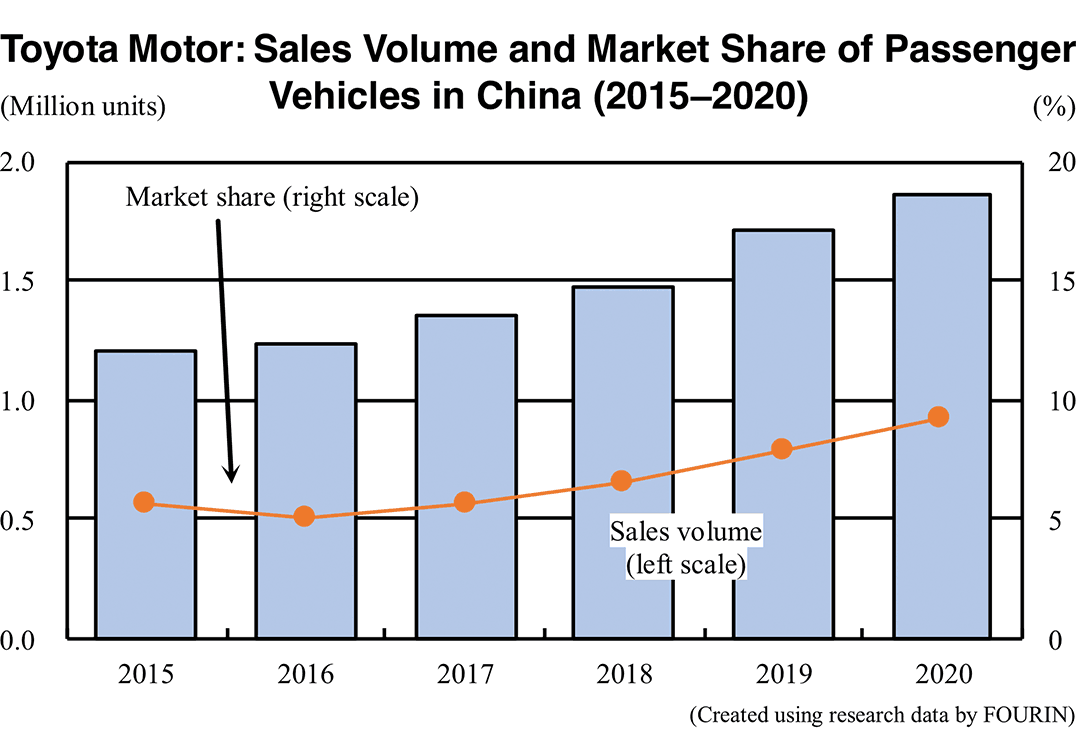 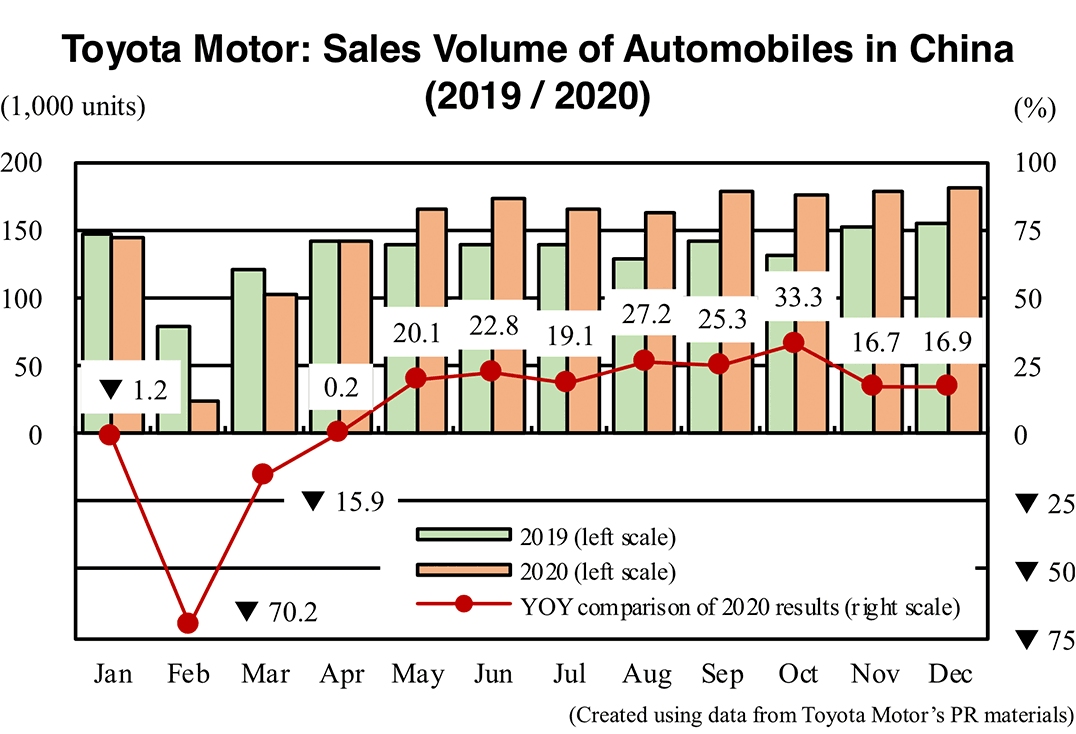