Indonesia’s automobile production dropped 4.2% year-on-year in 2019 to 1.28 million units, going down for the fifth consecutive year. Although CBU exports increased 25.5% to 332,000 units, domestic sales declined 10.5% to 1.03 million units, dropping for the first time in four years.

Except for the Daihatsu Sigra and Hona Brio Satya, all the other six LCGC models declined. The non-sedan (4x2) segment increased 0.3% to 747,000 units, benefitting from increased production of the Mitsubishi Xpander, Toyota Rush and other 1.5L and above-class models. In the commercial vehicle segment, all classes declined double digits in the pickup truck / truck segment. 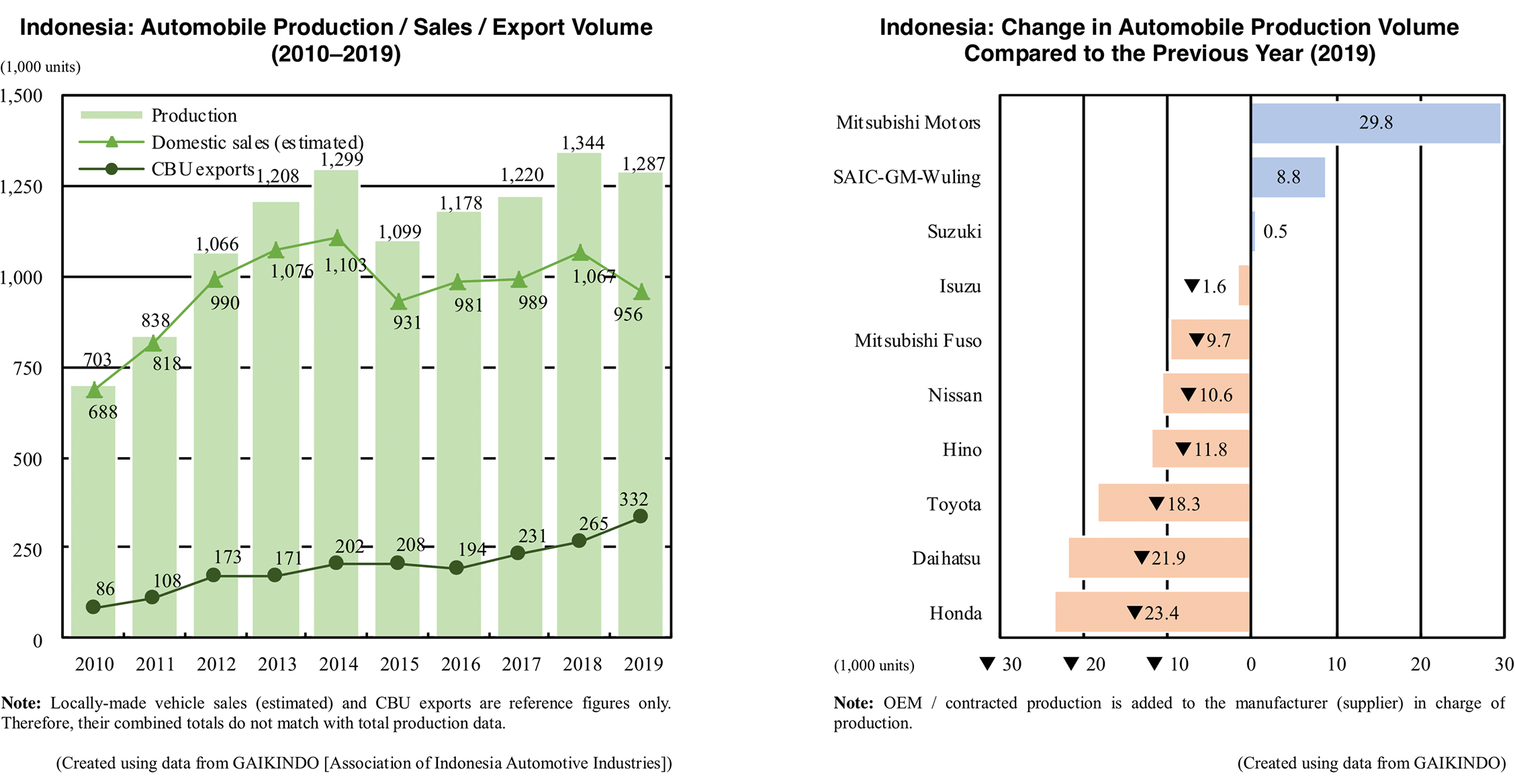