In response to rising popularity of SUVs in Indonesia, Honda Motor launched the fully-redesigned BR-V compact SUV in September 2021. In addition to the BR-V, the fully-remodeled HR-V compact SUV was released in March 2022. Unlike in Malaysia and Thailand, where Honda has already launched HEV models, the automaker does not have any HEVs on the market in Indonesia; however, the automaker indicated that it intends to roll out HEVs in Indonesia soon.

In Thailand the HR-V e:HEV was released in November 2021 and the Civic e:HEV was launched in June 2022, increasing the number of HEV models Honda has on the Thai market to five.

In Malaysia, the HEV versions of the City hatchback and the new HR-V were released in February 2022 and July 2022 respectively. Currently, Honda has three HEV models on the Malaysian market but the HEV lineup is planned to be further expanded.

・In October 2021, Honda launched the new Civic RS in Indonesia. - Eleventh generation Civic hatchback. In Indonesia, only the sporty version RS is available. - Imported from Thailand. - Powered by a 1.5L VTEC turbocharged engine. Equipped with HONDA SENSING. - Has a price tag of 586.9 million IDR.

・In March 2022, Honda launched the new HR-V compact SUV in Indonesia. - The model was fully redesigned for the first time in seven years. - Available in four grades: S, E, SE and RS. The S, E and SE grades combine a 1.5L DOHC i-VTEC engine with a CVT. The RS grade mates a 1.5L VTEC turbocharged engine with a CVT. It is the first time that Honda launches the HR-V RS with a 1.5L turbocharged engine in Indonesia. - All grades are equipped with HONDA SENSING. - The SE grade accounts for about half of all reservations - In the first 12 months since its launch, 35,000 units of the HR-V are aimed to be sold. With the introduction of the new model, Honda aims to more than double sales compared to 2021’s result. - Production is carried out in the Karawang Plant. Local content rate is 80-82, going up from the previous model’s 70%. - Price ranges between 649 million and 515.9 million IDR.

Starting export of the BR-V

・Exports of the BR-V began from the Karawang Plant in March 2022. - The first batch of 69 units were exported to Trinidad and Tobago, Barbados and other Caribbean countries. - Six thousand units are aimed to be exported in 2022. In the first 12 months since its launch, 11,000 units of the BR-V are planned to be exported. - In addition to Asia, the model is planned to be exported to some 30 countries and regions including South America and Africa. - In addition to the Brio and BR-V, Honda plans to export additional models as well.

Expanding the sales network outside of Java Island

・In May 2022, Shimizu Kotaro, director president of Honda Prospect Motor (HPM), announced his intention to establish 20 new dealers, mainly outside Java Island, in the next one year to expand sales. - Since sales outside Java Island account for a high proportion of 35 to 40% of HPM’s total sales, the company plans to strengthen its sales network outside Java Island to further boost sales volume. - HPM plans to upgrade small stores to 3S stores. - As of June 2022, there were 155 authorized dealers throughout Indonesia. 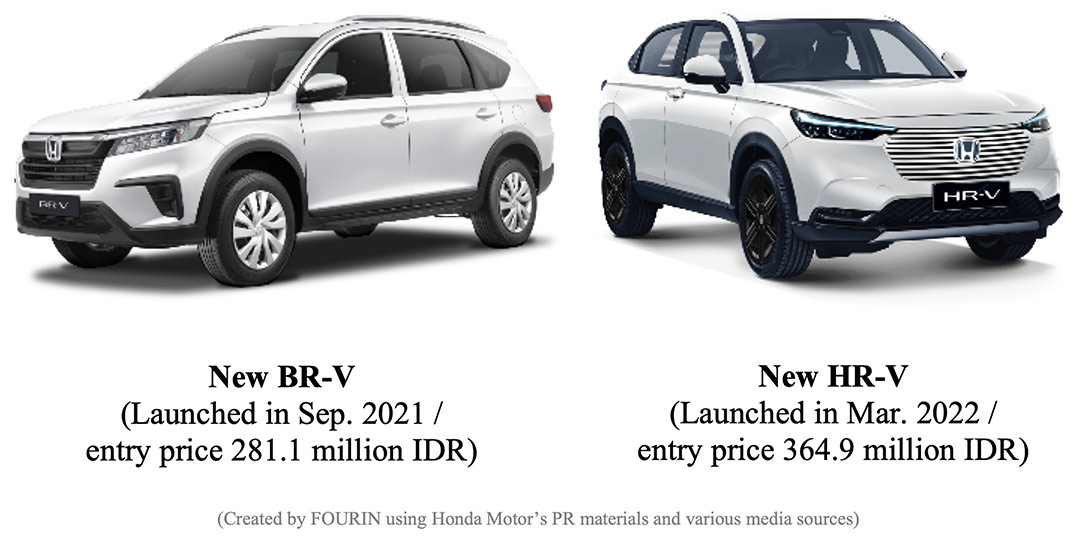