Okinawa, whose mainstay products are in-house-developed models, had nine models in total, including five fitted with lithium-ion batteries, as of March 2020. Its product lineup consists of not only low-speed models such as the Lite and R30 (maximum speed 25km/h), but also high-speed models such as the Ridge+ and i-Praise+. Cumulative sales volume exceeded 60,000 units by February 2020. It is said that it controls about 30-40% of the electric motorcycle market in India as of 2019 to 2020 (considered to be the second largest share after that of Hero Electric). In addition, three of its models, the Ridge +, Praise Pro and i-Praise +, are eligible for subsidies provided by the second phase of FAME-India, a policy that promotes the expansion electric vehicle use. Regarding Okinawa’s product strategy, the company currently produces and sells only hub motor-type models, but is also developing new onboard-type products and plans to build a product lineup that meets the needs of various customers.

Okinawa is also working to strengthen its production system. The assembly of electric scooters will start at its second plant in 2020, and the new third plant will start operation in 2021, increasing annual production capacity to 1 million units. The company already manufactures hub motors in-house, but plans to start assembling battery packs in-house when the new plant starts operation.

Regarding battery cell procurement, Minamizawa Yasuhiro Executive Director of Sales at Okinawa Autotech said in an interview with FOURIN that currently battery cells are imported from China but procurement of Japanese-made battery cella is also planned from several companies. The company is working to strengthen its procurement system with an eye on achieving an annual production of 1 million units. 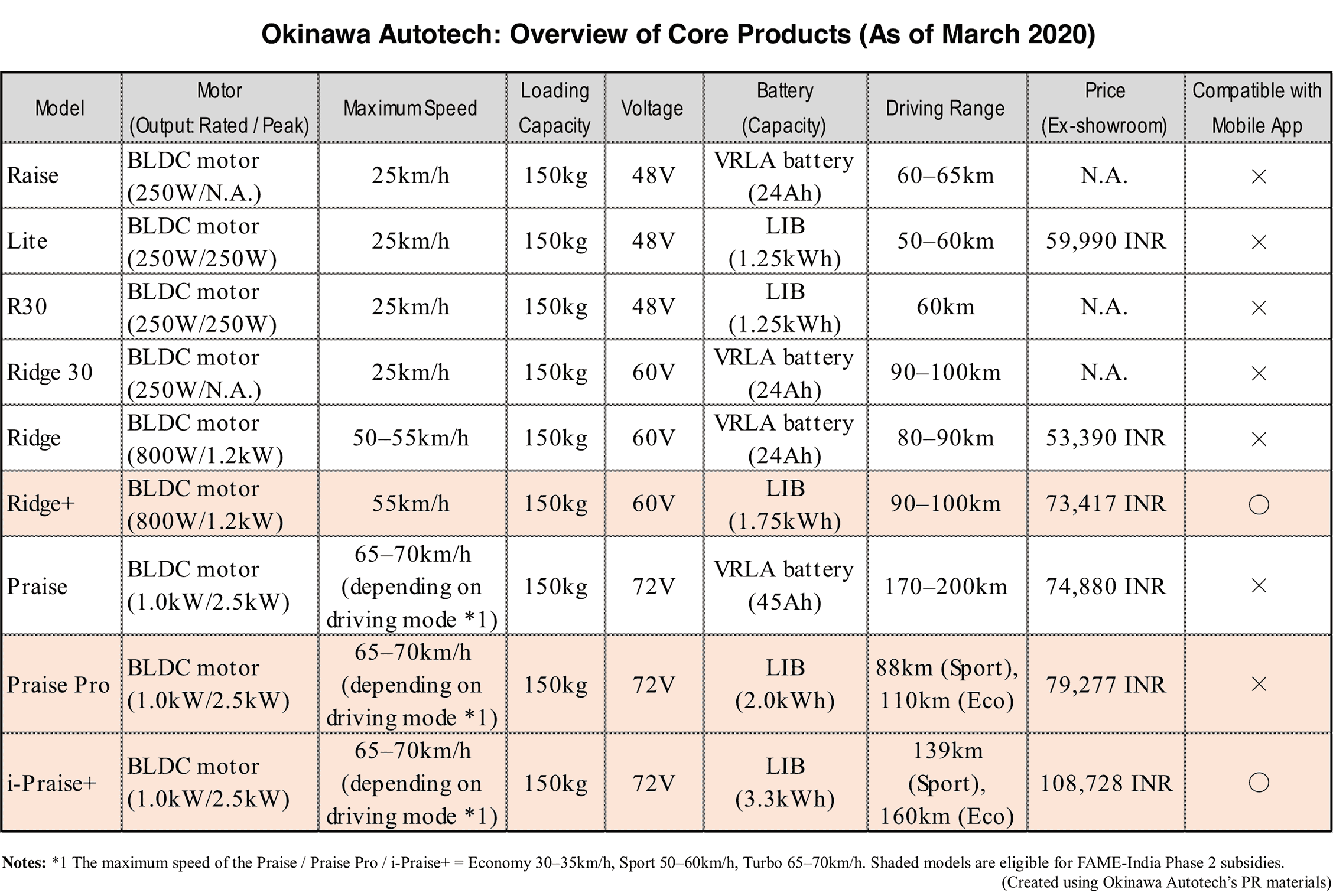