Thailand’s automobile sales volume dropped 3.3% year-on-year in 2019 to 1.01 million units, declining for the first time in three years. One-ton pickup trucks, B-segment passenger cars and other core segments decreased across the board. The market share of one-ton pickup trucks slumped 0.1pp to 42.8% while B-segment passenger cars fell 1.5pp to 26.0%.

The passenger car market declined 3.8% to 338,000 units. Of which the B segment, which is the best-selling segment among passenger cars, fell 8.6% to 262,000 units. The B segment turned to growth in 2017 and 2018 thanks to solid performance of the Mazda2, Toyota Yaris and Yaris ATIV, and Honda City and Jazz, but declined again to 2019. The segment-leader Mazda2, which includes both the sedan and the hatchback model, dropped 8.7% but remained on top. However, looking at data by vehicle body type in the B segment, the Toyota Yaris is the top model among hatchback models and the Toyota Yaris ATIS is the highest-selling sedan among sedan models. The C segment inched up 1.8% to 57,000 units. While the segment-leader Honda Civic increased 13.9% to 31,000 units, nearly all other models declined. The D segment sharply increased, going up 2.2-fold to 19,000 units. The steep rise was driven by the fully-redesigned Toyota Camry which was launched in October 2018. 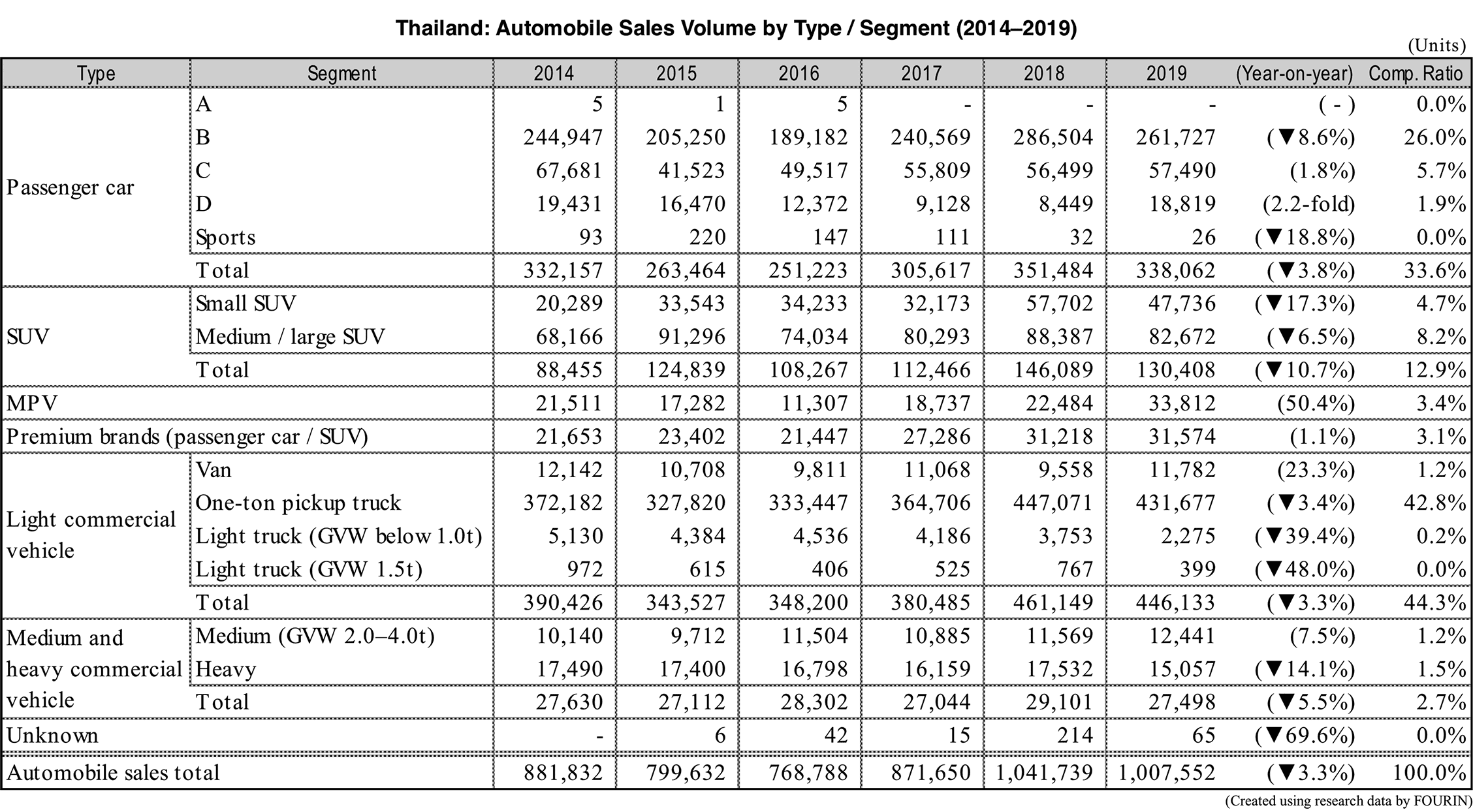