India's CBU exports in 2020 fell 39.1% from the previous year to 473,000 units. Exports sharply dropped for the first time in 11 years since 2009. In response to the global spread of the new coronavirus infection, the market environment of export destinations worsened, resulting in a significant decline of nearly 40% over the previous year.

The number of CBUs exported from India peaked at 850,000 units in 2016 and has continued to decline since. In 2020, the pandemic was the biggest factor in the decrease in exports, but the reduction in exports from India by three Western automakers, Ford, GM and VW, was also an additional cause.

Ford, which was the largest automobile exporter from India in 2017 and 2018 exporting around 50,000 units annually, discontinued exports of the Figo to Europe (sold as the Ka+ in Europe) in 2019 following a shift in its sales strategy in Europe. Partly due to this, Ford’s exports in 2020 fell 55.8% to 65,000 units, a significant drop compared to other major automakers. With the complete withdrawal from India, GM discontinued production at the Talegaon Plant at the end of 2020, which was used exclusively as an export base in the final years of operations. Until now, the plant has exported the Chevrolet Beat in CBU form to the Latin American and Caribbean markets.

Looking at the results of other major manufacturers, CBU exports of Hyundai, the largest CBU exporter from India, fell 45.4% to 99,000 units. The decline was due to shrinking sales in emerging markets such as the Middle East, a major export destination of Hyundai. Kia began exporting the Seltos from India in October 2019 and the Sonet in October 2020.The Sonet is a global model whose production is concentrated in India. It is planned to be exported to more than 70 countries, mainly emerging markets India's largest automaker, Maruti Suzuki, exported 85,000 CBUs in 2020, down 20.5%, ranking second behind Hyundai in terms of export scale. The decline was moderate thanks to the export launch of the S-Presso, which has been exported since the beginning of 2020. In March 2021, cumulative exports of Maruti Suzuki reached 2 million units. 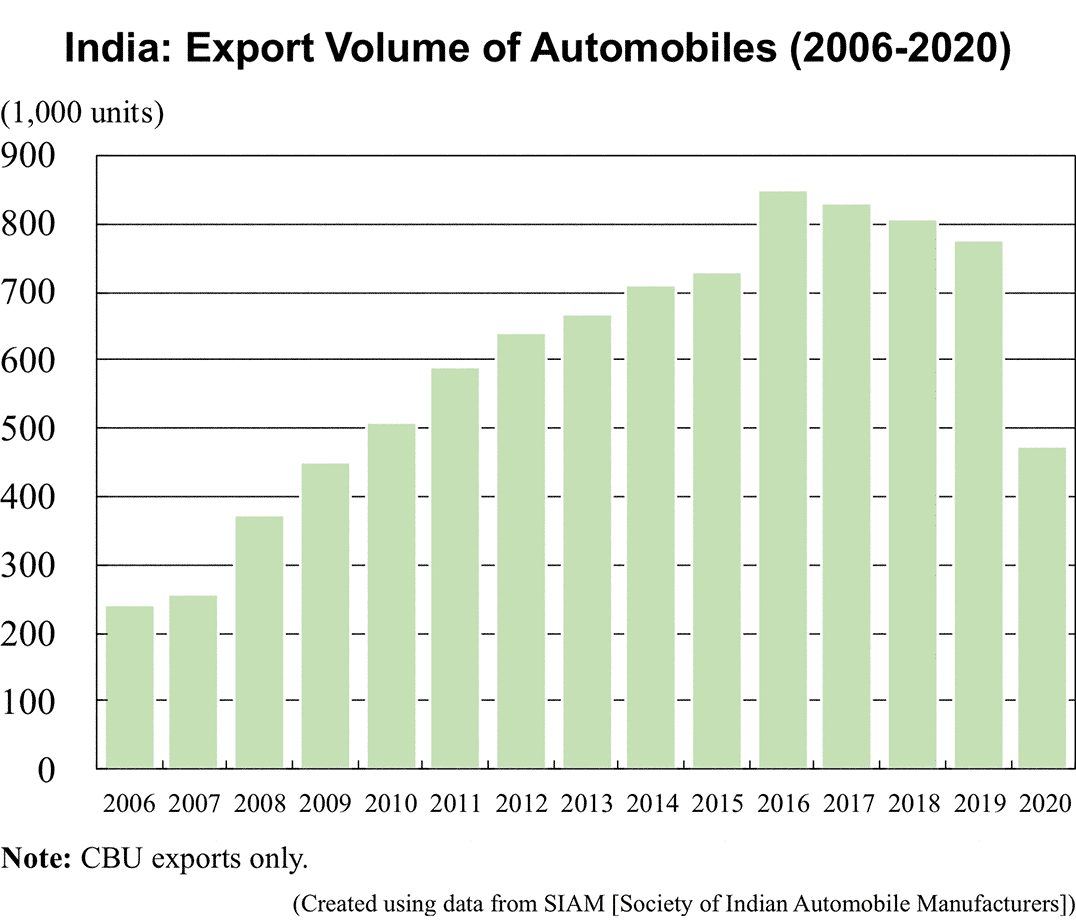 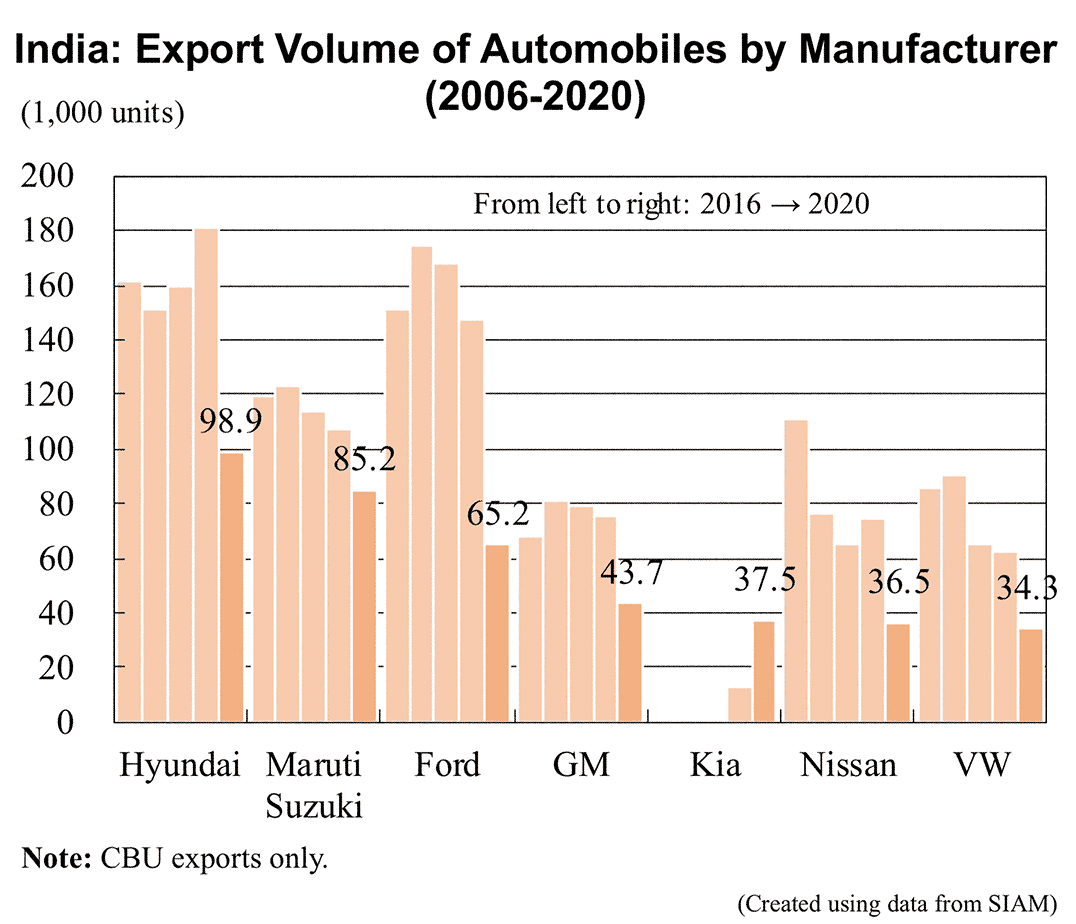