The sales volume (substituted with factory shipment data) of NEVs (BEV, PHEV and FCEV) in China is expected to exceed 6.8 million units in 2022, nearly doubling from the previous year. Since 2022 was the final year of the NEV subsidy policy, it is forecast that last-minute demand likely boosted NEV sales. In addition, NEV sales in 2023 is expected to increase by 33% from 2022 to 9.1 million units.

In recent years, in addition to the extension of cruising range by the performance improvement of NEVs, the installation of smart functions such as voice recognition as well as connected and driving support functions is expanding. For consumers, product development is progressing that makes them want to purchase NEV products even without subsidies. The NEV market is changing from policy-driven to market-driven, so it is believed that further expansion of NEV sales can be expected.

However, the NEV subsidy policy will be abolished in 2023, and the cost of raw materials such as in-vehicle batteries is expected to rise. So there are concerns that this could lead to a decline in consumer willingness to buy. 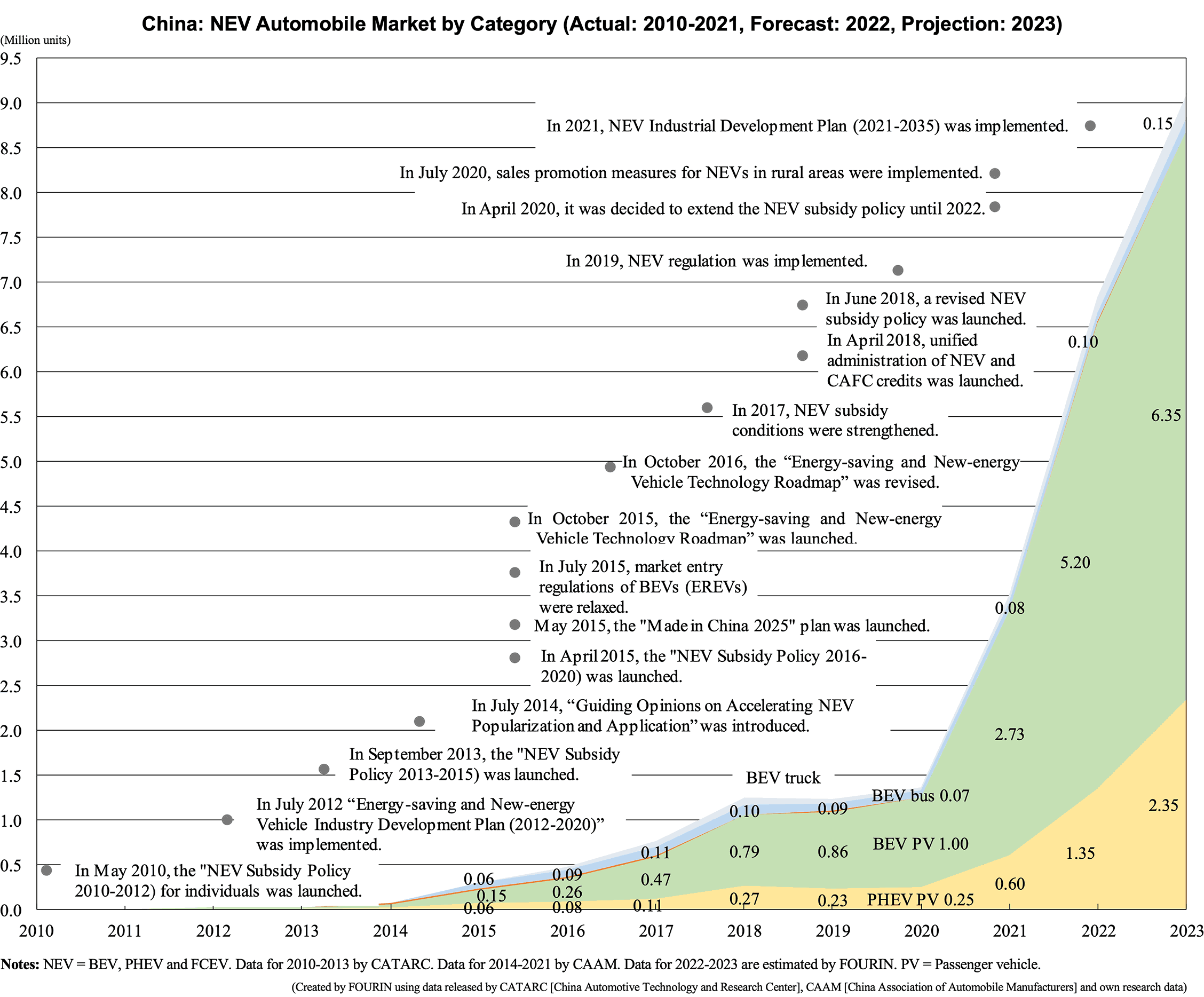