Looking at sales by vehicle type, passenger cars dropped 5.6% to 170,000 units. While most passenger car segments declined, the C segment inched up 0.2% thanks to sound sales of Taiwan’s best-selling model the Corolla Altis. Recreational vehicles, a category that consists of SUVs, MPVs and station wagons, increased 5.6% to 217,000 units. Of which, SUVs went up 9.0% to 172,000 units, accounting for around 40% of Taiwan’s entire vehicle market. Commercial vehicles increased 6.5% to 53,000 units. 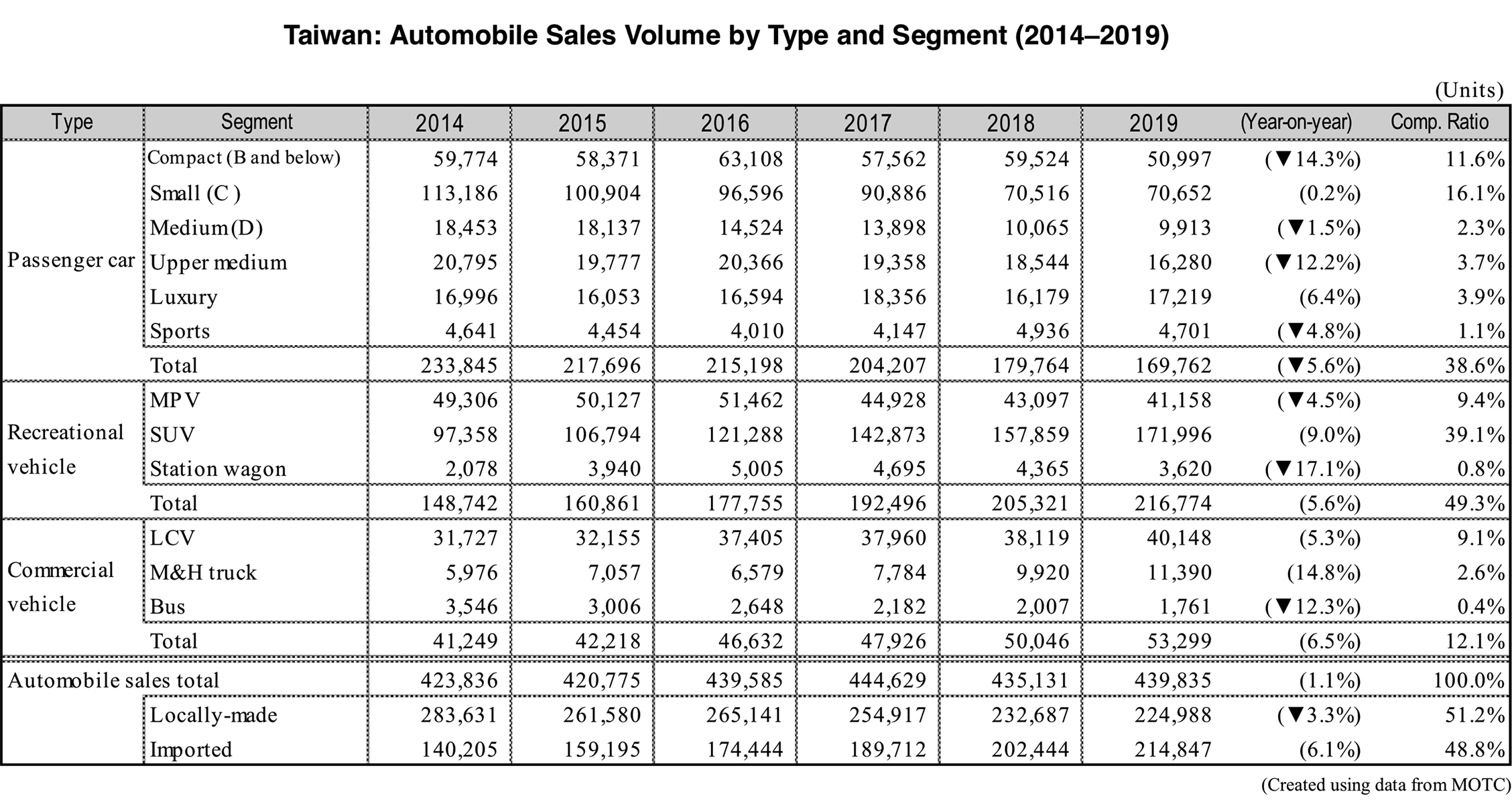 The market in 2020 is expected to remain at the same level or slightly decrease from the previous year. Taiwan’s Hotai Motor, which engages in the production and sales of the Toyota brand, predicts that the overall market will be around 435,000 units. Meanwhile, another local automaker Yulon Motor, which manufactures and sells Nissan models, forecasts that sales will slightly drop to 432,000 units.