Japan’s Automobile Sales in the First Half of 2020

Japan’s automobile sales in the first six months of 2020 fell 19.8% compared to the same period in 2019 to 2.2 million units. Amid sluggish market conditions due to the introduction of higher consumption tax rates in October 2019, new-vehicle effect of the Toyota Yaris and Honda Fit, launched in February 2020, was expected to boost sales; however, the outbreak of the new coronavirus in March overshadowed new vehicle demand. Monthly decrease compared to the same month of the previous year was 9.3% in March, 28.6% in April, 44.9% in May and 22.9% in June. The rate of decrease in May was the second highest after the 47.3% decline in May 2011 recorded immediately after the Great East Japan Earthquake. 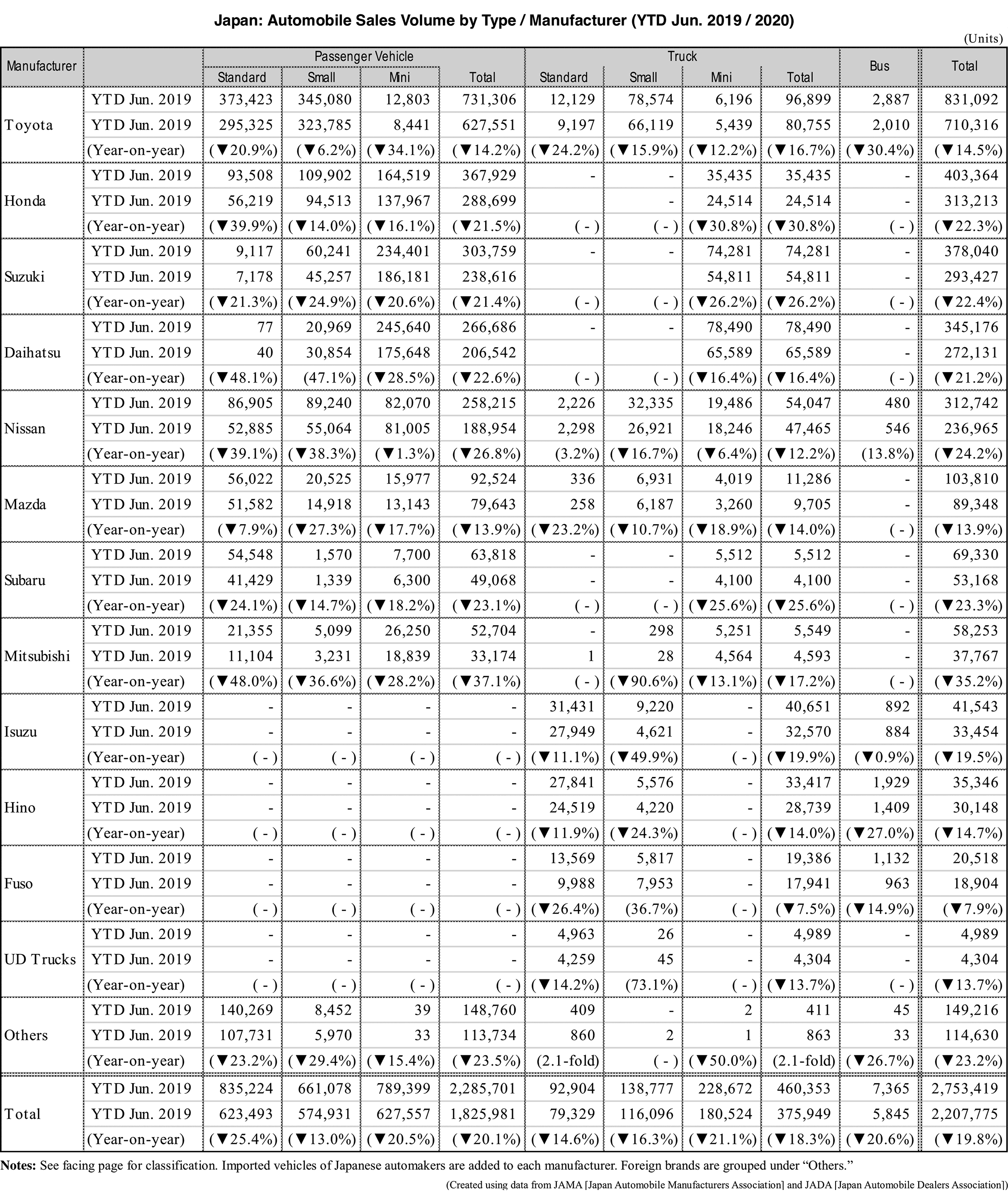 The situation will remain critical in the second half of 2020 due to the rising number of new coronavirus infections in Japan. However the release of the fully-redesigned Toyota Harrier in June 2020 and Toyota’s effort to actively leverage new vehicle sales by introducing incentives for a limited time may improve sales. FOURIN forecasts that demand will recover from October onward, sales declining some 10% to 4.73 million units.