In 2019, South Korea’s automobile market fell 1.7% year-on-year to 1.78 million units. The market maintained a high level of around 1.8 million units for five consecutive years, supported by the reduction of individual consumption tax on automobiles implemented until the end of 2019. Despite a slight decline of the overall market, electric vehicle sales remained strong. According to FOURIN’s research, the total sales volume of electric vehicles (HEVs, PHEVs, BEVs and FCEVs) increased 12.0% to 138,000 units, their market share increasing by 1.0pp to 7.8%.

Looking at sales by brand, market-leader Hyundai increased 3.8% to 685,000 units, becoming the only locally-manufactured brand that increased sales. Sales were boosted by the fully-redesigned Sonata, launched in March 2019, which went up 51.9% to 100,000 units, and the all-new Palisade SUV, released in December 2018, which added 52,000 units to the total. On the other hand, Hyundai’s premium brand Genesis dropped 7.4% to 57,000 units.

In terms of sales volume, Hyundai was followed by Kia, Ssangyong and Renault Samsung. Kia decreased 2.0% to 521,000 units. Although SUV sales increased 5.2%, driven up by the all-new Seltos launched in July 2019, passenger cars declined 2.1%. Ssangyong went down 1.2% to 108,000 units and Renault Samsung declined 3.9% to 87,000 units. Chevrolet (GM Korea) suffered the most noticeable drop in sales, going down 18.1% to 76,000 units. It dropped from fourth to sixth position in terms of sales ranking. Being one of the five largest automakers in South Korea, it is the first time that GM Korea landed on sixth place, the lowest ranking of the automaker ever since sales data became available in 2000. 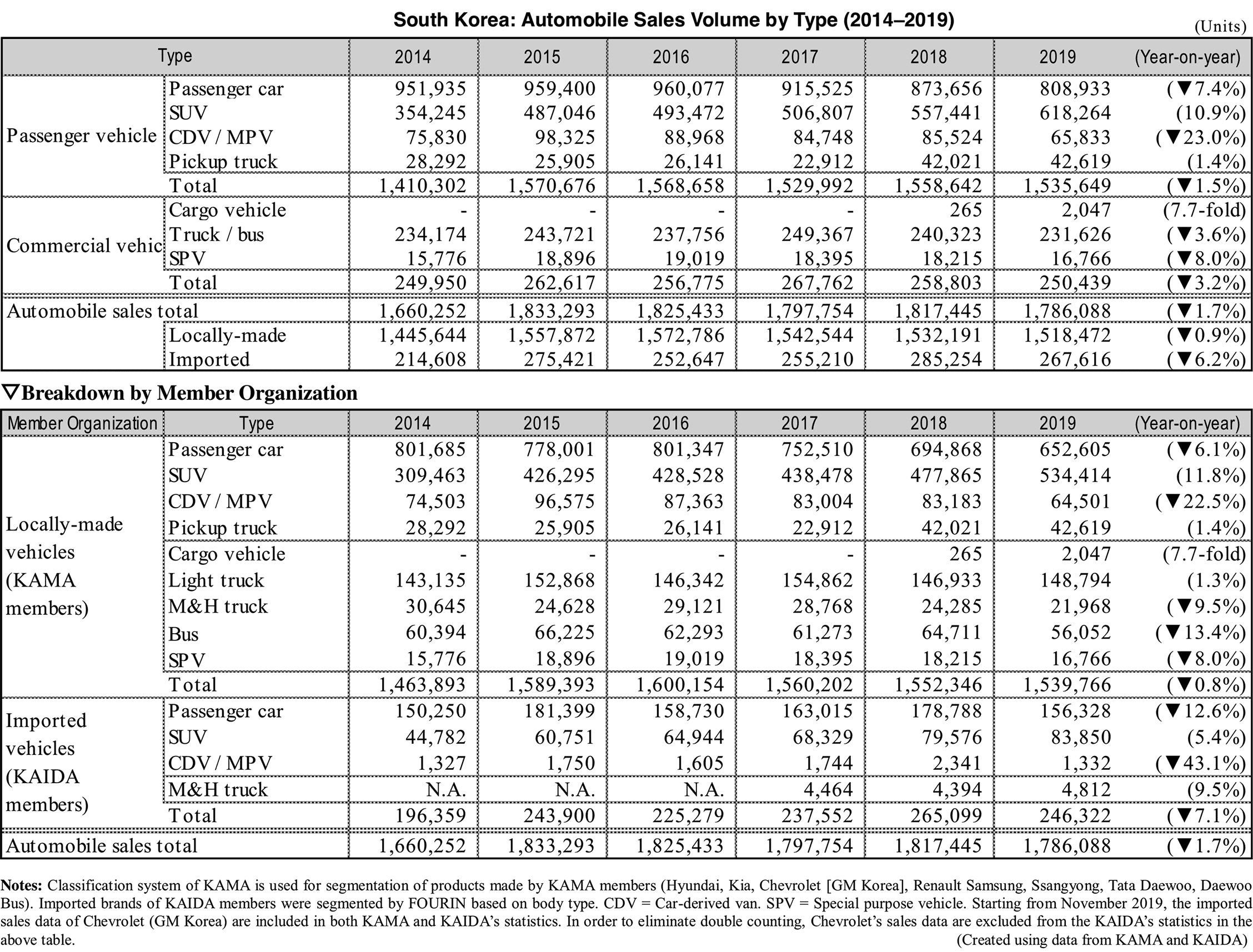