Honda Motor plans to increase its annual production scale of BEVs to more than 2 million units by 2030. For this reason, the automaker is strengthening its BEV production system. In October 2021, Honda announced that its local subsidiaries would establish two new BEV-only plants for the first time in China, which is positioned as Honda’s main market for electrification. Both plants are scheduled to be launched in 2024 with a combined annual production capacity of 240,000 units.

As of March 2022, Honda's global BEV lineup consisted of the VE-1 and M-NV models in China and the Honda e model in Japan. In China, the automaker plans to launch 10 BEV models under the Honda brand over the next five years. In Japan, a mini BEV is planned to be released in 2024 followed by a BEV model jointly developed with Sony in 2025. In North America, two BEV models are planned to be launched in 2024, both models using GM’s BEV platform and the Ultium battery. 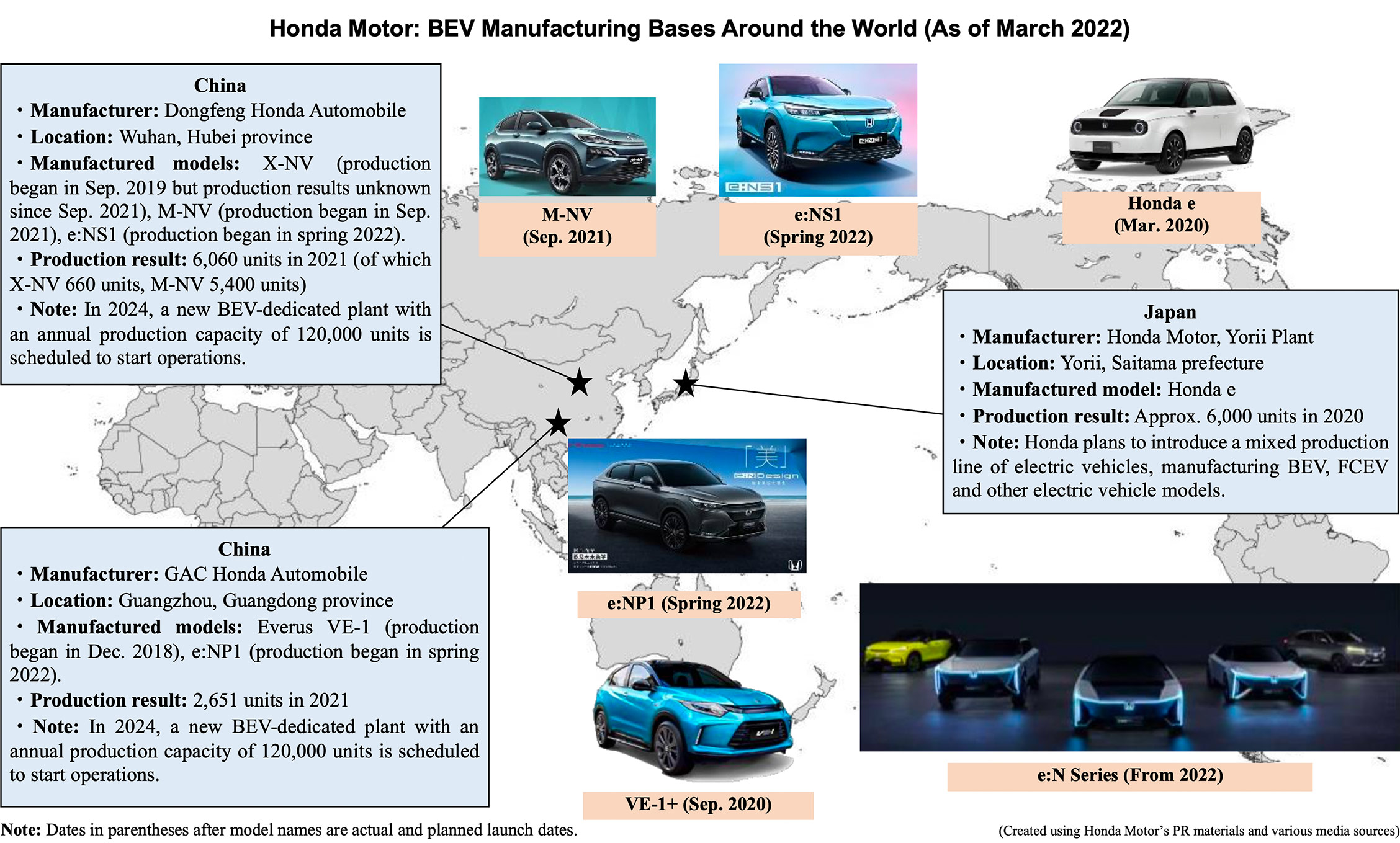