In the global automobile industry, even if electrification progresses, it is predicted that at least about 70% of vehicles will be powered by internal combustion engines in 2025-2030. Fuel economy and exhaust gas regulations are tightened around the world, and engine improvement continues to be an important theme. Under these circumstances, demand for fuel injection systems, which are one of the important technologies for improving combustion efficiency of the engine, has been on the rise. Automakers and major suppliers around the world have promoted direct injection and have been increasing injection pressure for years. There are also efforts to increase combustion efficiency by controlling the fuel injection amount and timing more precisely.

In recent years, the injection pressure of gasoline engines has been ranging between 250 bar and 350 bar. VW, BMW, Volvo Car, Mazda and Hyundai among others have increased the engine’s injection pressure to 350bar along with introducing direct injection and turbocharging. Marelli (formerly Magneti Marelli) has proposed an ultra-high pressure fuel injection system that can handle up to 1,000 bar. This is an ultra-high pressure injection technology used in F1 cars but now introduced to ordinary passenger cars. The mechanism is almost the same as that of the existing systems, but pressure has been increased by improving the injector. Delphi Technologies also exhibited a fuel injection system of over 500 bar for gasoline direct-injection engines at the Frankfurt Motor Show (IAA 2019) in September 2019. This was achieved by adopting the in-house developed DFI21 Modular Injector which is equipped with a newly-developed ECU for precision and high pressure control. In addition, Mazda uses the industry’s highest-pressure fuel injection system (700 bar) for the newly developed SKYACTIV-X engine. On the other hand, for diesel engines, Delphi exhibited a 3,000 bar common-rail system using the DFI21 Modular Injector intended for medium and large commercial vehicles at IAA 2019. 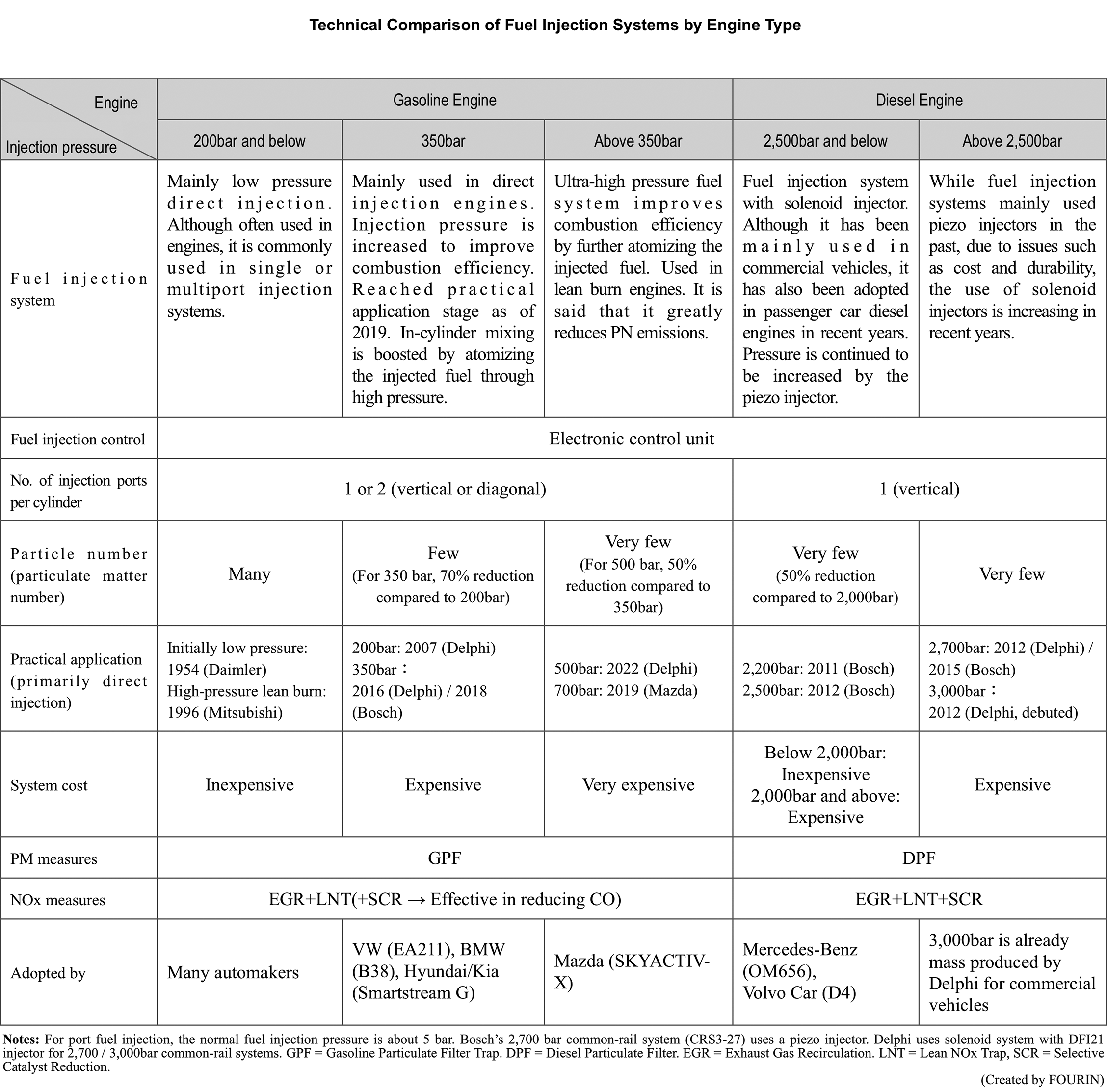