Indonesia’s automobile market fell 10.5% year-on-year to 1.03 million units in 2019. By vehicle type, passenger vehicles fell 10.2% to 786,000 units and commercial vehicles declined 11.6% to 245,000 units, both going down double digits. The market continued to recover for three consecutive years from 2016 to 2018, but it dropped in 2019 due to falling commodity prices and uncertainties prior to the general election in April of the same year, sales decreasing to 1 million units.

By brand, top brands declined across the board. Indonesia’s largest automaker Toyota fell 5.8% to 332,000 units. Major models such as the Calya and Kijang Innova declined. However, the largest-selling model, Avanza, which underwent significant improvement in January 2019, increased 5.1% to 86,000 units, raising Toyota’s market share by 1.6 points to 32.2%. Daihatsu’s sales fell 12.6% to 177,000 units. The Sigra, which received a facelift in September 2019, increased 2.7% to 52,000 units, but the Gran Max among other models fell by double digits. Honda decreased 15.3% to 137,000 units. Although the fully-redesigned LCGC (Low Cost Green Car) program-compliant Brio Satya increased 16.5% to 55,000 units, the HR-V, Mobilio and other models nosedived over 30%. Mitsubishi Motors decreased 16.7% to 119,000 units. The Xpander, which had a weak new-vehicle effect, fell 16.5% to 63,000 units, but remained the second-best-selling model in the Indonesian market. Nissan’s own models continued to decline, but sales of the new Livina, which is the Mitsubishi Xpander supplied as OEM to Nissan, increased 78.7% to 12,000 units. Indonesia’s automotive industry association GAIKINDO forecast in the beginning of the year that the market will increase over 5% in 2020. Reasons given for the market’s comeback include the market’s recovery from around the end of 2019, lower interest rates and the stability of exchange rates. 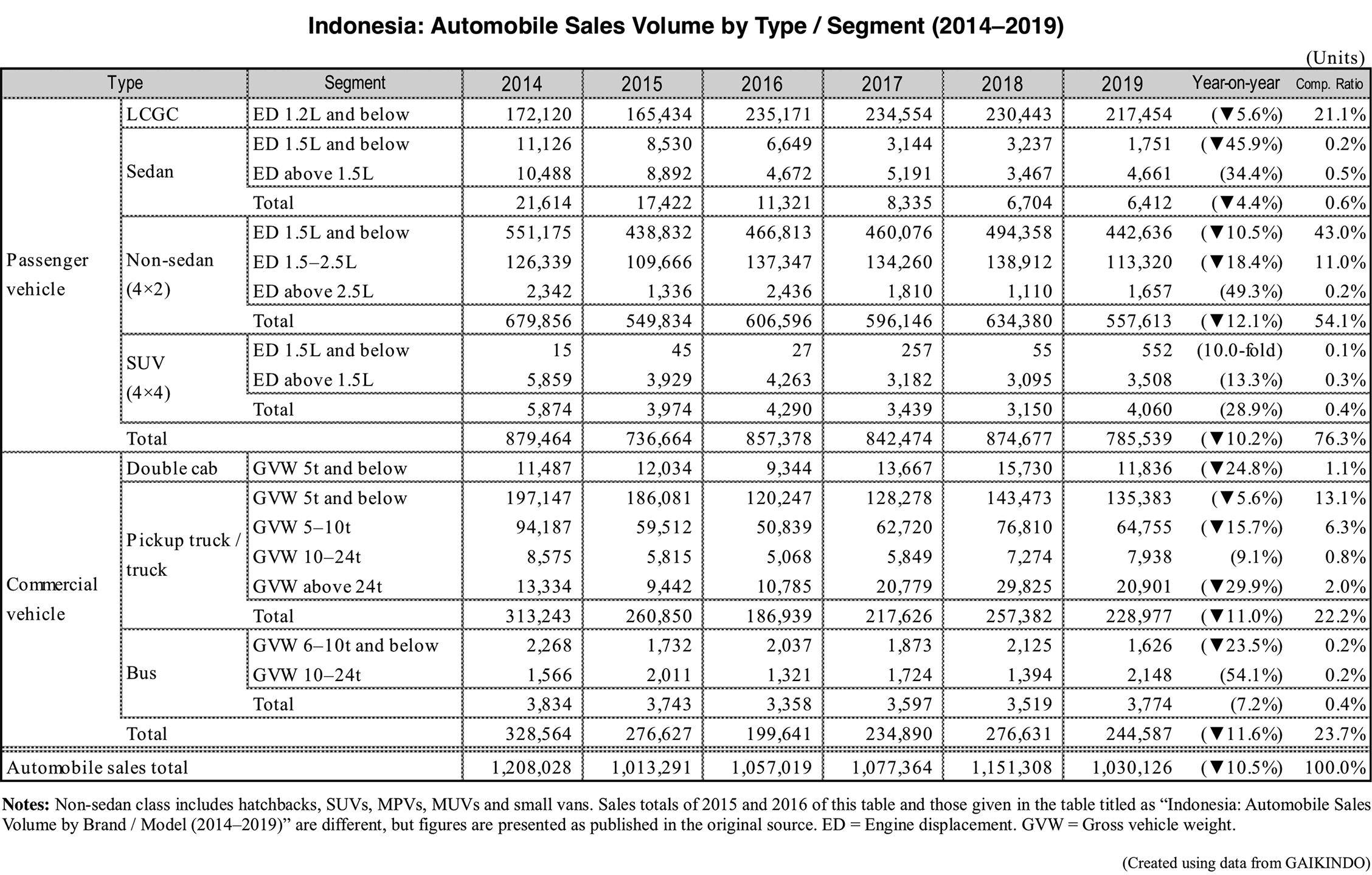