Toyota Motor announced its battery strategy for the popularization of electric vehicles until 2030 in September 2021. The company plans to invest 1.5 trillion JPY in strengthening research and development of drive batteries and building a battery supply system to promote the diffusion of electric vehicles. Toyota has set a goal of reducing the battery cost per BEV by 50% in the latter half of the 2020s in order to promote electric vehicles. The automaker intends to increase competitiveness by reducing the cost of the battery itself and improving the electricity cost by improving the efficiency of the entire vehicle.

・Toyota plans to globally sell 8 million electric vehicles, including 2 million ZEVs (BEV + FCEV) by 2030 toward the realization of carbon neutrality in 2050. - HEVs will continue to be the axis of the strategy, but powertrains will be selected for each market depending on their effect on reducing CO2 through Well to Wheel under local conditions. - In markets where the ratio of power generation from renewable energy is low, Toyota will promote HEVs. On the other hand, in markets where renewable energy is widespread, ZEVs will be promoted. 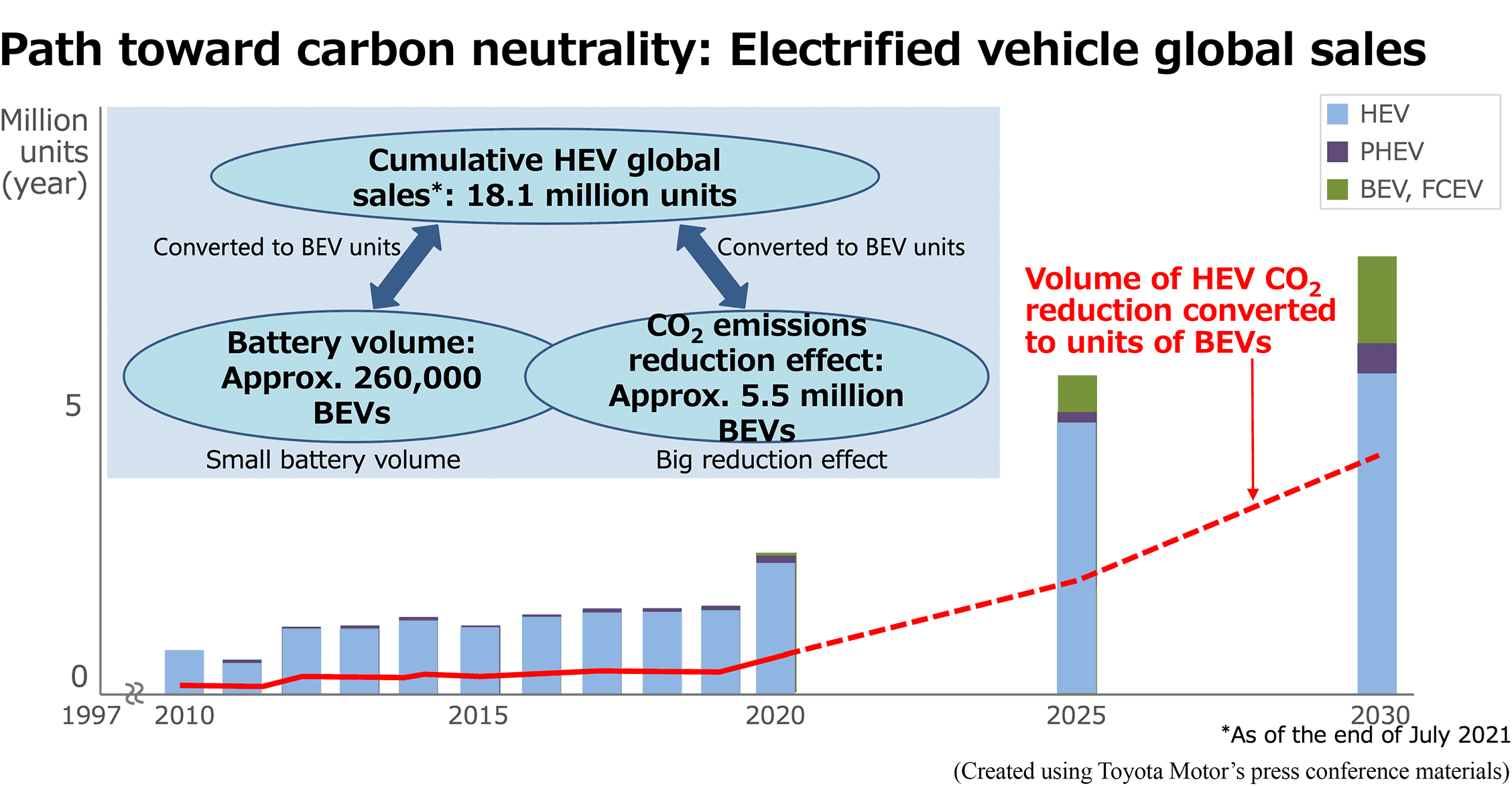