India’s automobile market fell 13.4% year-on-year in 2019 to 3.85 million units. Structural factors include the country’s economic downturn and rising vehicle prices associated with compliance with stricter environmental and safety regulations. As a result, all segments declined apart from the small SUV and small MPV segments, underlining the rising popularity of small utility vehicles. 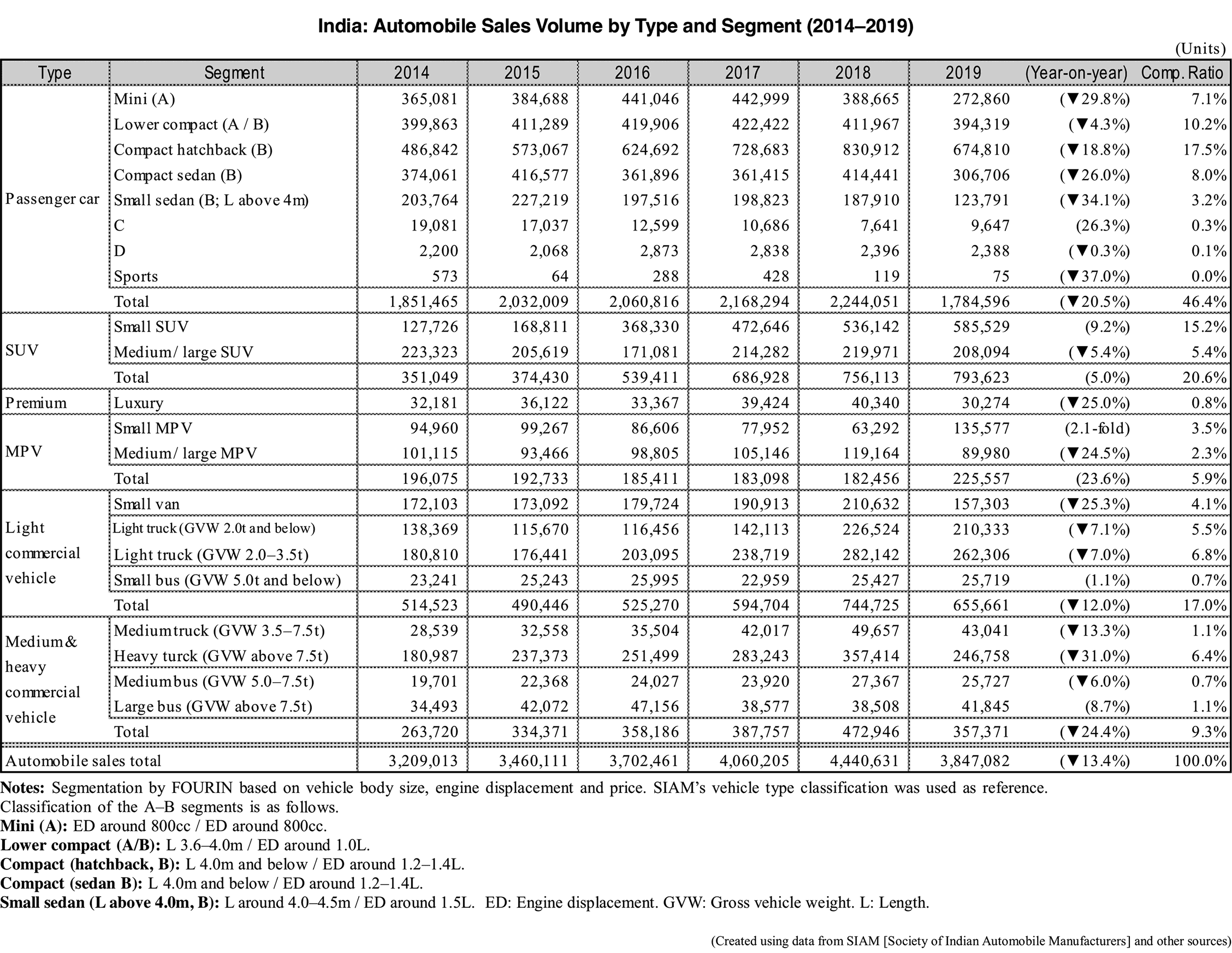 SUV sales went up 5 percent to 794,000 units. While medium and large SUVs have peaked at a level of just over 200,000 units, small SUVs continued to expand, the ratio of SUVs to the overall market increasing 3.6pp to 20.6%. Small SUVs went up 9.2% to 586,000 units in 2019. Sales were driven by the launch of new small SUV models (length 3.9–4.3m) such as the Hyundai Venue, Kia Seltos and Mahindra XUV300 and Maruti Suzuki’s newly introduced SUV the S-Presso, which is the smallest in the segment (about 3.6 m). Due to the launch of several new models, products already on the market declined across the board. Even the segment-leader Maruti Suzuki Vitara Brezza fell 18.2%. Medium and large SUVs decreased 5.4% to 208,000 units. Mahindra’s Bolero, Scorpio and XUV500 models, which dominate the top three positions in the segment, all fell below the previous year’s level, resulting in an overall declined for the first time in three years.

MPV sales went up 23.6% to 226,000 units. Although medium and large MPVs dropped 24.5% to 90,000 units, small MPVs skyrocketed 2.1-fold to 136,000 units. Sharp increase in small MPV sales was triggered by the full-model-change of the segment’s best-selling model the Maruti Suzuki Ertiga, launched in November 2018, and the release of the all-new Renault Triber and Maruti Suzuki XL6 models.