Malaysian vehicle sales fell 12.4% year-on-year to 259,000 units in 2020. In Malaysia, automobile production and sales activities were completely suspended for about two months from the end of March 2020 due to COVID-19. As a result, the Malaysian Automobile Association (MAA) revised its full-year market outlook downward to 40,000 units in May 2020. However, tax exemption measures on passenger vehicle sales implemented by the government in June 2020 stimulated demand in the second half of the year, so the decline in sales throughout the year was smaller than expected in May.

Looking at sales results by vehicle type, passenger vehicles decreased 12.6% to 481,000 units and commercial vehicles dropped 10.4% to 48,000 units. In the passenger vehicle segment, although SUVs and MPVs fell sharply, passenger cars such as the highly price-competitive Perodua and Proton sedans and hatchbacks remained relatively strong. In the commercial vehicle segment, pickup trucks declined only 4%, achieving the lowest rate of decline among all vehicle types. 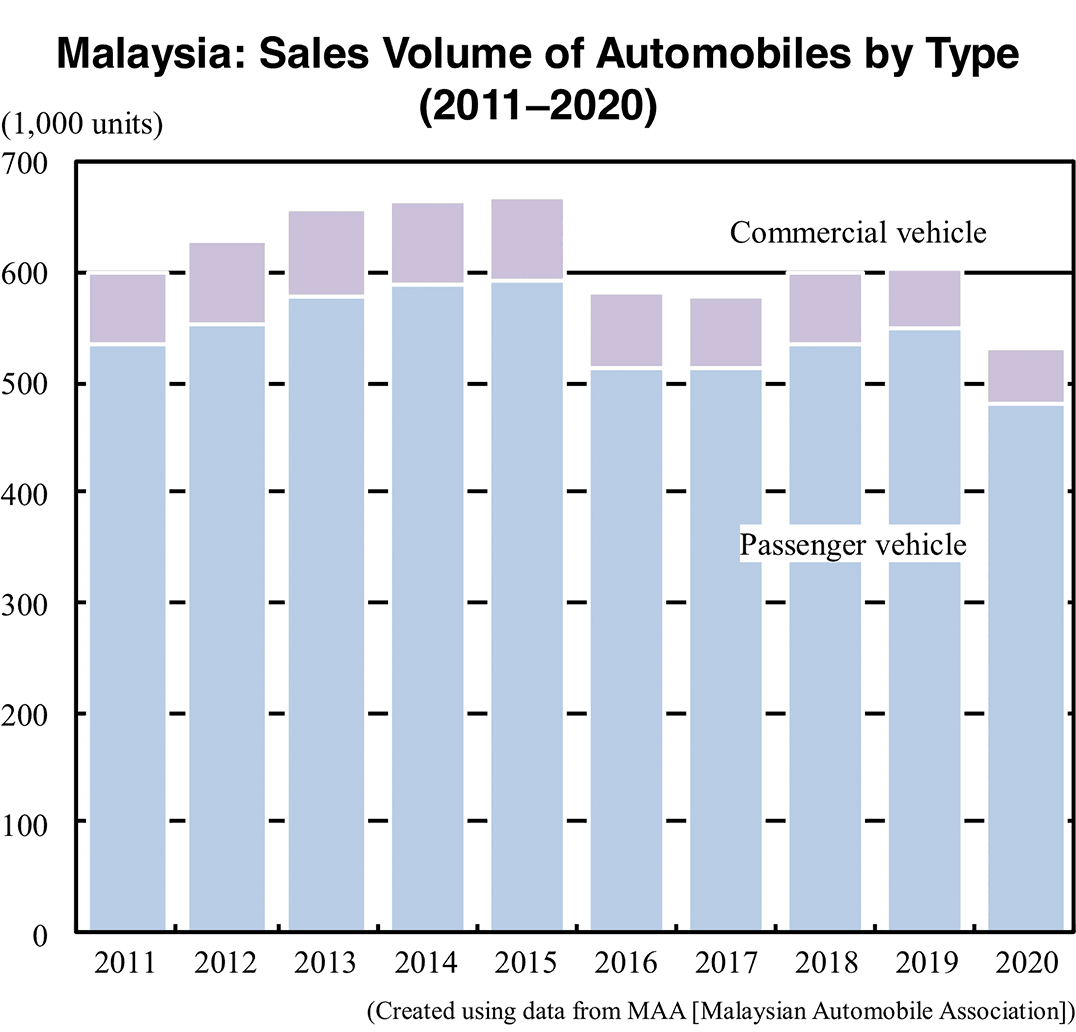 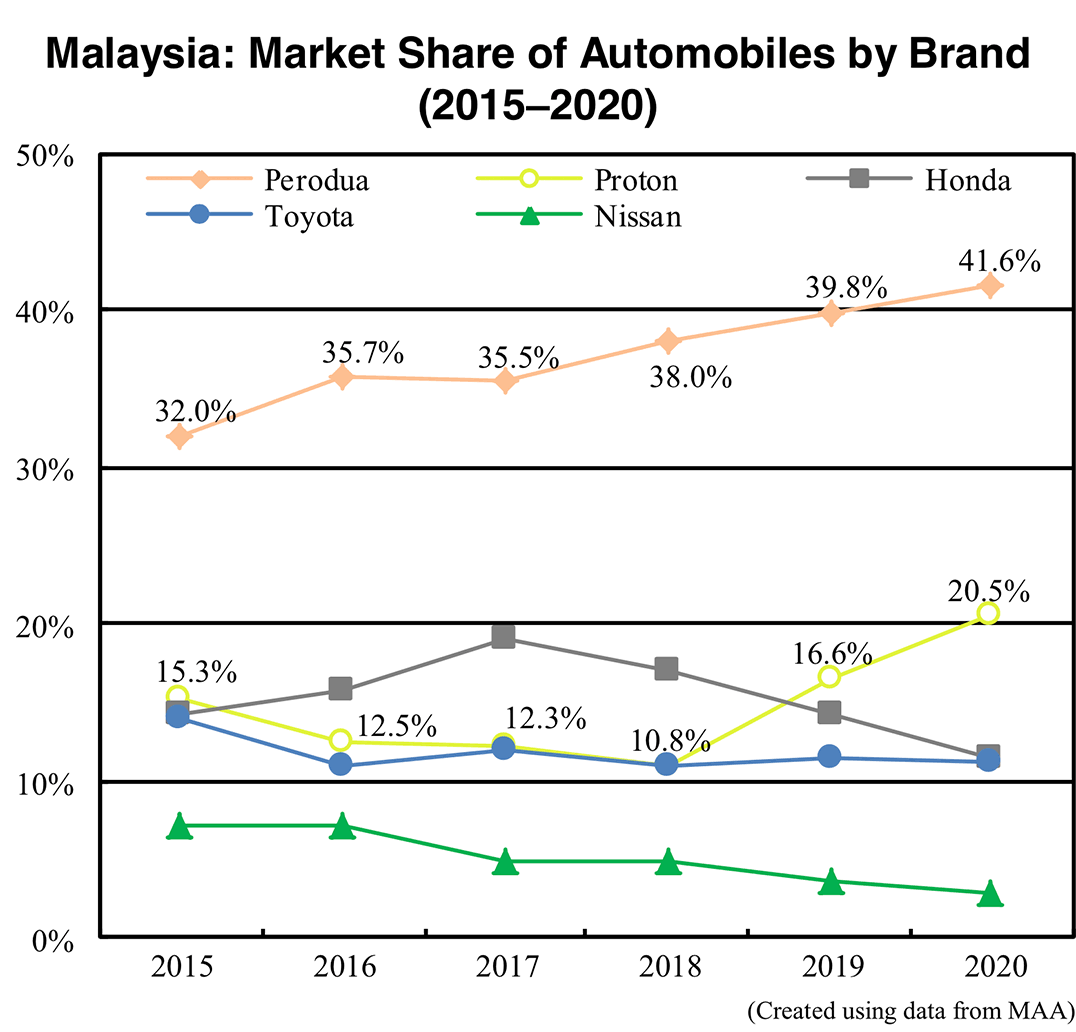 Looking at sales data of the top four brands, the market share of the two national car makers, Perodua and Proton, increased significantly. Perodua fell 8.4% to 220,000 units, but its market share rose 1.8pp to 41.6%. Core models such as the Myvi and Axia were down double digits, but the Bezza, whose upgraded version was launched in January 2020, increased. Proton increased 8.3% to 101,000 units. The automaker’s market share rose 3.9pp to 20.5% as its sales grew amid shrinking total demand, returning to the 20% range for the first time since 2013. Sales of Proton’s core models Saga and Persona were strong. In addition, solid sales of the company’s two SUV models, the X70 launched at the end of 2018 and the X50 released in October 2020, maintained volume nearly on the previous year’s level. Honda and Toyota, ranked third and fourth, declined double digits. Honda fell 29.2% to 60,000 units and Toyota decreased 15.3% to 59,000 units. Although the Honda City, and the Toyota Vios and Yaris performed relatively well, the suspension of production and sales for two months had a major impact on sales.

For 2021, MAA announced at the beginning of the year that the association’s market outlook is 570,000 units, an increase of 8.0% from 2020. The Malaysian government announced at the end of December 2020 that it would extend the sales tax exemption, which was originally scheduled to end by the end of 2020, until the end of June 2021. MAA believes that this factor will drive up demand. However, in 2021, restrictions have been tightened due to the reemergence of COVID-19, so the scale of demand remains uncertain.