Toyota Motor plans to make the utmost effort in the “sky mobility business” from 2020. In January 2020, Toyota agreed to collaborate with Joby Aviation which is developing and carrying out practical application of an electric vertical take-off and landing aircraft (eVTOL) in the United States. Toyota’s goal is to realize a new mobility business through Joby’s eVTOL. At the same time, Toyota continues to cooperate in the development of a “flying car” that a former Toyota employee launched while he was still employed at Toyota, supporting commercialization in Japan.

Toyota has been studying the practical application of flying cars since it applied for a patent for such technology in the United States in December 2014. Toyota has found the eVTOL developed by Joby as being excellent in reliability, environmental friendliness (zero emission), cruising speed and quietness among other things. For this reason, in collaboration with Joby, Toyota aims to provide services in the flying taxi market which is expected to be used on-demand by commuters, business travelers and travelers in urban areas.

Toyota is working on the commercialization of flying taxis in collaboration with Joby, while supporting the development of small flying cars in Japan. CARTIVATOR, launched by Toyota employees in September 2012, is developing a small two-seater eVTOL that can be used as a door-to-door-like independent and quick mobility to places without infrastructure such as roads. It has some advantages over other eVTOL, it only requires two regular parking spaces for landing and taking off thanks to its small size and it can travel at a maximum speed of 60 km/hour as a three-wheeled vehicle on the ground.

Japan’s Ministry of Economy, Trade and Industry announced the “Roadmap toward Air Mobility Revolution” in December 2018. According to the roadmap, flying cars are planned to be commercialized in 2023 and further practical application is intended to be carried out in 2030. Toyota aims to promote these businesses as part of its effort to create new mobility services.

Toyota Motor:
Cooperation with Joby Aviation in the Development and Production of eVTOL

・In January 2020, Toyota agreed to collaborate with Joby Aviation, which promotes the development and commercialization of eVTOL (electric vertical takeoff and landing), as a new approach to sky mobility business. – Toyota intends to promote mobility services using eVTOL in order to solve various traffic issues such as traffic congestion and environmental impact in urban areas, and means of transportation in depopulated areas. – In collaboration with Joby, Toyota intends to leverage the strengths it has cultivated in vehicle development, production and aftersales service to start early realization of sky mobility business, where social needs are expected to grow in the future. – Toyota has recognized that the technologies used in the development and manufacturing of eVTOL have many similarities with the technologies for next-generation environmental vehicles in areas such as electrification, new materials and connected that Toyota has been working on. For this reason, Toyota believes that eVTOL may develop into a new mobility business that takes advantage of synergistic effects with the automobile business. – More concretely, Toyota will be involved in technological development of design, materials and electrification from the viewpoint of production technology, and will share the knowhow of Toyota Production System (TPS) with Joby. Ultimately, Toyota aims to mass-produce eVTOL that meets high quality, reliability, safety and strict cost standards. – Joby raised a 590 million USD Series C round of funding, including 394 million USD from lead investor Toyota in January 2020. Following the investment, Toyota’s Executive Vice President Shigeki Tomoyama became a board member of Joby. – Toyota initially invested in Joby in February 2018 through its subsidiary, Toyota AI Ventures (TAIV), but has decided to invest directly in preparation for full-scale collaboration. – In December 2014, Toyota applied for a patent for a flying car in the United States through its US subsidiary Toyota Motor Engineering & Manufacturing North America (TEMA) which means that Toyota has a history of studying the practical application of flying cars (car type instead of drone type). – The contents of the application are open to the public by the US Patent and Trademark Office (USPTO): https://pdfaiw.uspto.gov/.aiw?PageNum=0&docid=20160176256&IDKey=&Ho meUrl=%2F

(Part of the blueprint attached at the time of patent application)

Overview and Features of eVTOL

・eVTOL stands for electric vertical take-off and landing. ・It is designed for short-distance, frequent operations and is suitable for the needs of the flying taxi market, which is expected to be used on demand by commuters, business travelers and travelers in urban areas. ・It has elements of helicopter, drone and small airplane, and is excellent in reliability, environmental performance (zero emission), cruising speed, and quietness. ・Operation and maintenance costs can be kept low and has enhanced safety features. ・Specific details of the collaboration with Joby, including details of the eVTOL aircraft and production plans, will be announced later.

Main Specifications of the eVTOL 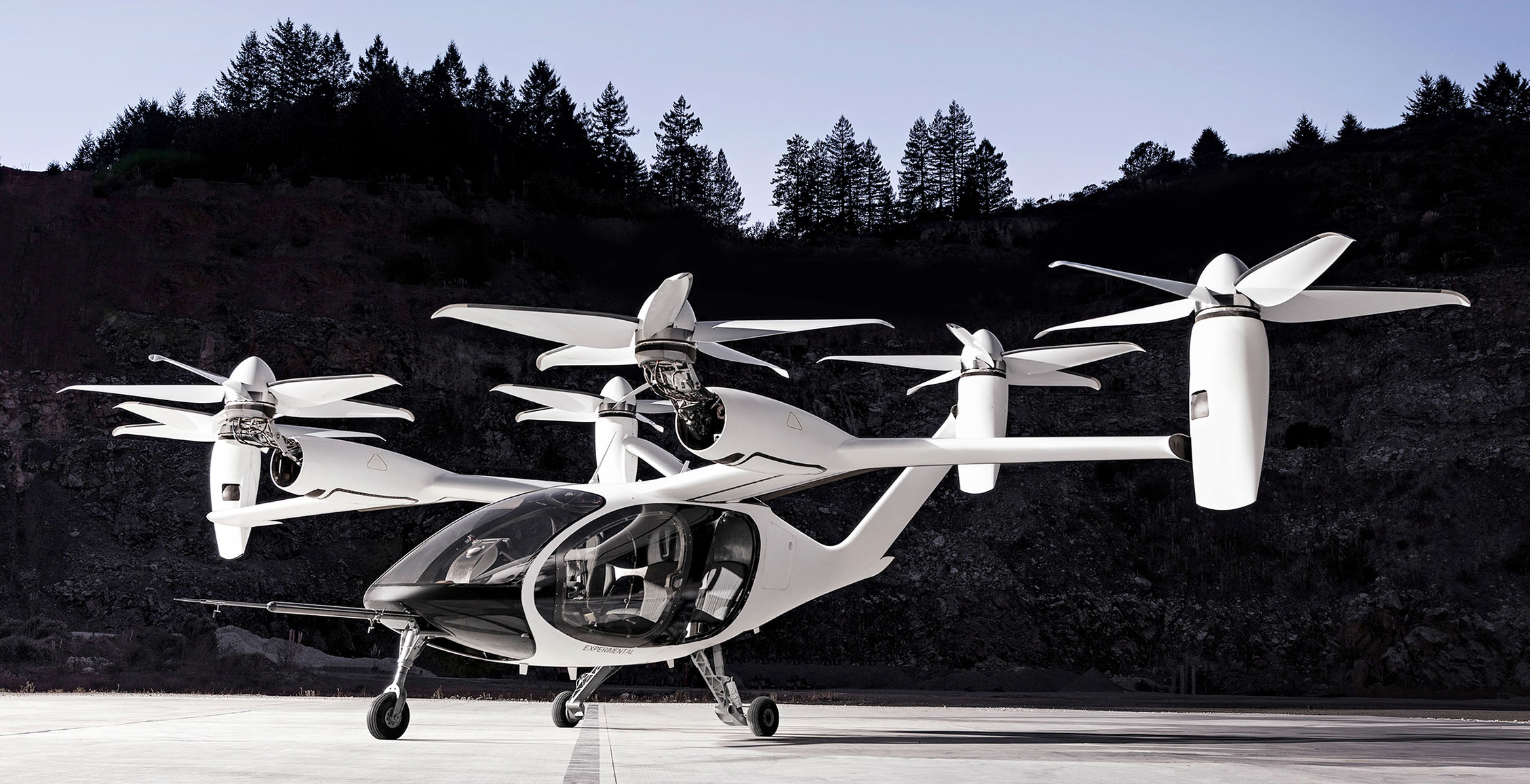 (Created using Toyota Motor’s PR materials, documents of USPTO [US Patent and Trademark Office] and various media sources)
Please log in or subscribe to AAA weekly to view the rest of this report.
Free trial subscriptions are available!