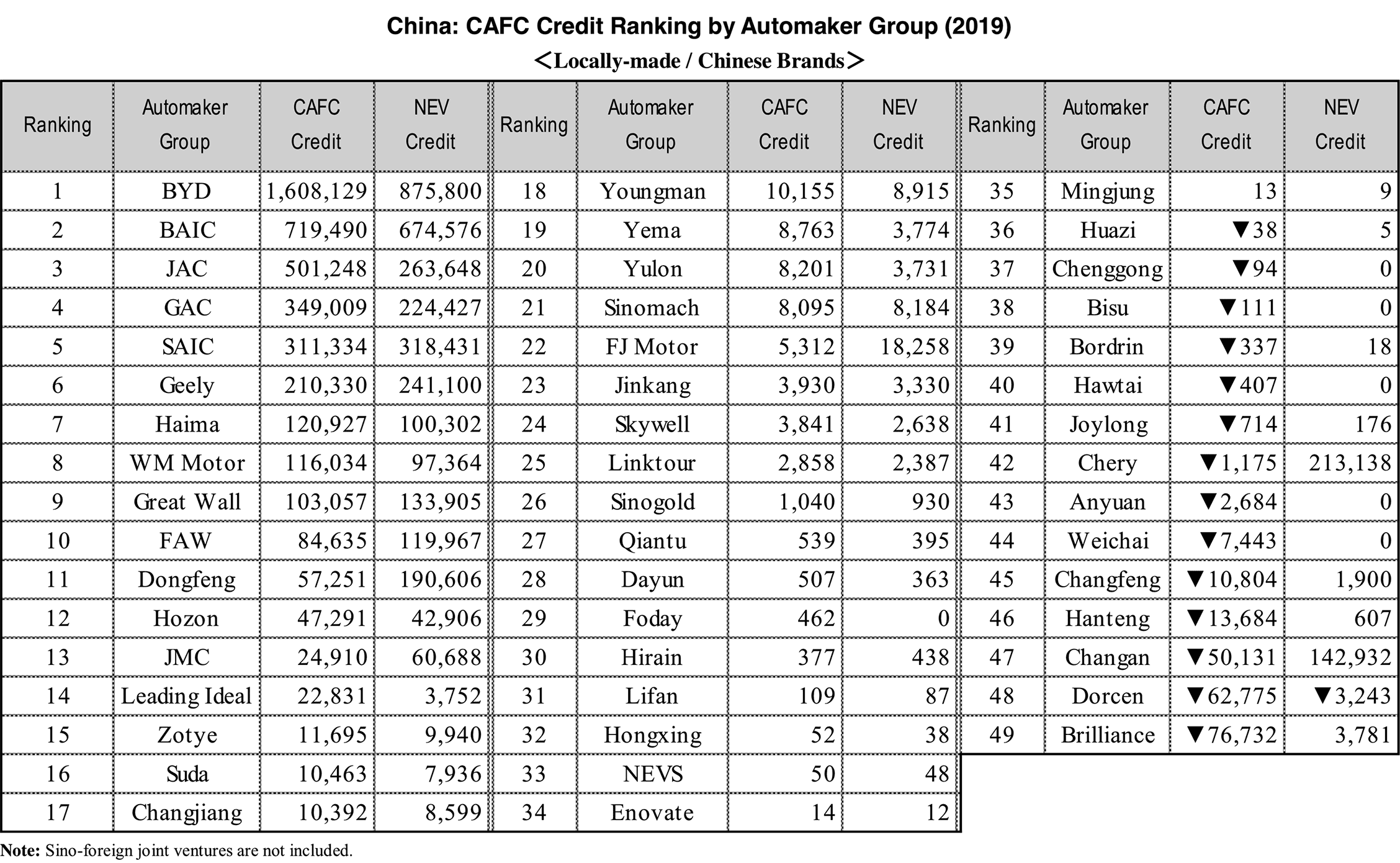 Of the 144 companies announced this time, 58 have achieved their CAFC credit target for 2019 while the other 86 have not. Companies that produce a large number of NEV models such as BYD, BAIC and JAC have high CAFC and NEV credit scores. The top-ranking companies are mostly Chinese. On the other hand, looking at companies with high CAFC and NEV credit deficit, there are mainly Sino-foreign joint ventures such as FAW-VW, SAIC GM and Beijing Hyundai. This is due to the fact that the NEV lineup of Sino-foreign joint ventures is still small compared to Chinese automakers.