Daihatsu Motor, a wholly-owned subsidiary of Toyota Motor, plays a central role in the development of mini vehicles and compact cars within the Toyota Group. Toyota Raize, the first product in Toyota’s lineup which is built on the DNGA (Daihatsu New Global Architecture), is selling well, becoming the top seller among standard vehicles in Japan in the first half of 2020. In 2020, Toyota was preparing the launch of DNGA products in overseas markets, and the automaker is considering the production of Daihatsu-developed vehicles at overseas Toyota plants in the future. Daihatsu has set its global production target for vehicles developed by Daihatsu at 2.5 million units in 2025; however, the automaker needs to cooperate with Toyota top reach its goal.

Daihatsu has acquired knowhow in the areas of development and procurement through cooperation with Toyota, and is also strengthening its relationship with Toyota in terms of sales. In May 2019, the rules regarding the opening and operation of stores were changed so that joint stores of Toyota and Daihatsu could be opened in sparsely populated areas of Japan. The revision aims to expand Daihatsu’s sales network by utilizing Toyota’s unused stores. 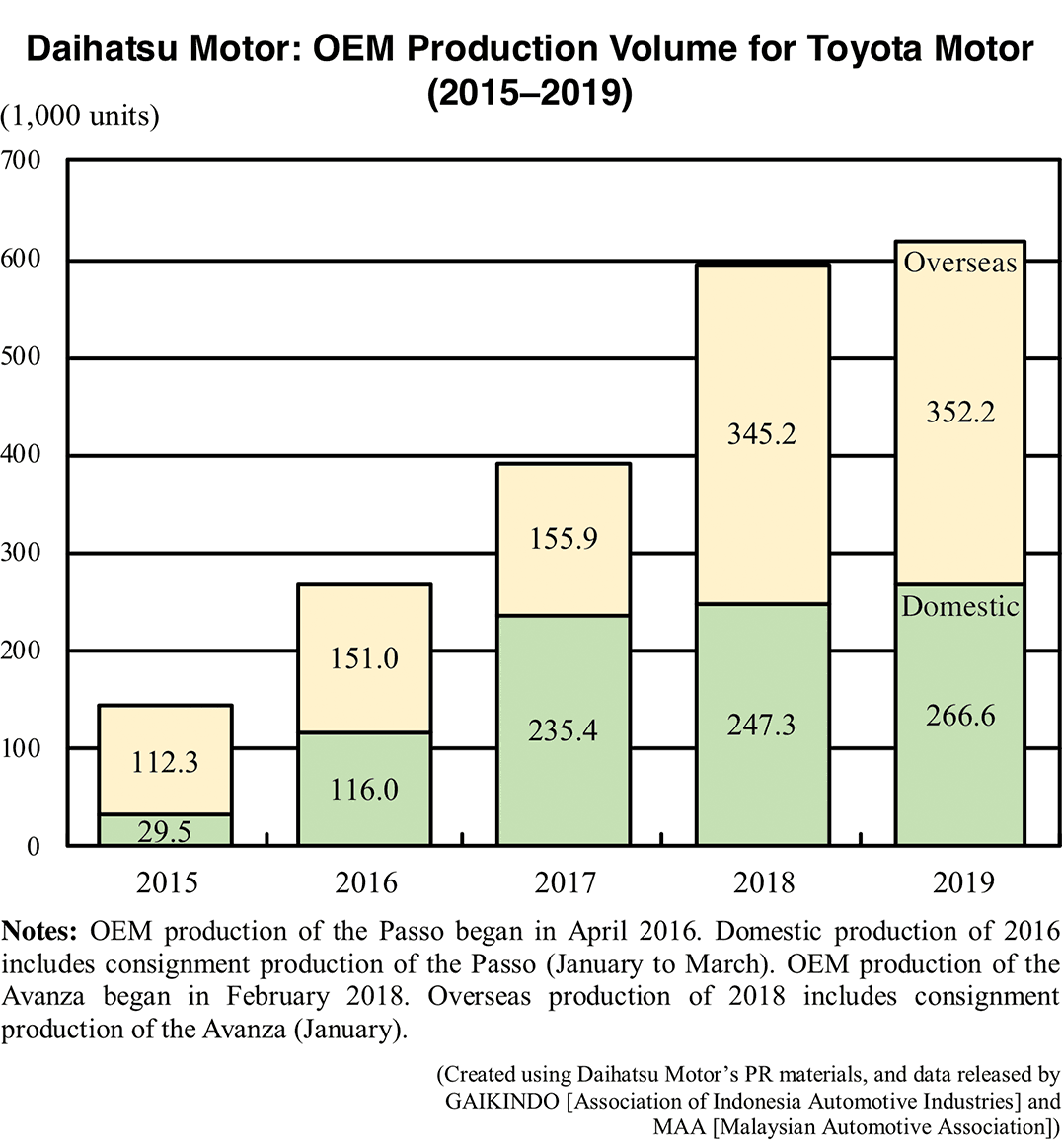 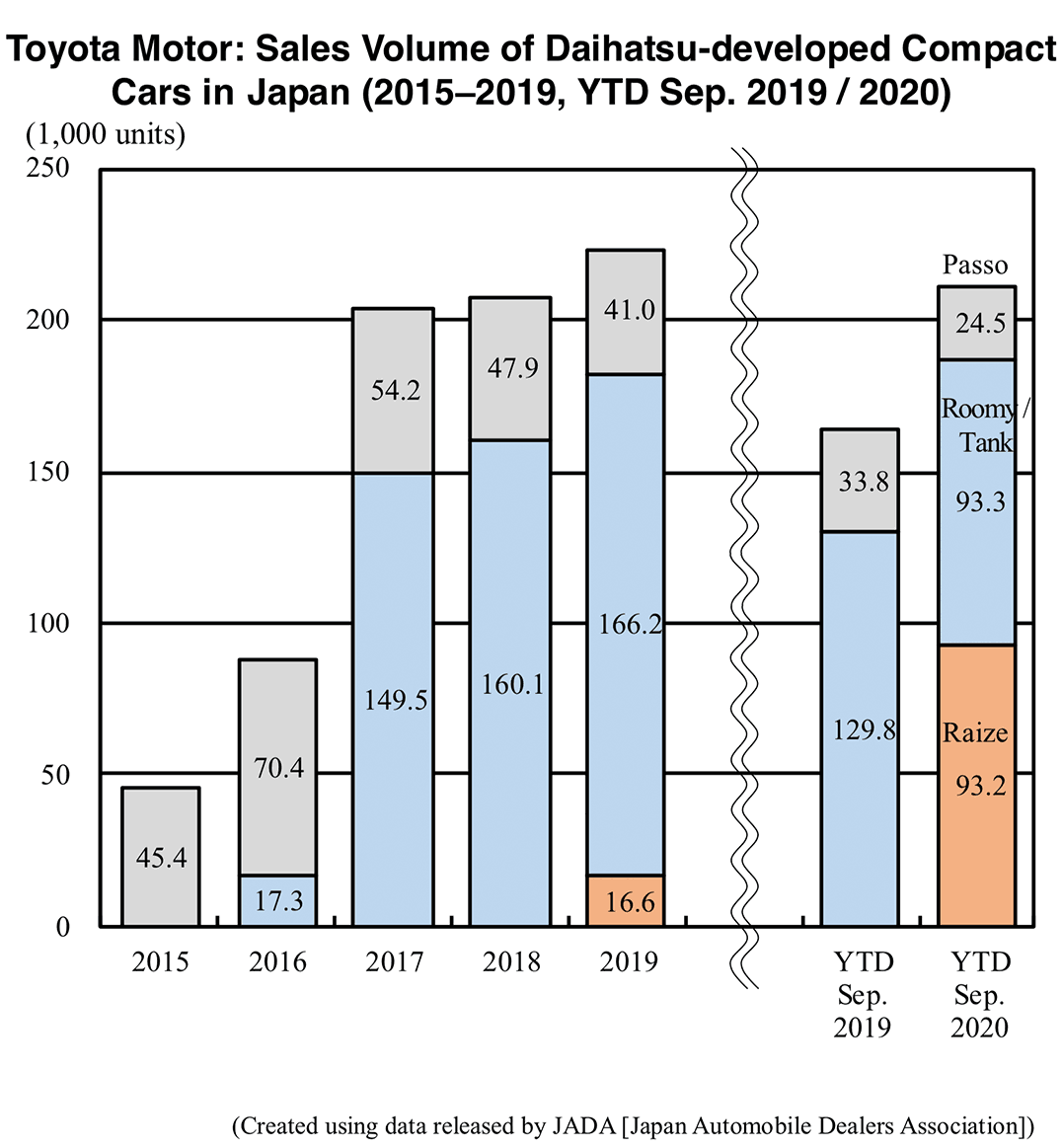