Looking at passenger car sales, the volume-selling B and C segments declined in 2019 for the fifth consecutive year (combined total). The B segment fell 9.6% to 40,000 units. The Toyota Yaris increased 17.4% thanks to the addition of the crossover version Yaris Cross, returning to first place in the B segment. However, almost all other models fell below the previous year’s level, resulting in a nearly double-digit decline for the segment as a whole. The C segment dropped 4.1% to 73,000 units. Taiwan’s best-selling model the Toyota Corolla Altis, whose fully-redesigned version was released in March 2019, increased 9.9% to 31,000 units, going up for the first time in three years. The fully-redesigned Ford Focus, launched in February 2019, rose 2.4-fold to 11,000 units. Partly affected by these new-vehicle effects, the Nissan Tiida and Mazda3 each fell over 40%. 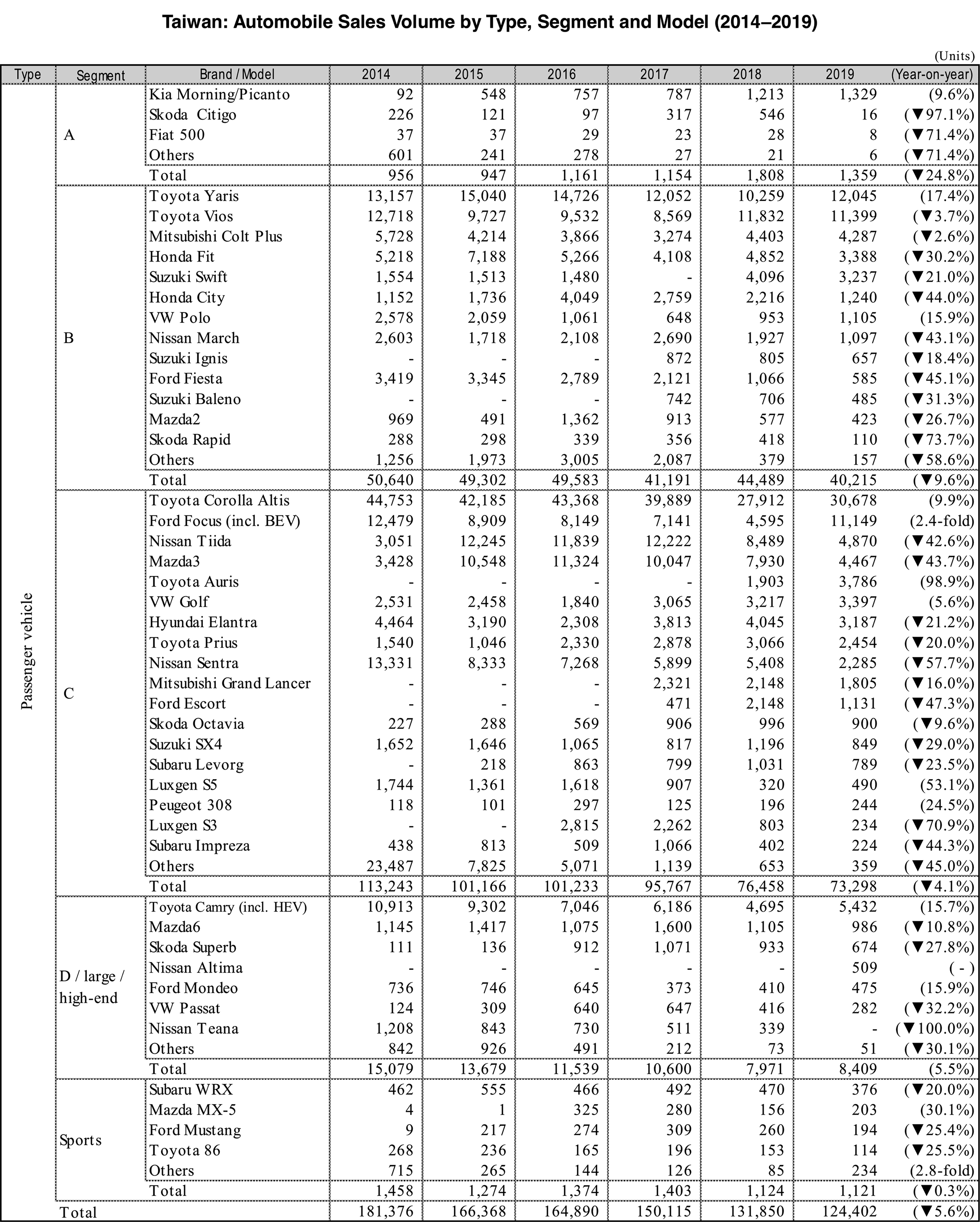