Looking at recent investments, the construction of Proton’s new engine shop is a major move toward boosting its presence in the domestic market. The new plant manufactures a 1.5L three-cylinder TGDI engine, jointly developed by Volvo and Geely, for the X70 compact crossover SUV which was launched in June 2022. In the same month, Kia began production of the Carnival minivan at Inokom Corporation’s plant in Kulim. The initial investment in the preparation of the production line was 20 million USD. By 2023, three models are planned to be manufactured by the plant including a BEV. In October 2021, Stellantis acquired 100% of Naza Automotive Manufacturing's plant, in which previously held a 56% stake. In January 2022, production of the new Peugeot 2008 started at the factory. The automaker’s plan is to increase the production capacity of the plant from 50,000 units per year to 70,000 units in order to expand its presence in ASEAN with Malaysia as its base. 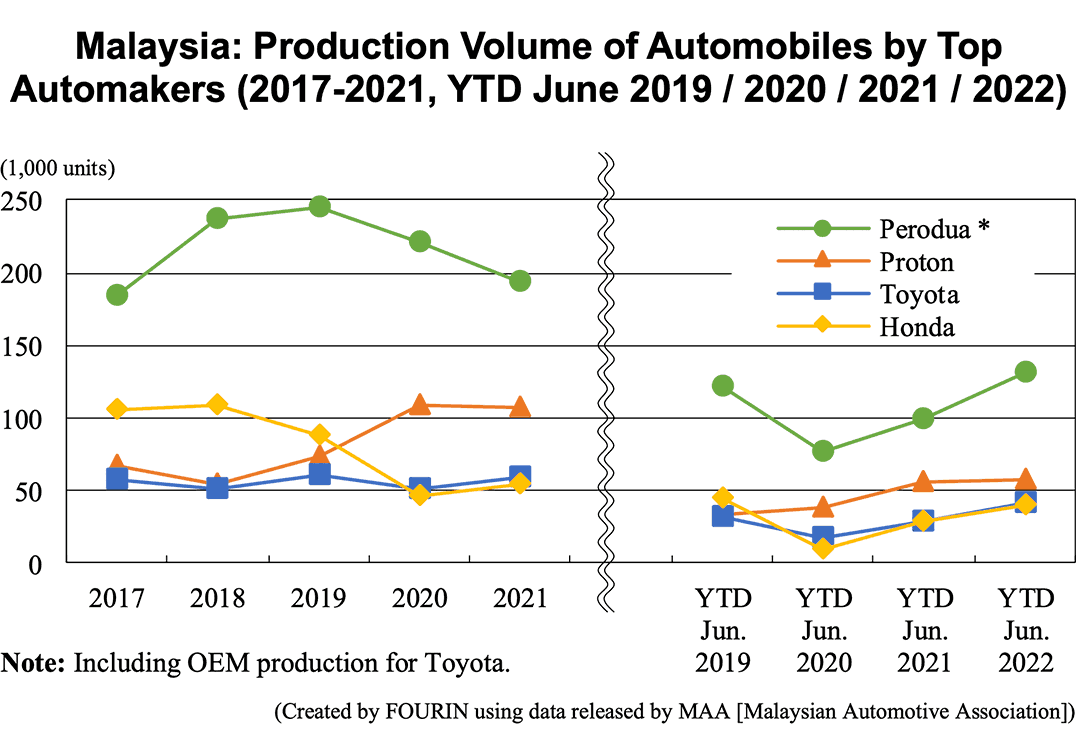