In China, Honda Motor’s passenger vehicle sales in 2020 expanded 4.7% compared to the previous year to 1.62 million units (announced by Honda China). Due to the impact of the new coronavirus infection, automobile sales decreased 90% in February and 70% in March, but from April 2020 sales exceeded the previous year’s results for eight consecutive months, enabling Honda to realize record high sales for the second consecutive year. The automaker’s market share rose 0.4pp to 7.9%. Strong sales of SUVs such as the Breeze, Vezel and CR-V, and HEVs, particularly MPVs, were factors behind sales growth. On the other hand, sales of segments other than SUVs and MPVs fell below the previous year’s level.

Honda is stepping up its electric vehicle strategy from 2021. The Crider, launched in June 2020, and the Envix, sister model of the Crider released in September 2020, were the first models to be equipped with a 1.5L engine combined with the i-MMD two-motor hybrid system in China. In addition, the X-NV, Vezel-based BEV model sold under the Dongfeng Honda brand, was launched in November 2020, followed by the PHEV version of the CR-V in February 2021. Honda plans to introduce more than 20 electric vehicles including BEVs and FCEVs in China by 2025. 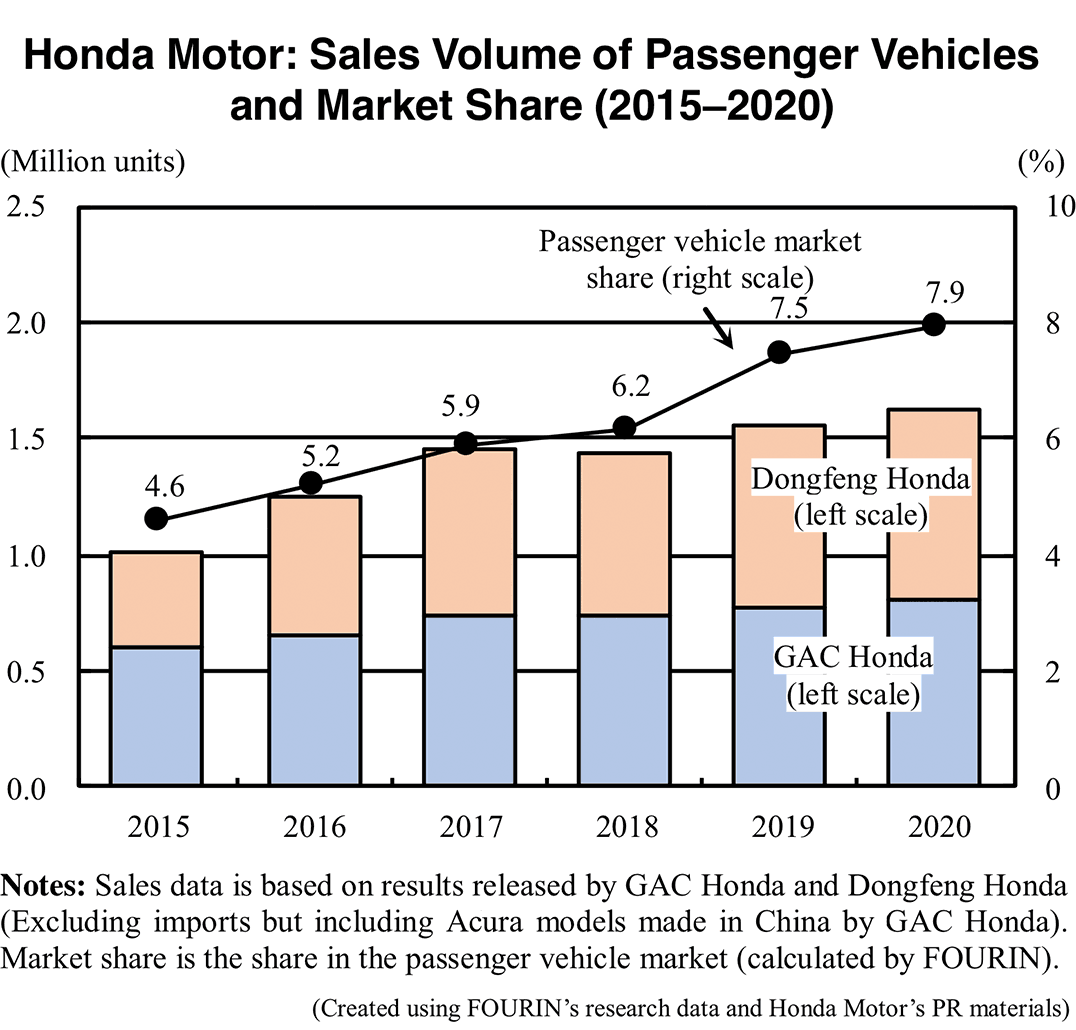 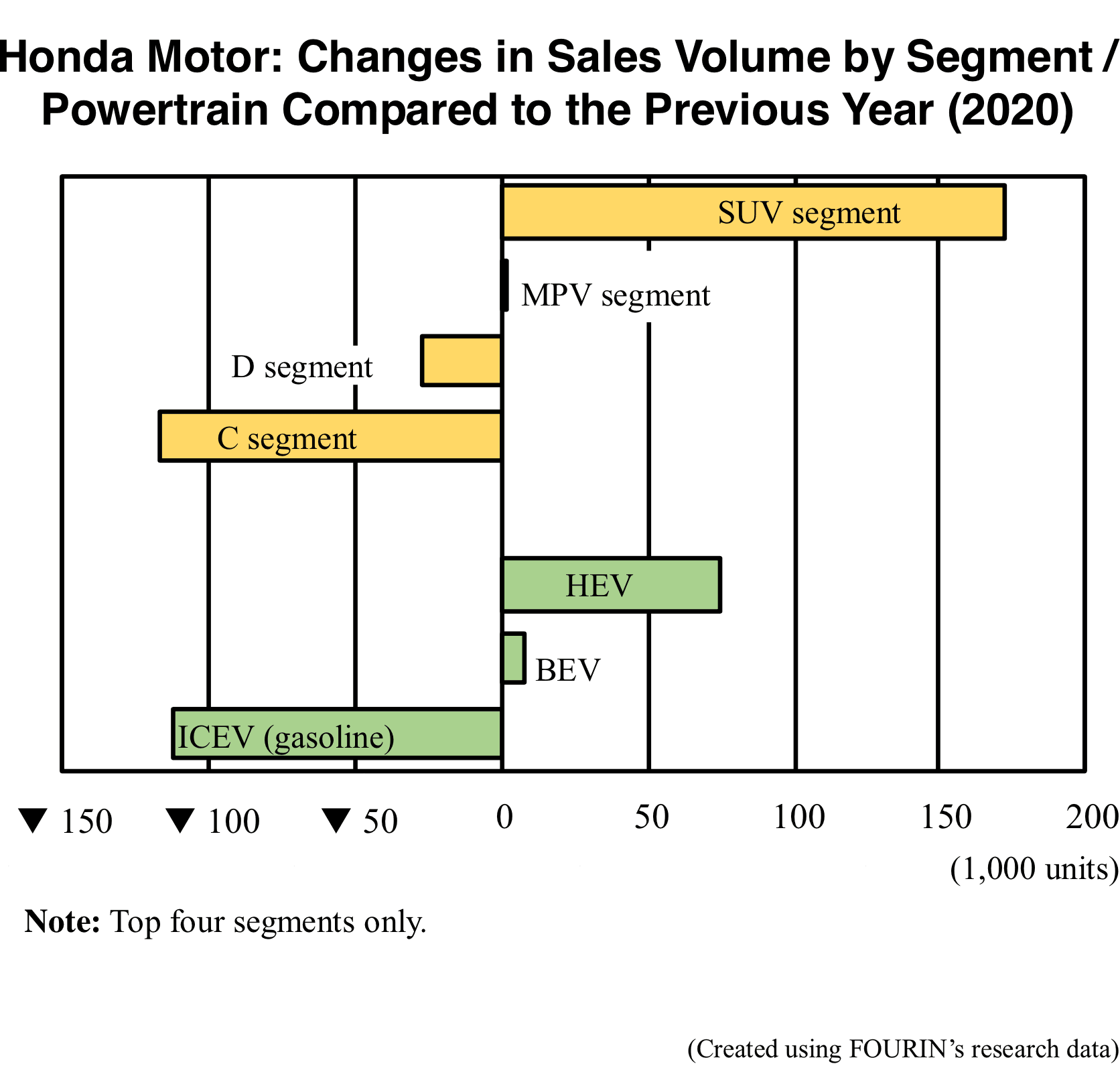