Daicel, a Japanese chemical company, celebrated its 100th anniversary in 2019. The President of the company was replaced in June of the same year and Daicel is working on a fundamental organizational reform under a new system. In the conventional company system, there were issues such as delays in new business creation and low profits, so Daicel shifted to an organization centered on the strategic business units (SBUs). As the first organizational change, the Corporate Department was strengthened on October 1, 2019 with the aim of strengthening strategic planning and promotion functions. In addition to establishing the Business Creation Headquarters to create and promote new businesses, the Strategy Promotion Headquarters was established as a department dedicated to strategy promotion across the entire company. As the second organizational change, Daicel reorganized the existing business divisions in April 2020 by technology and product fields into four market-specific SBUs. Automotive-related parts such as airbag inflators are classified as Safety SBUs.

Daicel: Details of Organizational Changes by the New Ogawa System Established in June 2019

・Ogawa Yoshimi became President and Representative Director of Daicel on June 21, 2019. – Entered the company in 1983. Became a director in 2011, a managing executive officer in 2013, and a senior managing officer in 2017. – His predecessor, Fudaba Misao, became Chairman of the Board on the same day.

・In October 2019, organizational changes were made to strengthen corporate functions. It is the first major organizational change since 2002. – The organization was radically revised to reallocate human resources within the company and actively recruit external personnel. – The Business Creation Headquarters, Strategy Promotion Headquarters, Digital Strategy Office and Research Center were newly established. A system has been created to accelerate the creation and development of new businesses by linking customer needs with solutions, ideas, products and services offered by Daicel. 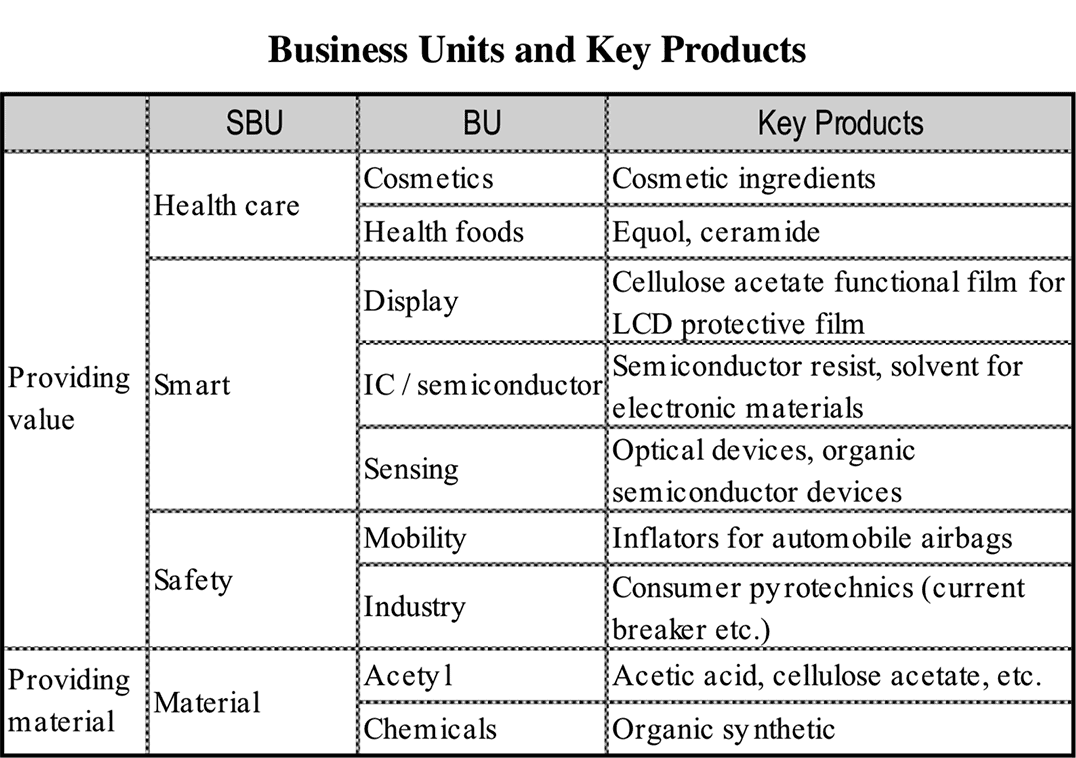 ・In April 2020, the company made organizational changes to organize its business units (BU). – The company system shifted from conventional business units organized by technology and product fields to an organizational structure centered on business units (BU). – There are four strategic business units (SBUs): healthcare, smart, safety and materials. Each SBU has sales and marketing functions, R&D functions, and is given certain investment authority, and can independently determine its business strategy. – With healthcare, smart and safety as value-providing SBUs, Daicel is shifting from the conventional product-out type business structure to a market-in type structure that provides what the market and business partners need. – However, the material SBU is a product-out type of business that develops products based on the idea of the provider.

・In April 2020, the operation of the factory units was revised and they were grouped under two production companies in accordance with their manufacturing method. – The Aboshi Plant, Otake Plant and Arai Plant, which were continuous-process type, became chain-production companies. – The assembly-processing type Harima Plant, Hirohata Plant and Kanzaki Plant became multiple-production companies. – Functions related to ordering, production planning and logistics have been integrated into the customer center to improve efficiency by linking with SBUs and factories. 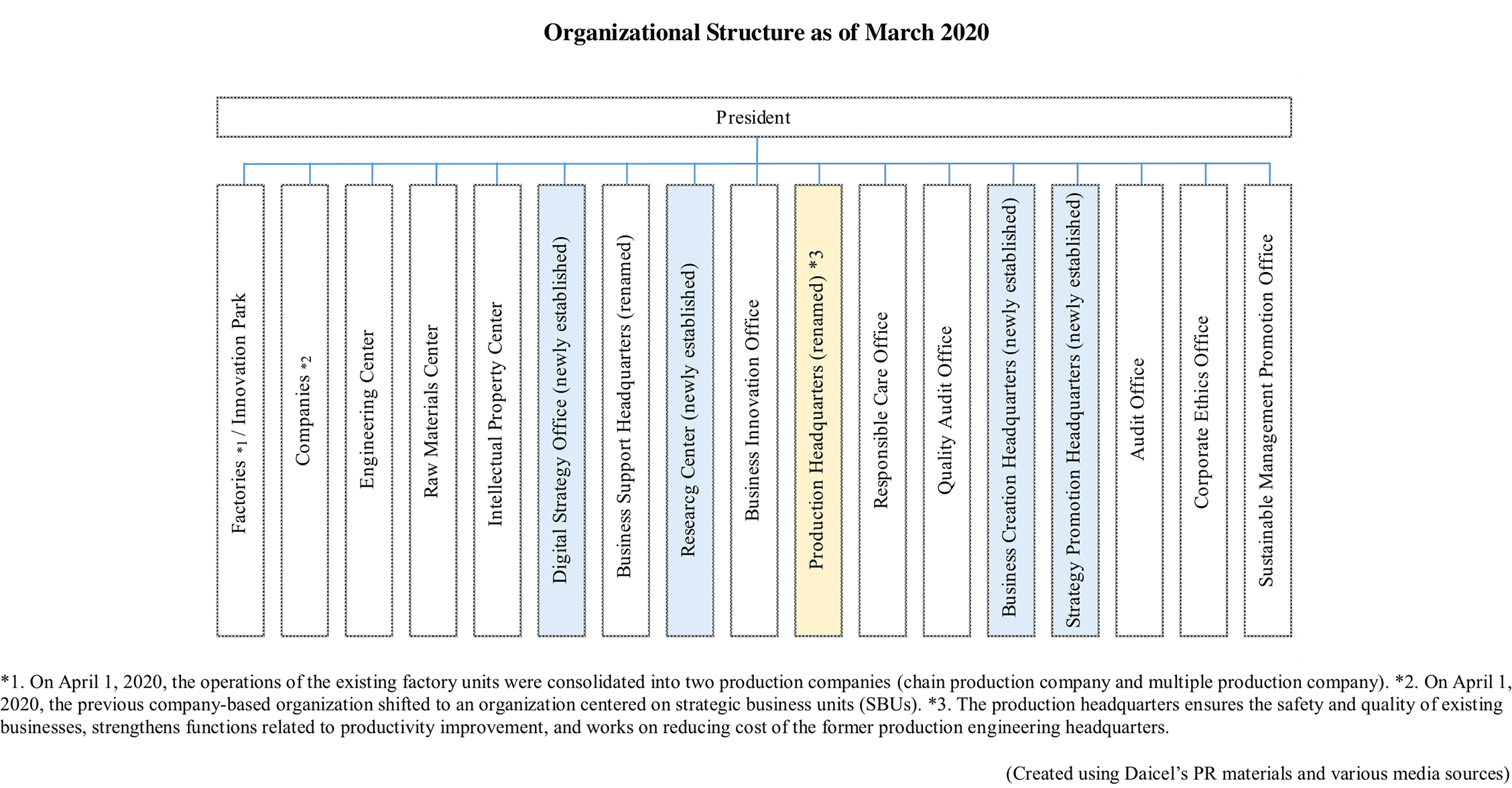