Toyota Motor plans to sell 3.5 million BEVs globally in 2030, and is expanding its BEV lineup to this end. As of March 2022, Toyota manufactured BEVs in Japan and China, but manufacturing bases are expected to be set up in other countries as well as Toyota’s BEV lineup expands. Regarding batteries, which are the key to the market expansion of BEVs, Toyota has been strengthening its production system and is also focusing on the development of new materials and structures in order to reduce costs. In December 2021, the automaker announced the establishment of a new EV battery plant in North Carolina, USA. Production is scheduled to start in 2025 with an annual production capacity to manufacture batteries for 800,000 vehicles. Ultimately, production capacity of the plant is intended to be raised to 1.2 million battery sets per year. 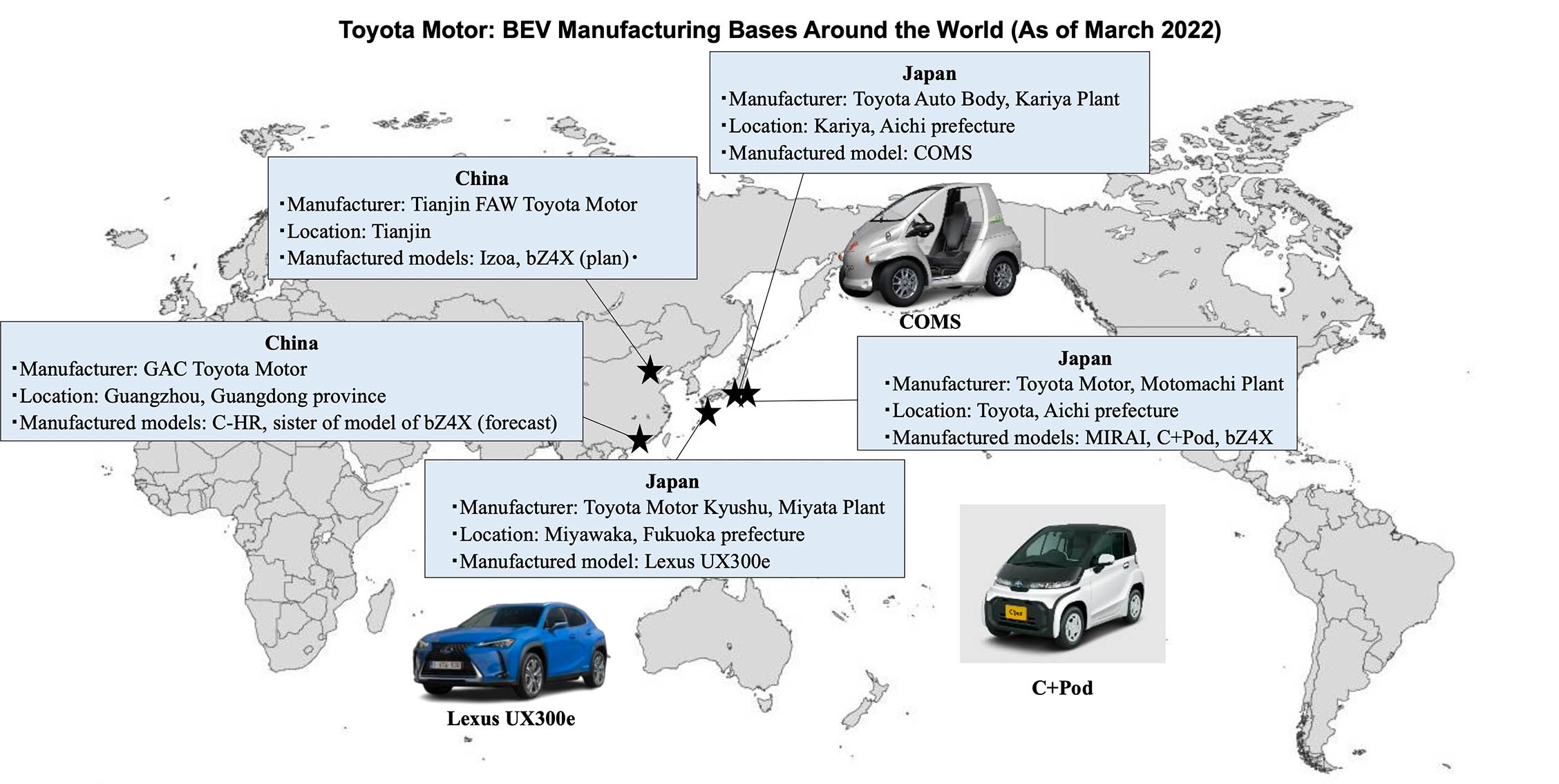