Development of FCEV in China has accelerated since May 2018 when China’s Prime Minister Li Keqiang visited Toyota Motor’s Hokkaido plant where the Mirai FCEV is manufactured. In September 2019, four FCEV-related exhibitions and seminars were held in China’s Shanghai, Guangzhou (Guangdong province), Jinan (Shandong province) and Nantong (Jiangsu province). At the events, not only FCEVs but also the construction of the entire industrial chain, including hydrogen production, transportation and infrastructure, was actively discussed. At FCVC (The 4th International Hydrogen Fell Cell Vehicle Congress), which is said to be one of the largest events related to FCEV, SAIC’s fuel-cell system maker Shanghai Hydrogen Propulsion Technology (SHPT) released details on the total cost of ownership (TCO) of FCEV models. From the user’s perspective, SHPT has analyzed the TCO of ICEVs, BEVs and FCEVs until 2030, including purchase costs, running costs and residual value among other items. Assumptions for the analysis include FCEV subsidies to be paid between 2021 and 2025 after the elimination of BEV subsidies. The analysis reveals that in 2025 and 2030, GVW 18t heavy-duty FCEV trucks will have less TCO than their BEV and ICEV counterparts. Moreover, TCO of a GVW 42t heavy-duty FCEV truck will be lower than that of an ICEV but higher than that of a BEV. However, low transportation efficiency of BEVs due to heavy drive batteries and long charging times suggests a potential shift from ICEVs to FCEVs. In addition, based on the calculation of the sales price of hydrogen, the TCO of FCEVs in 2022 will be equivalent to ICEVs and BEVs, making GVW 18t heavy-duty trucks a reliable source of profit. 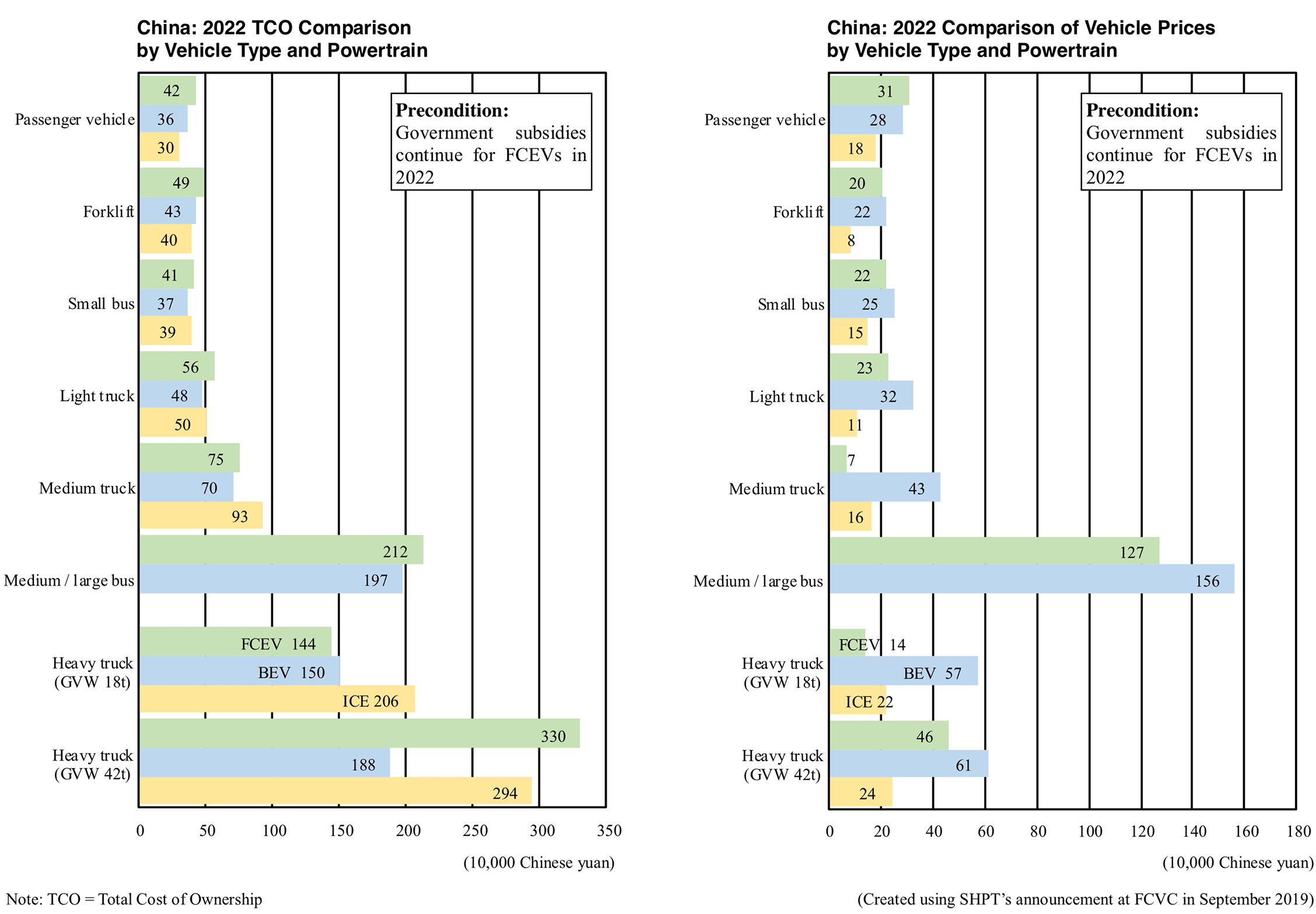