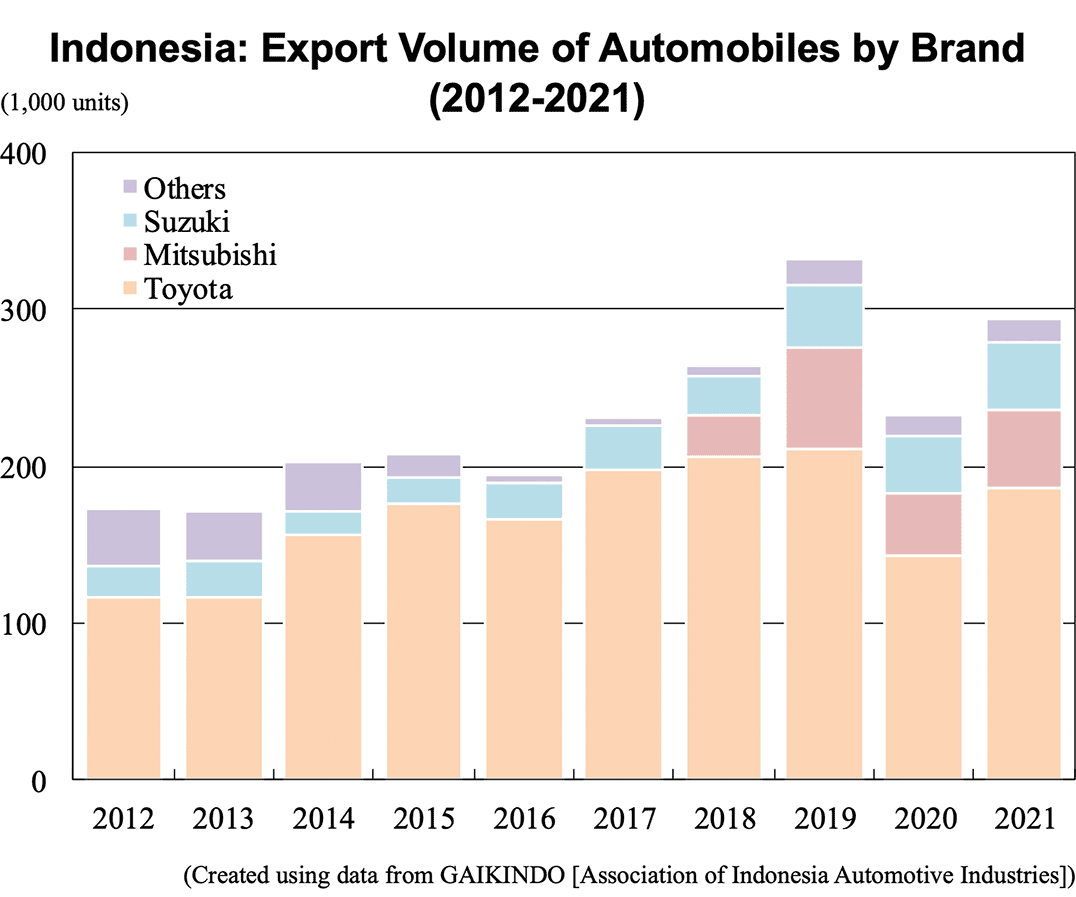 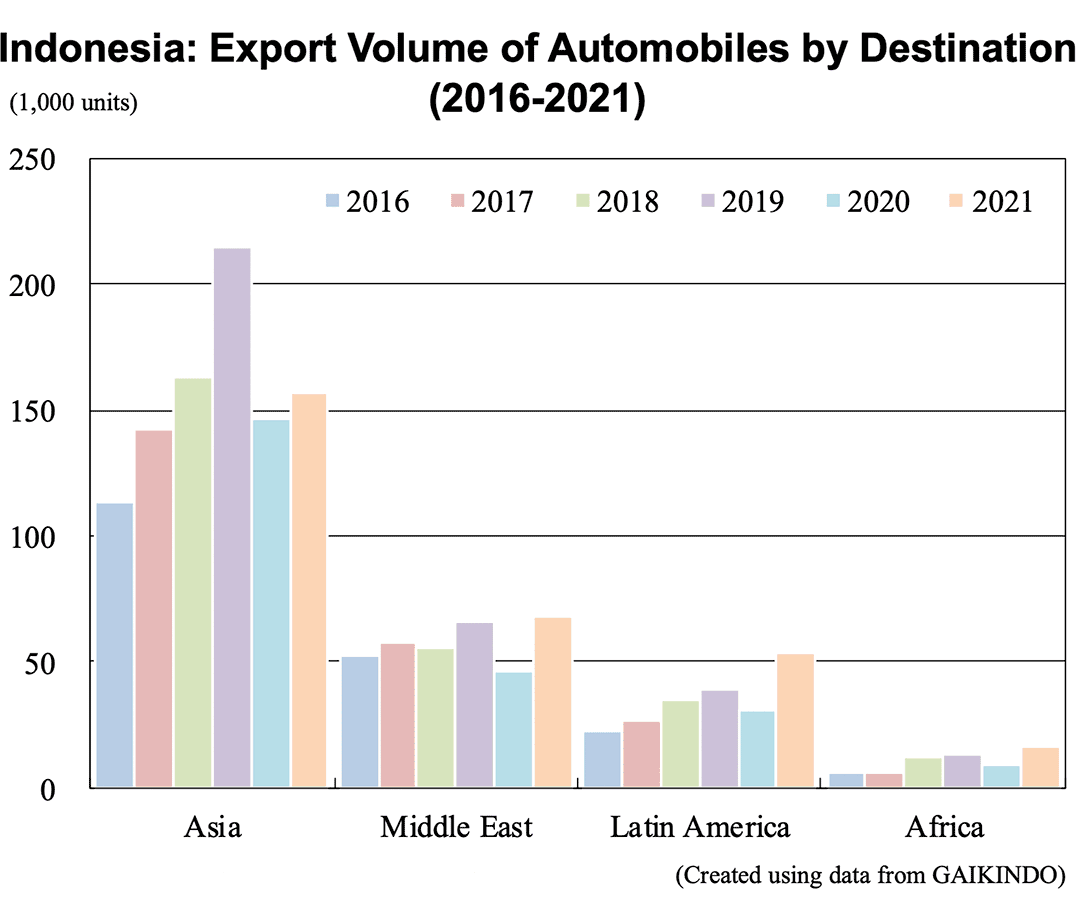 ・In March 2022, Toyota announced that the automaker’s export target for 2022 has been set at 284,000 units, an increase of 51% from the previous year. - The compact MPV Veloz, which was newly added to Toyota’s export lineup in 2022, is expected to drive exports. ・In August 2021, Toyota began exporting the compact SUV Raize. - The model is scheduled to be exported to 50 countries. According to GAIKINDO, the Raize has been exported to 45 countries by the end of 2021. ・In February 2022, Toyota announced that the cumulative export of vehicles in CBU form from Indonesia reached 2 million units. - Toyota started exporting from Indonesia in 1987. Its first export model was the 3rd generation Kijang pickup truck / van. Cumulative exports reached 1 million units in 2018. ・In March 2022, Toyota began exporting to Australia. - The first model is the Euro 5-compatible Fortuner midsize SUV. Six hundred units are planned to be exported in 2022. - In July 2020, the Indonesia–Australia Comprehensive Economic Partnership Agreement (IA-CEPA) came into effect which sets the export tariffs on all products from Indonesia to Australia at 0%. ・In 2022, Toyota plans to start local production of HEV models with an eye on exports. - The plan was first announced in March 2020 and reconfirmed in February 2022.

・In February 2022, Hyundai started exporting vehicles in CBU form from its new Indonesian plant which was launched in January 2022. - The first production model, the Creta subcompact crossover SUV, is planned to be exported to the Asia-Pacific region. According to GAIKINDO, 750 units were exported to Vietnam and 103 units to Thailand in February 2022.

・According to local media sources in February 2022, Isuzu’s export target of CKD kits for 2022 has been set at 6,486 units, an increase of 30% compared to the previous year. - In 2021, 5,005 CKD kits were exported, an increase of 41% from 2020.
Please log in or subscribe to AAA weekly to view the rest of this report.
Free trial subscriptions are available!