Grab, the largest ride-hailing service provider in ASEAN, is diversifying its mobility services, including the introduction of BEVs and the provision of total support integrated with telematics insurance. Grab operated in 339 cities in eight ASEAN countries as of mid-2019. Although Grab has three core businesses of mobility, transportation and finance, it has a dominant share of mobility services in the region since its acquisition of Uber's ASEAN business in 2018. The company is working to expand services ahead of its competition.

In the latest investment round from June 2018 to the end of 2019, Toyota, Yamaha, Hyundai and Kia among others participated, enabling Grab to expand capital and business alliances with automakers. Toyota made a large investment of 1 billion US dollars in June 2018, and subsequently introduced a telematics-linked total support system in Singapore. In addition, Toyota launched an exclusive loan for Grab drivers who purchase Toyota models in the Philippines. Yamaha invested 150 million US dollars in Grab in December 2018. Through this investment, the company aims to expand its motorcycle ride-hailing service, focusing on Indonesia which is the largest motorcycle market in ASEAN.

In addition to conventional ride-hailing services, the company has started adding BEVs to its fleet. In January 2019, Hyundai began rolling out the Kona’s BEV version for ride-hailing service in Singapore. Around 200 units were launched by the end of 2019. In Thailand, the electric three-wheeler ride-hailing service GrabTukTuk Electric was launched in Chiang Mai province in June 2019. In Indonesia, Grab announced in December 2019 that it will start BEV demonstration tests in Jakarta from the beginning of 2020, using Hyundai’s four-wheel BEV and Honda’s two-wheel BEV models. 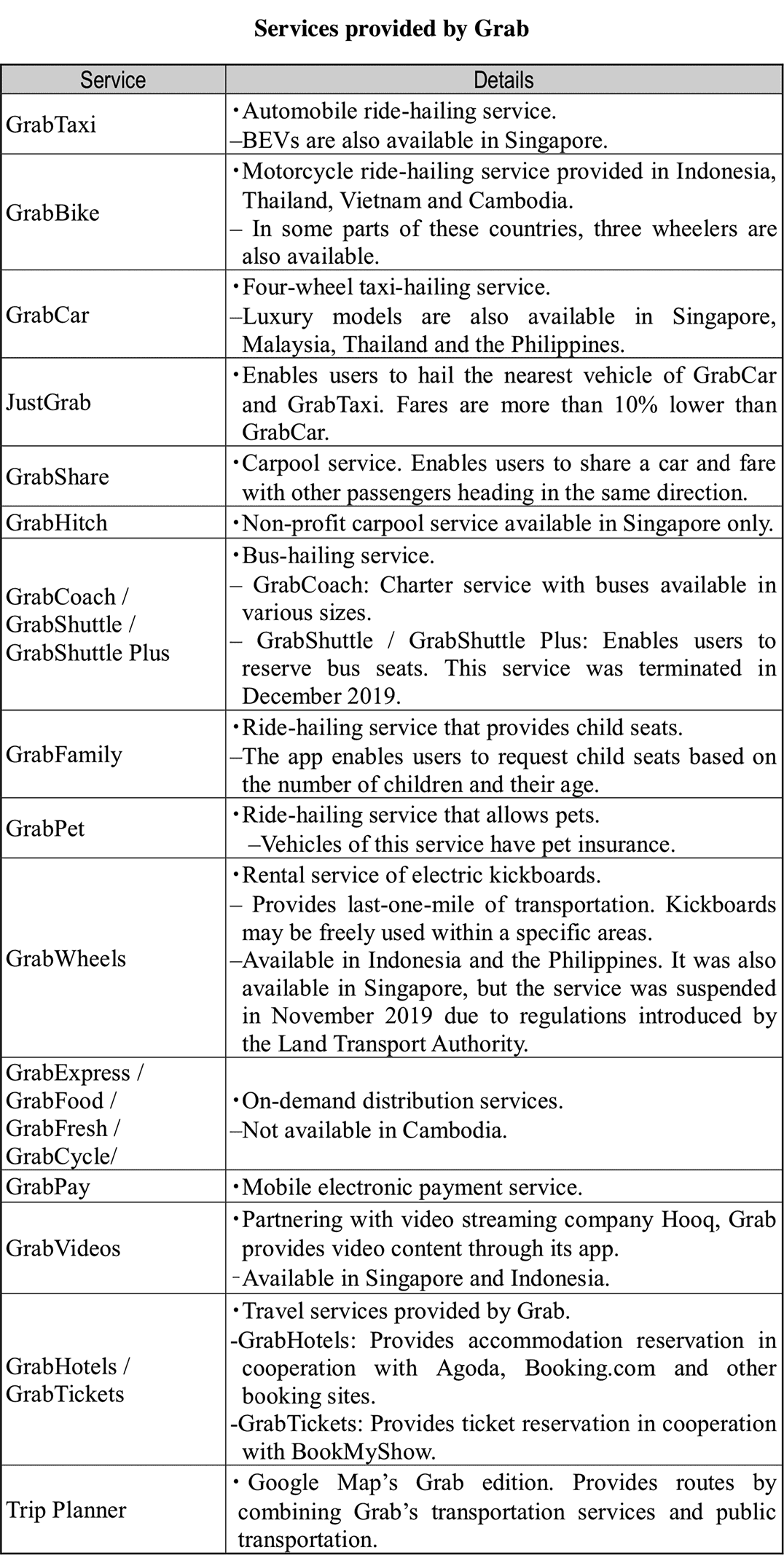