In 2019, Toyota Motor’s light automobile sales (Toyota and Lexus brands) in 16 Western European countries increased 4.3% year-on-year to 682,000 units, while the total market expanded 1.1% from the previous year, the automaker increasing its market share by 0.13pp. Except for 2017 when sales went up 11.6%, Toyota Motor’s sales are recovering at a single-digit pace for the past five consecutive years (sales peaked in 2006–2007 by exceeding 800,000 units).

In recent years, demand in Western Europe is shifting from diesel vehicles to electric vehicles such as HEVs and PHEVs. This rising demand in electric vehicles is driving up Toyota Motor’s automobile sales. In 2019, electric vehicle sales grew at a high level of around 17%. Compared to Japan, which was Toyota Motor’s largest electric vehicle market in 2019, the sales gap between Europe (80-90% of which is considered to be Western Europe) and Japan dropped from the previous year’s 151,000 units to 104,000 units. Moreover, in the first two months of 2020, sales in Japan stood at 88,000 units while in Europe reached 91,000 units, giving rise to the possibility that Europe may surpass Japan in full-year 2020. 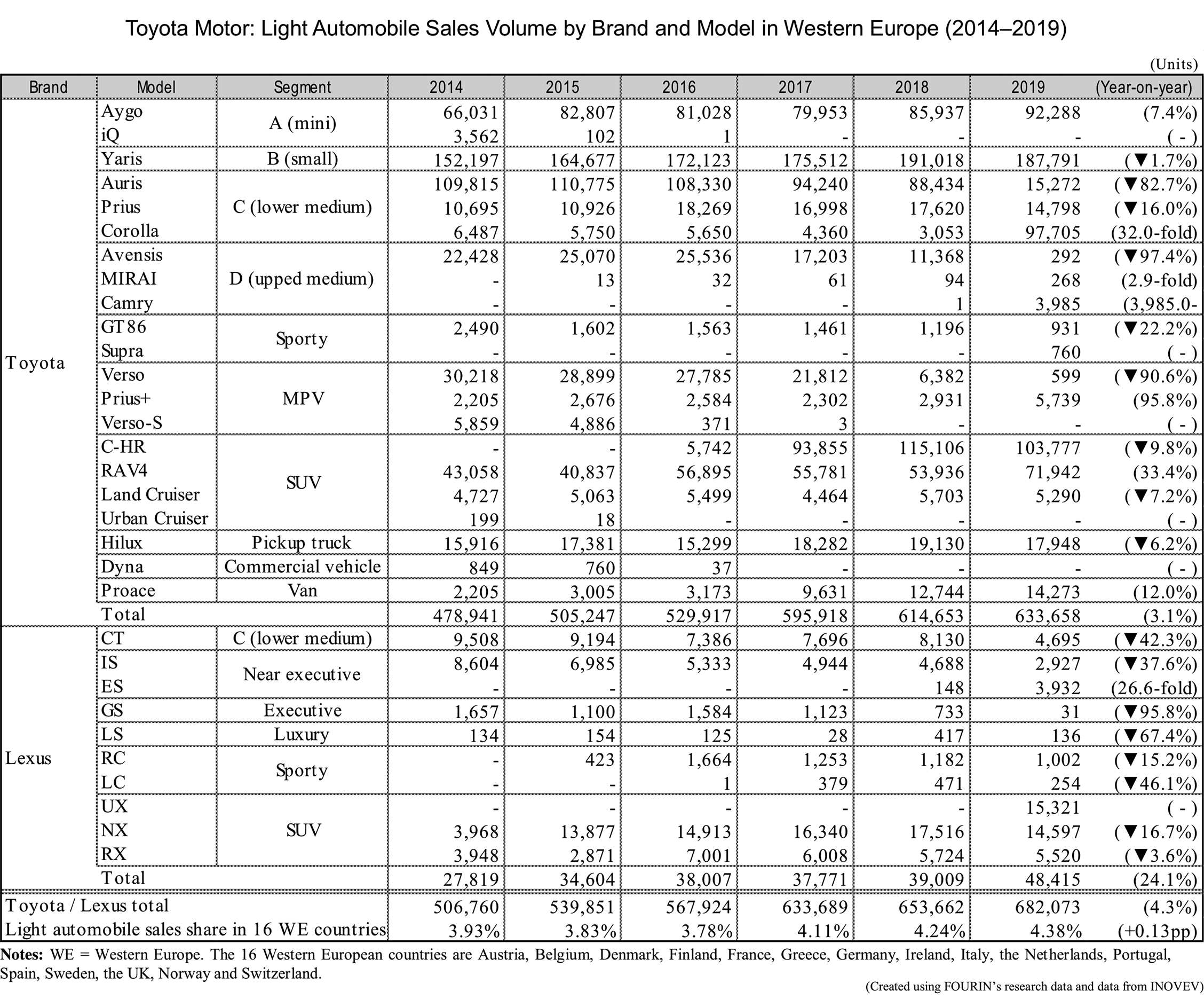