China’s xEV (electric vehicle = BEV, PHEV, FCEV, HEV) passenger vehicle production volume increased 6.4% in 2019 compared to the previous year to 1.31 million units, maintaining growth but the rate of growth slowed down significantly from the previous year’s 77.5%. Of which the production of NEVs (new energy vehicles = BEV, PHEV, FCEV) fell 0.4% to 1 million units due to the reduction of subsidies and the slump in the overall automobile market. Along with the introduction of stricter regulations on emissions and fuel economy, the production of energy-saving and fuel-efficient HEVs increased 37.3% to 308,000 units. One of the characteristics of the xEV market in 2019 was that NEV sales of foreign-affiliated companies and emerging Chinese manufacturers expanded, indicating rising demand for NEVs. Foreign manufacturers such as Toyota, Honda and VW launched NEV products one after another, and Tesla started local production. Meanwhile emerging Chinese manufacturers such as NIO, WM Motors and Xpeng, whose combined production exceeded 15,000 units in 2019, are promoting the use of advanced technologies such as connected and autonomous driving functions.

Looking at xEV passenger vehicle production by powertrain type in 2019, BEVs increased 11.5% to 840,000 units but PHEVs dropped 35.4% to 165,000 units. It is likely that the main reason for Chinese manufacturers decreased PHEV production is because PHEVs have difficulty obtaining CAFC and NEV credit which started to be applied in 2019. HEV production increased 37.3% to 308,000 units, with Toyota and Honda remaining the top HEV manufacturers. However, it is also worth noting the good performance of other PHEV products such as SAIC VW’s New Passat and Brilliance BMW’s 5 Series. 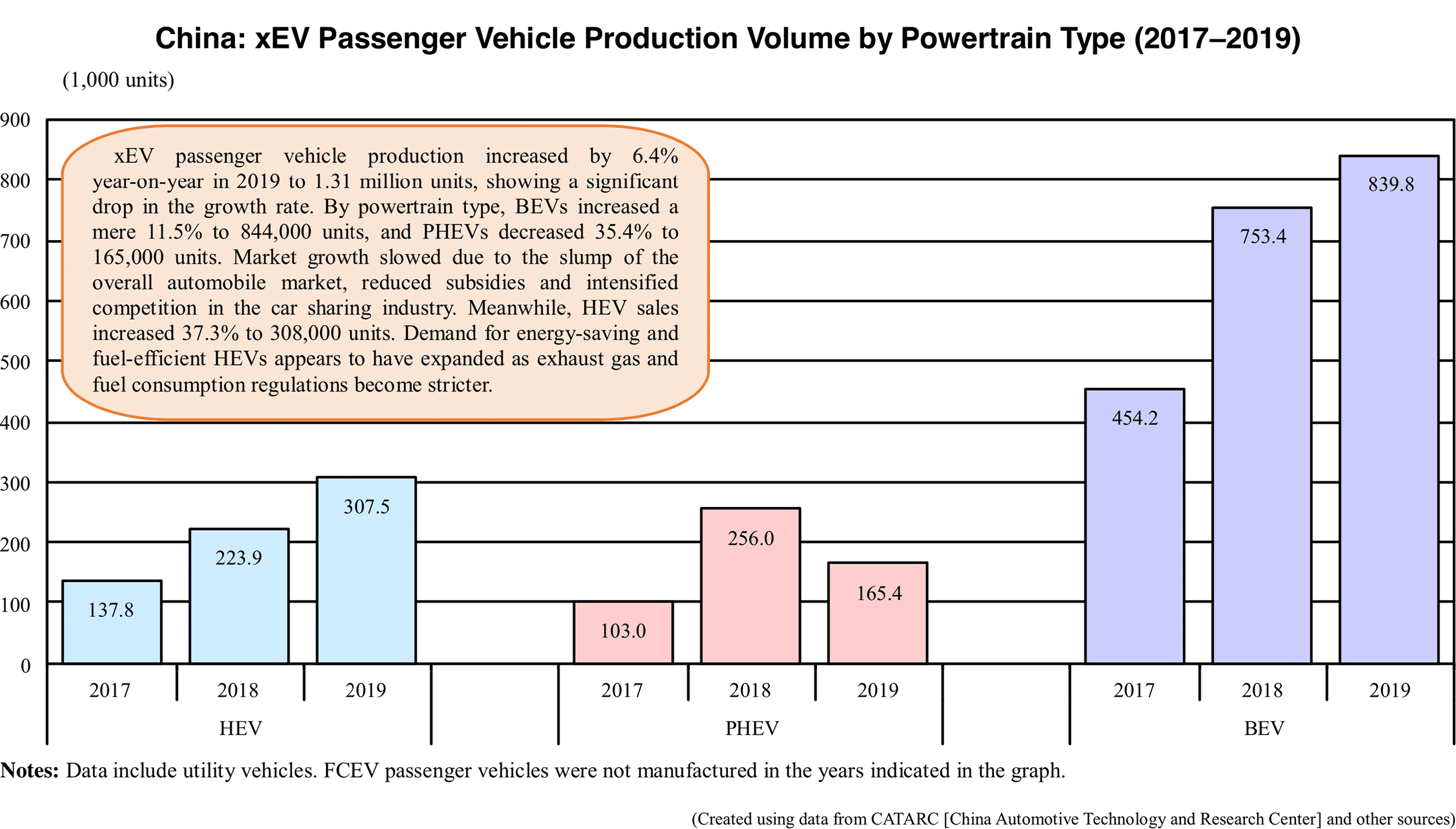 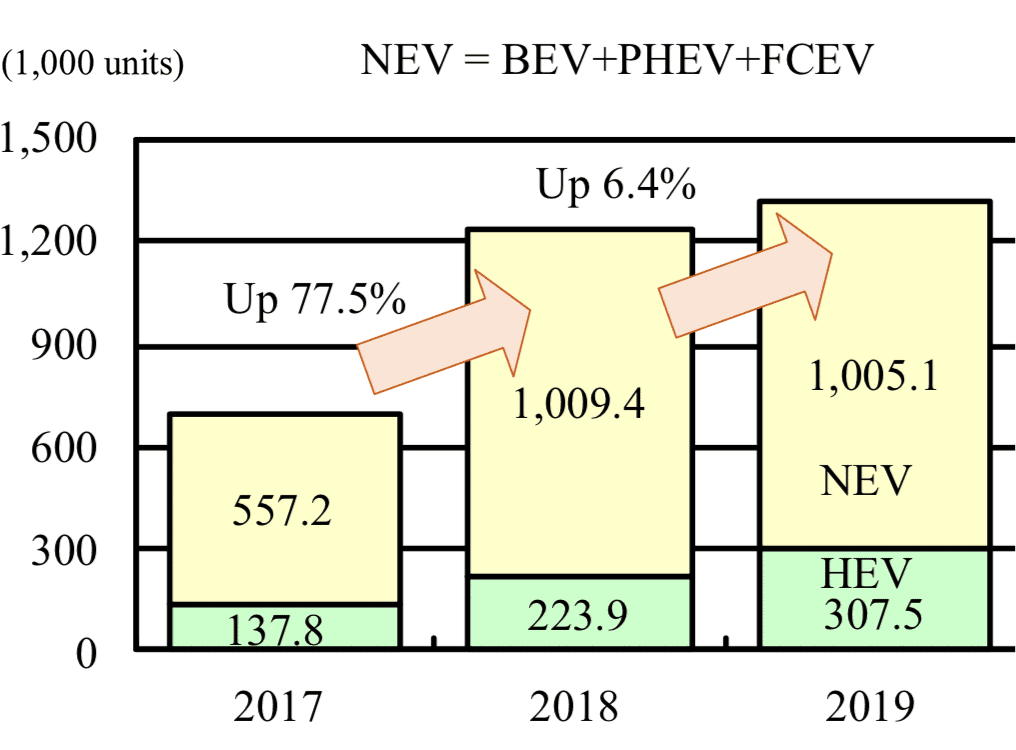 In order to stop the spread of the new coronavirus, economic activity was stagnant in China from late January to mid-February. As a result, xEV production in the first quarter of 2020 fell 50.0% to 148,000 units. In March, production resumed in areas where the infection was less serious, but as of the same month, many companies had operating rates below 50%. Under these circumstances, the cash flow of some manufacturers is expected to worsen, and the consolidation of the industry is likely to speed up after the infection subsides.