In 2019, sales of imported vehicles in Japan were down 4.9% year-on-year to 348,000 units. Due to consumption tax hike and a natural disaster caused by a typhoon, sales volume for the last three months of the year decreased 15.3% (down 24.1% in October) compared to the same period of the previous year, volume going down for the first time in four years. Foreign brands fell 3.2% to 299,000 units, falling below 300,000 units for the first time in three years. German brands decreased sharply, their share of all foreign brands imported going down 1.1 percentage points to 62.5%. On the other hand, French and Swedish increased sales. US brands boosted volume as well thanks to record-high sales of the Jeep brand. According to the Japan Automobile Importers Association, sales of foreign brands are expected to be 300,000 units in 2020.

Looking at 2019’s imported automobile market by brand (excluding Japanese brands), although Mercedes-Benz decreased by 1.5% to 67,000 units, it remained on top for the fifth consecutive year. The mainstay C-Class has maintained leading position in the D segment among imported models since 2015. In addition, SUVs, which have the largest imported product lineup with eight models, also performed well. Looking at the top 10 brands, Volvo Car, Jeep and Peugeot increased sales. Volvo Car increased by 6.8% to 19,000 units thanks to strong sales of the V60 and other next-gen models, and improved supply of the XC40 and XC60. New sales methods also increased sales. For instance, subscription sales accounted for about 9% of all sales. Jeep’s Wrangler, Grand Cherokee and Renegade realized record highs, overall sales increasing 16.8% to 13,000 units for the sixth consecutive year. Peugeot went up 7.5% to 11,000 units driven by the fully-redesigned 508 which went up 14.4-fold to 1,083 units. 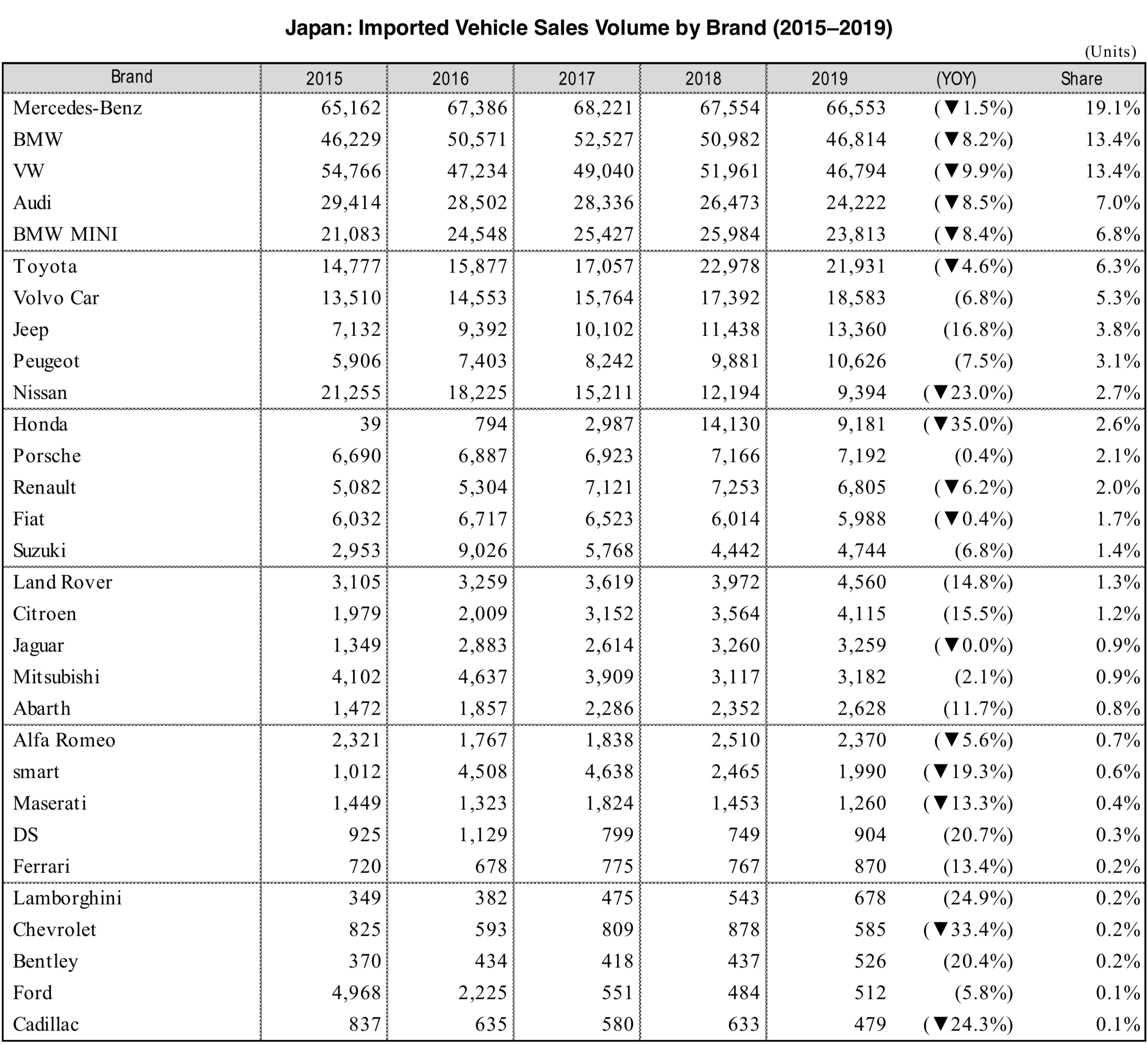 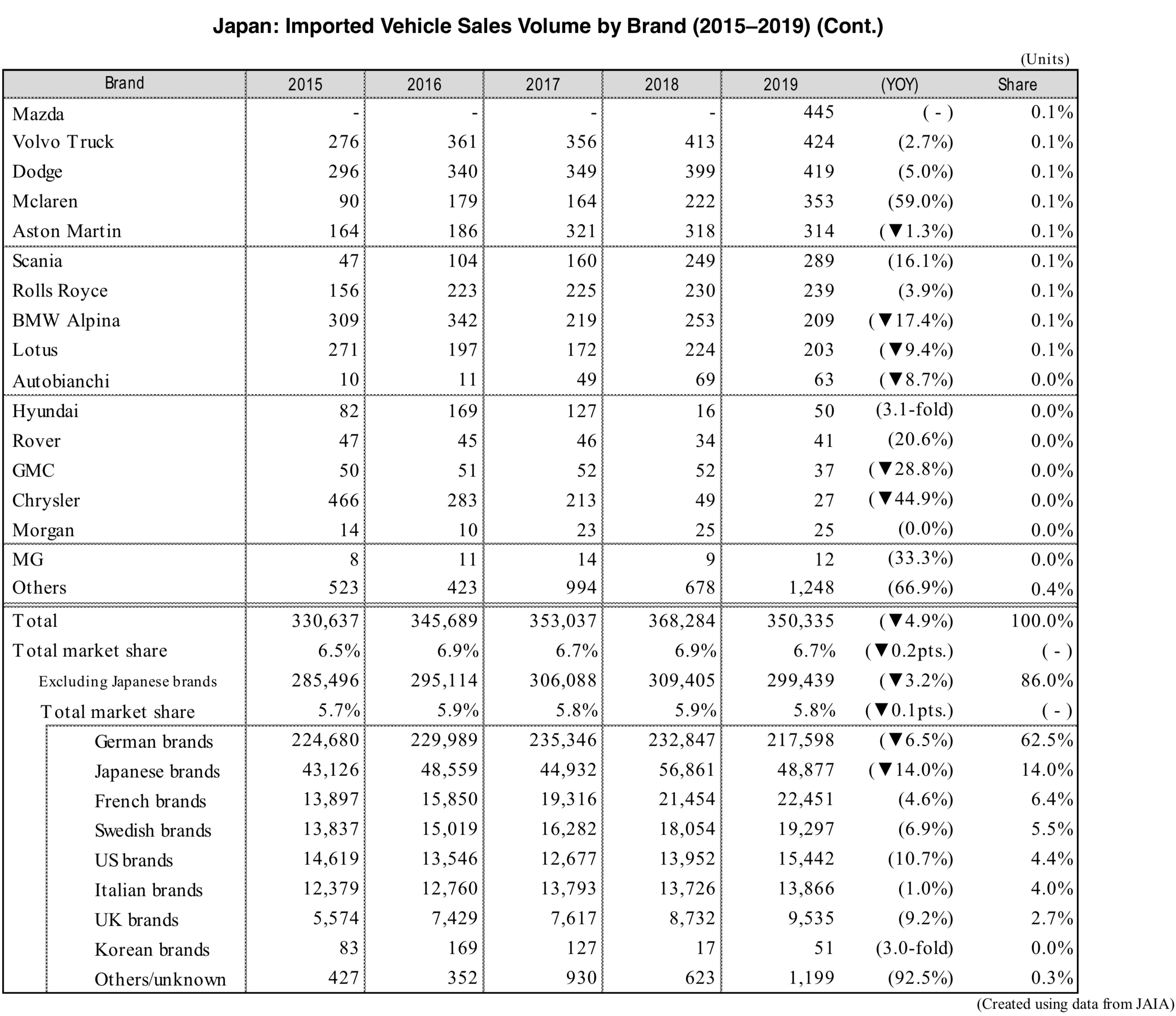